Disclaimer: If you are not caught up with Gilmore Girls or the revival, avoid reading this because of spoilers. I will be discussing major events from the series, plus the four episodes that were released last month.

I recently joined a Gilmore Girls group on Facebook. The big question that people keep asking is which of Rory’s three main boyfriends (Dean, Jess and Logan) turned to be the best for her/ who she should have ended up with in the revival.

“Why do you like Logan?” “Ugh! Are you serious?? You like Rory and Logan!?” “But he’s so annoying. He’s not good enough for Rory”. Yes, I like Rory and Logan and I am not ashamed to say it. Before you roll your eyes and close the tab let me explain to you why I like them.

I personally like Logan because he and Rory were able to grow as individuals and mature in not only their relationship, but in general. I feel like Rory helped Logan break out of his father’s mold and gave him the courage to take a chance on himself. She called him out for acting like a spoiled brat and she was always real with him. I like Logan for Rory because he respected her. He valued her opinion and liked that she wasn’t agreeing with everything she said. He encouraged her to pursue her dreams and reminded her of who she is, when she was discouraged. He knew the kind of pressure her grandparents were putting on her with marriage and her career, because he felt that from his own parents. Logan was good for Rory because he encouraged her to step outside of her comfort zone and always believed she could do anything she set her mind to.

If you recall, when we were first introduced to Logan, he did not give off the best first impression. He was rude, arrogant and straight up annoying. Logan was the definition of a spoiled brat. What myself and many other viewers began to notice was his other qualities. We began to see that there is more to him than being a “rich kid”. However, if you think about it- what person is gleeful, humble and likable all of the time? What displeased me is how quickly others are to judge Logan’s character and dismiss him for being the typical wealthy Yale attendee. A lot of people- especially those who are his age possess the qualities that we find annoying on Logan. Also, being in college where you have the liberty to say, act and do pretty much whatever you want can contribute to this type of behavior. Why should we judge him so harshly yet praise Rory’s other beaus when they are just as sinful? I.e. Jess acting like a jerk (many times) to Rory, Lorelai, Luke and everyone in town. Dean cheating on his wife with Rory, after breaking up with her. All of these guys are flawed in their own way. Instead of looking at the negative things, we should focus on the positive and debate based on those things who was best suited for Rory. Below are the main reasons why I believe Logan was the best fit for her.

Logan accepts Rory for who she is. He also recognizes himself. When Rory asked him what the deal is with them, and if he was ever going to ask her out he told her this:

I think it is incredibly brave for him to be honest with Rory. It shows how much he respects her. Logan isn’t pretending to be someone that he is not, or give Rory more than he is capable of. Too bad more people aren’t as open as he was. There would be a lot less confusion and frustration.

“You Jump, I Jump, Jack” in one of my favorite Gilmore Girls episodes because Logan encourages Rory to “live” a little and try something she has not thought to do, even in her wildest of dreams. Rory is drawn to Logan because of his adventurous spirit. He is not shy when it comes to exploring new places, things or opportunities. Rory has always played it safe, and she is so clearly craving something new. Logan encourages her to stop thinking about the “what if’s”. “What if I don’t like it”? “What if I make a mistake”? As he reminds Rory (and us) trying new things can “be fun, it’ll be a thrill” Maybe “something stupid, something bad for you. Just something different”.

3. He Changed For Her

After spending time with Rory, he realised that he could indeed be her boyfriend. I love his confidence in himself. “If I say I can do this, I can do this” is probably one of my favorite Logan lines. He did a complete 360 to keep Rory in his life.

They are always there for each other. Even when Rory had the not so brilliant idea to steal a yacht, Logan went along for the ride. He didn’t mind the fact that they were caught and spent the night in jail. All he asked for was honesty in the future as to why they’re committing a crime.

Don’t forget about the Huntzberger dinner disaster, when his parents were opposed to him dating Rory and made it crystal clear that she does not have a place in the family. Logan stuck up for her. He disproved his parents point about Rory and told them to more- or- less buzz off.

He dropped everything for her when he heard Richard had a heart attack. Plus, he helped her send out the Yale Daily News when the entire staff was short and under a great deal amount of stress.

I spoke with a few member of Team Jess to get the inside scoop as to why they deem Jess as the golden boy. Here are the reasons I was given as to why Jess is better for Rory than Logan could ever be.

Logan cheated on her:  I do not believe for one second that Logan actually “cheated”. They went months without talking after their heated and very public argument. Not to mention his sister called Rory to send her regards for the breakup. Rory says that he cheated and never called her to work things out- well sweetie, the phone works both ways. She could have just as easily called Logan to work things out. Instead Rory waited and he tried to move on. If he was seeing someone else WHILE he and Rory were together, then that would be cheating. Not to sound like Ross Geller here, but…

Jess reads and understands Rory better: Not to be rude here, but are we forgetting who the heir to Mitchum Huntzberger aka bigshot Journalist and Newspaper Conglomerate CEO is?? Logan was born and raised into a journalistic family. He even joined the Yale Daily News. Just because he does not aspire to be a journalist or writer, does not mean you can deem him to be ignorant towards literature or the art that is writing. Afterall, Doyle raved about how excellent of a writer Logan is, when he isn’t even trying. He is simply writing the Yale pieces to keep his father happy and off of his case.

“Well, I’m beginning to learn about reality. I grew up with a lot of privilege.” -Logan Huntzberger

Logan is spoiled: When we were first introduced to Logan, he was quite spoiled. He had little regard to other’s financial state and he bragged about his wealth. As the series progressed, we saw another side of him. Logan turned his back on his family for Rory, started working and making a name for himself without his father’s handouts.

He’s not reliable: Bull. Every time Rory needed him, he would drop what he was doing and help her/ go to her. Logan kept his relationship with Rory a top priority when he moved to Europe. He kept his word for when he would be flying in to see Rory, calling her and having her travel to London to see him.

In the end, Logan proved that he can keep up with the Gilmore Girls. These are a few of my favorite Logan and Rory moments. 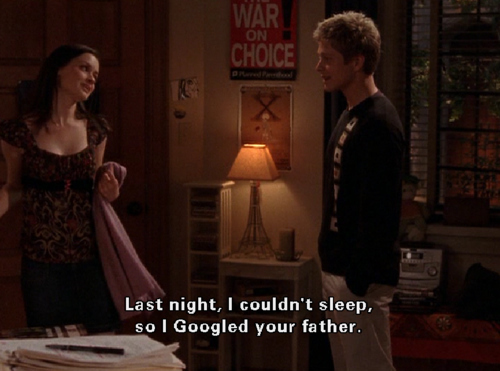 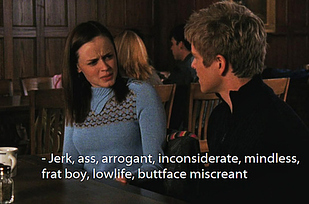 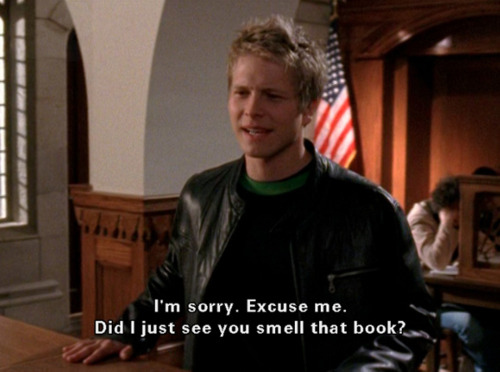 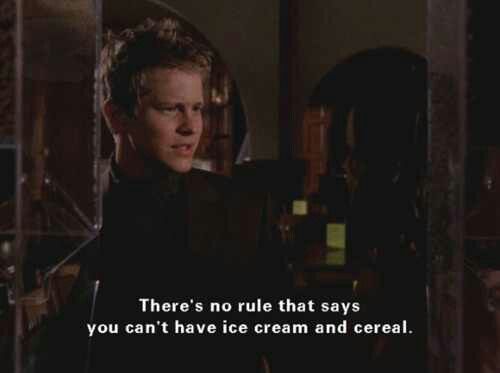 I understand that not everyone will agree on Logan being the best for Rory. Please remember to be respectful of other’s opinions.

Let me know your thoughts. Are you team Dean, Jess or Logan and why? 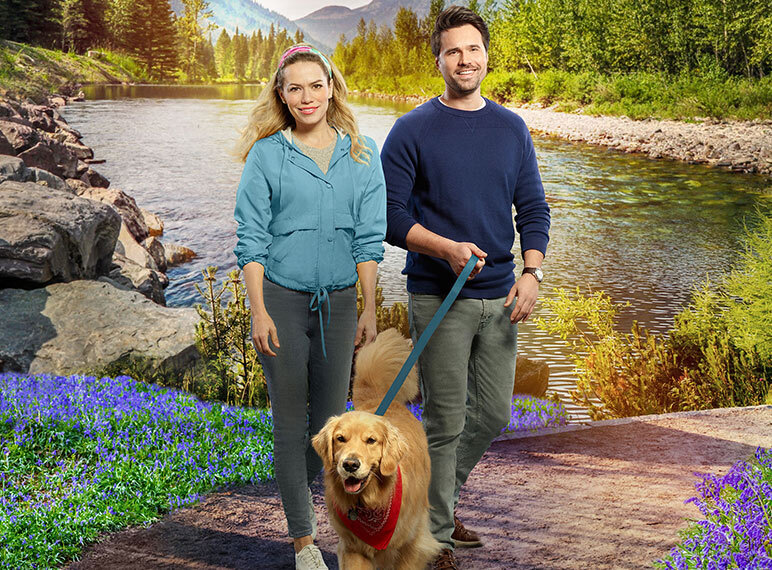 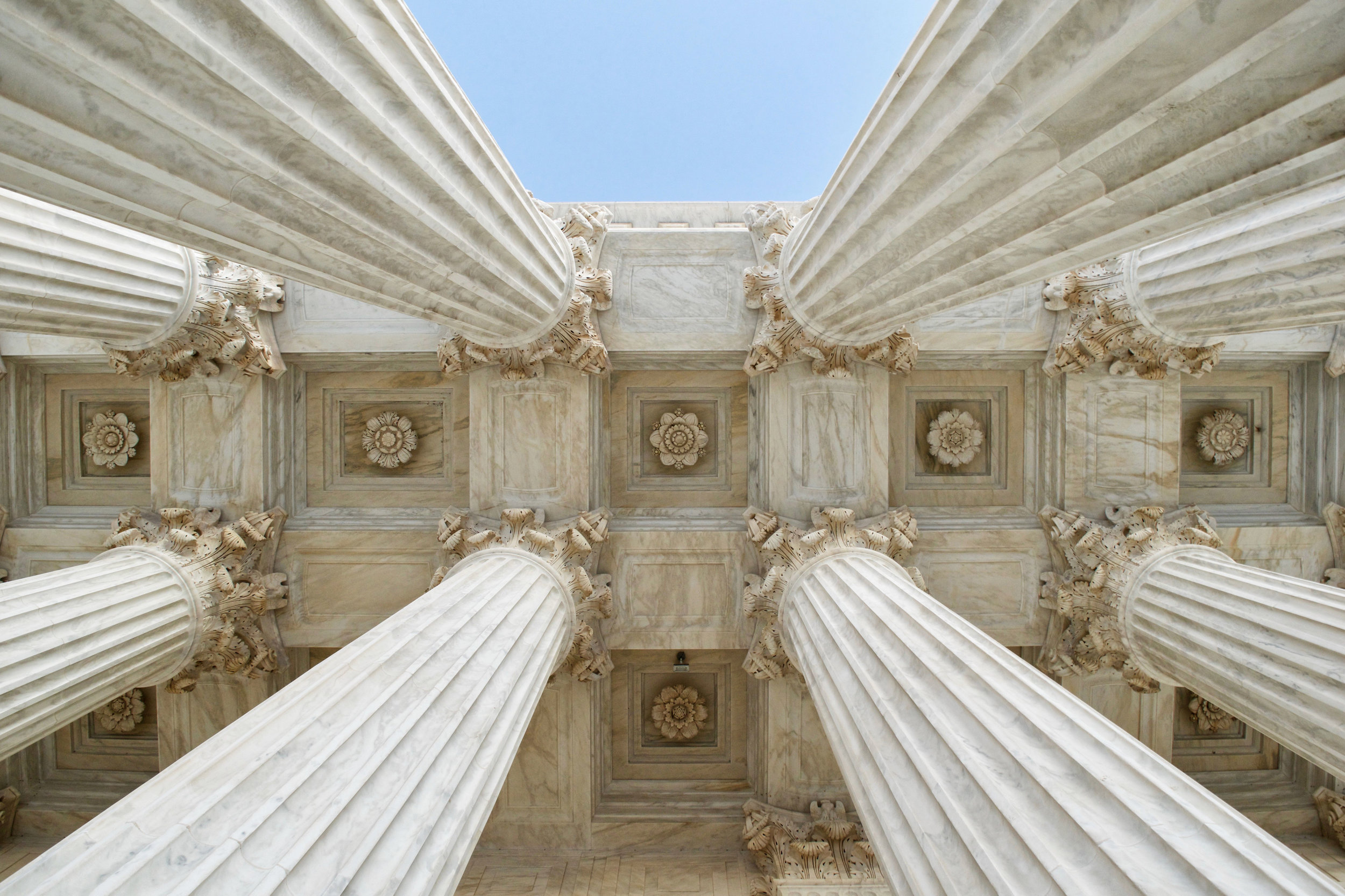 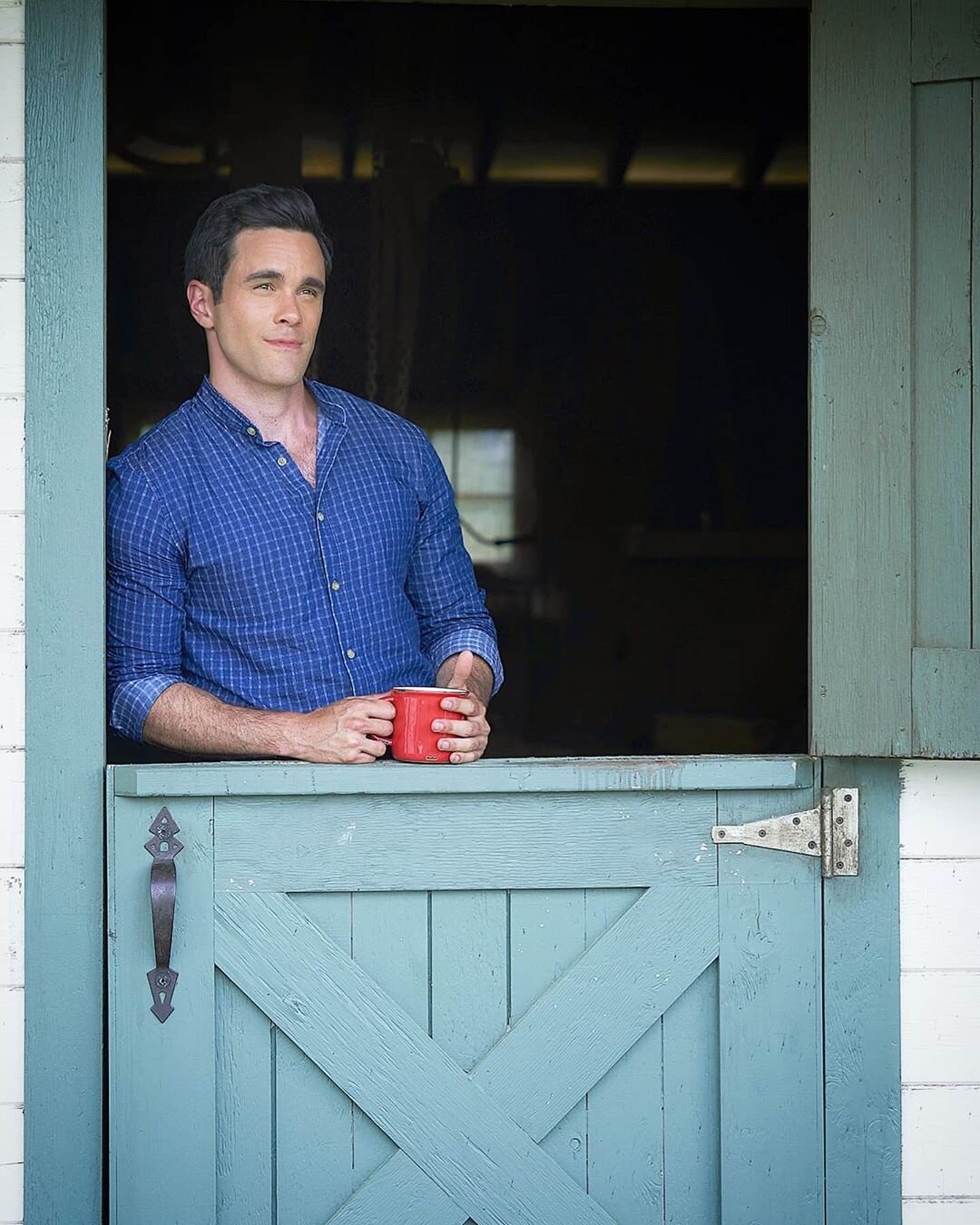 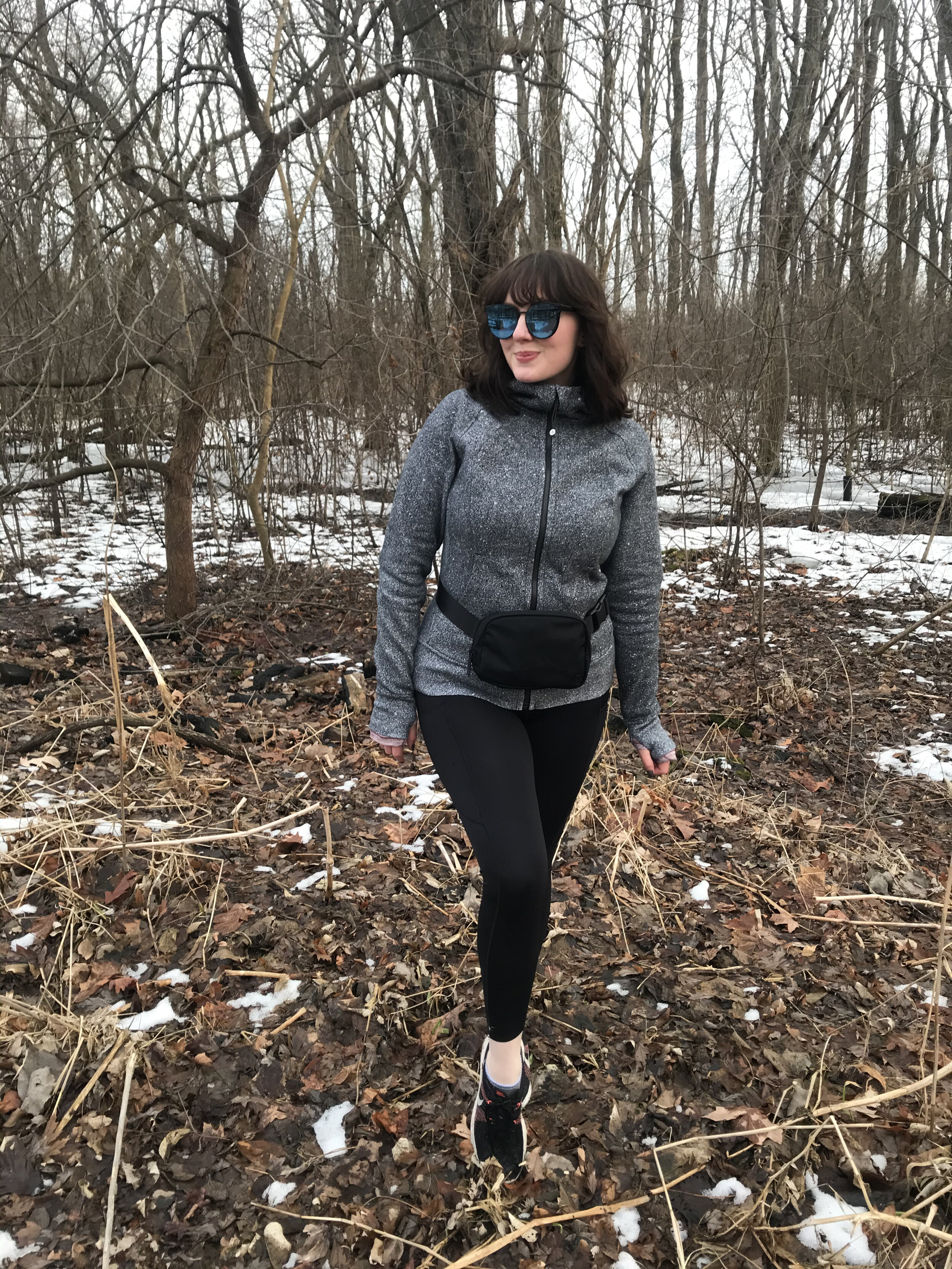 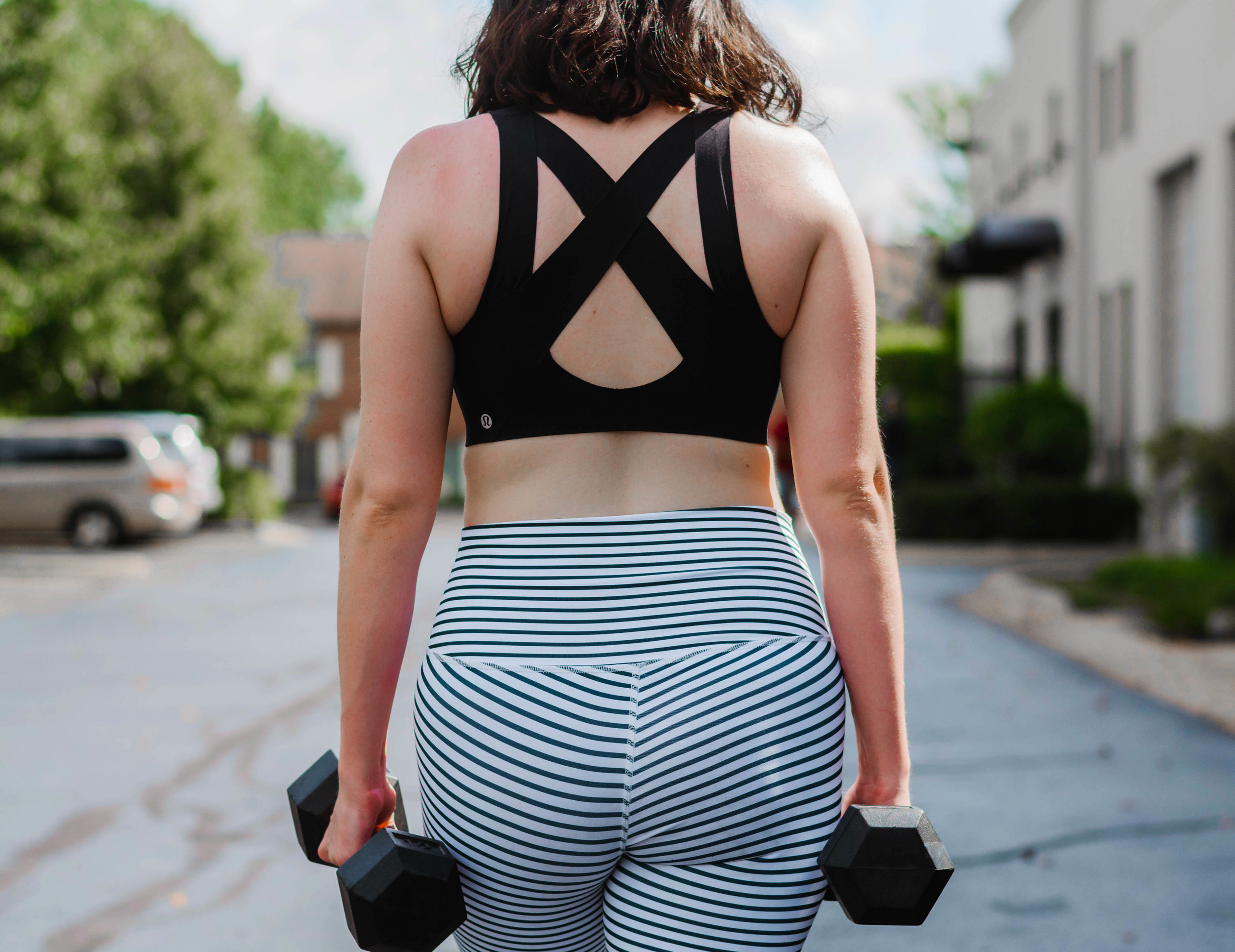 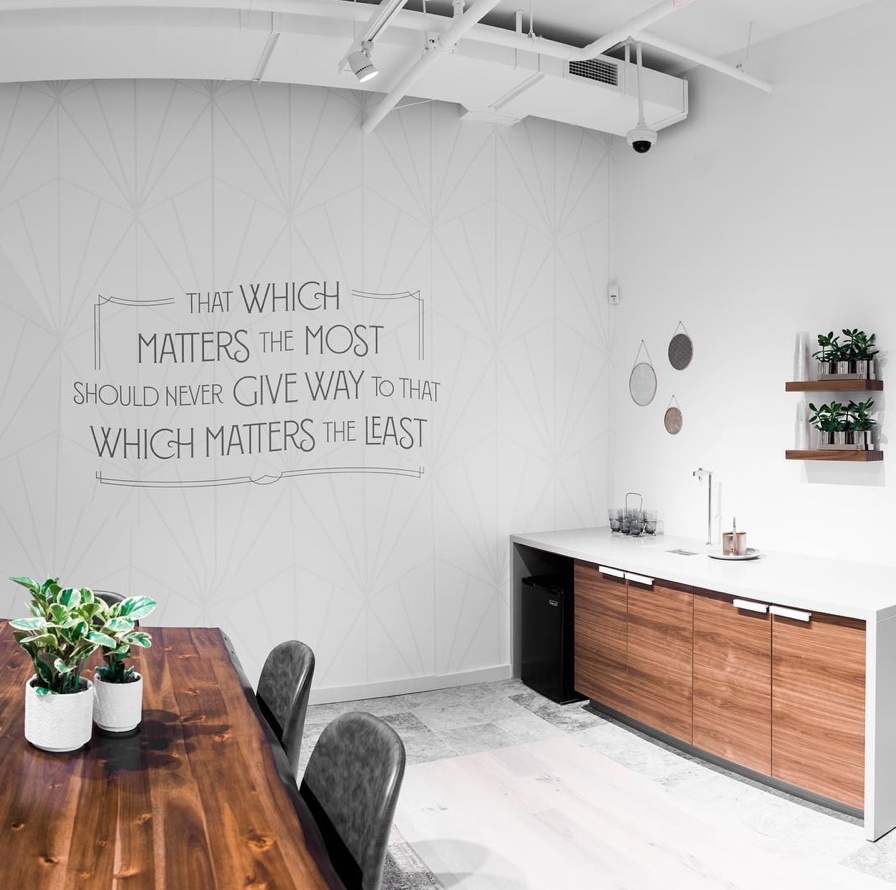 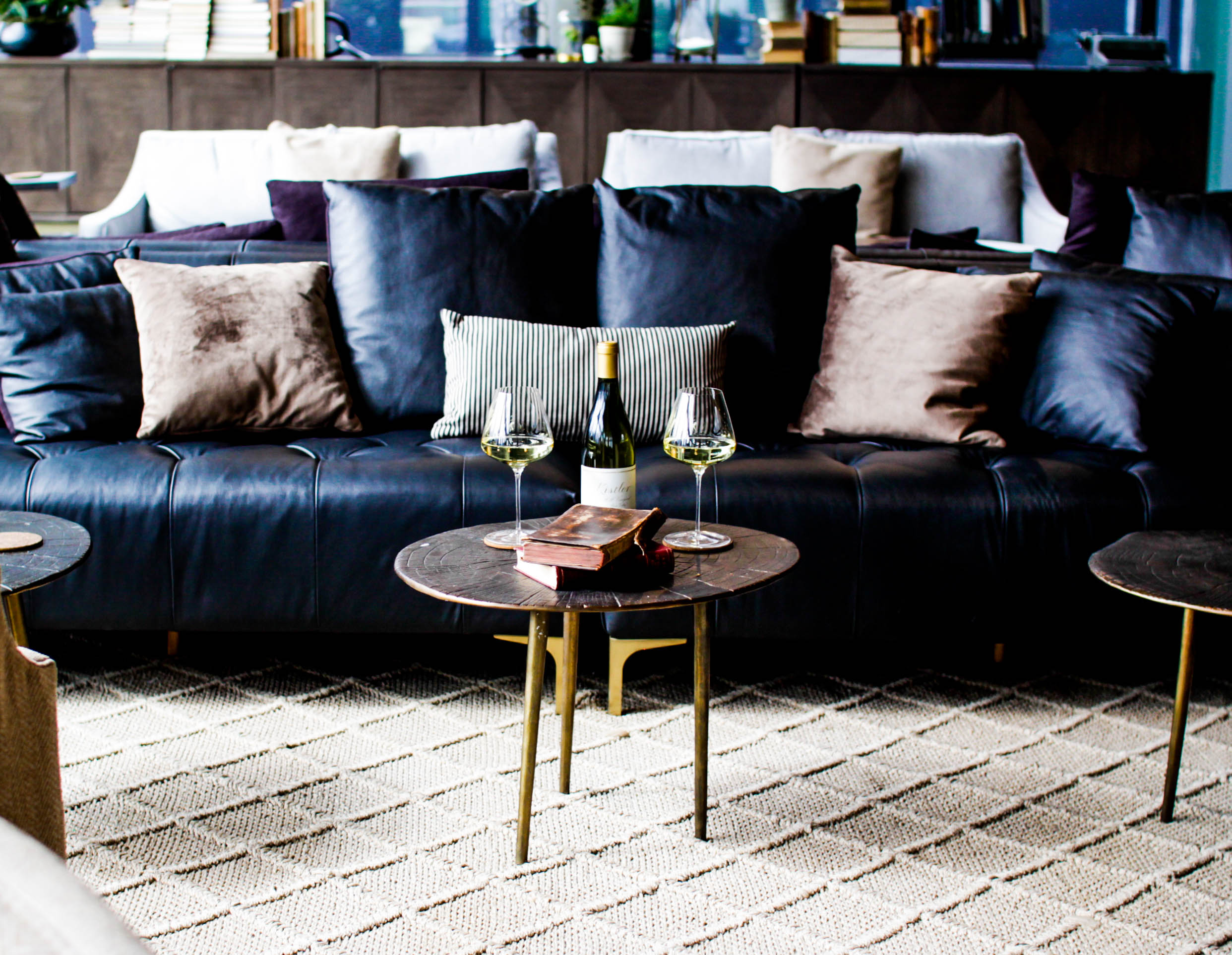 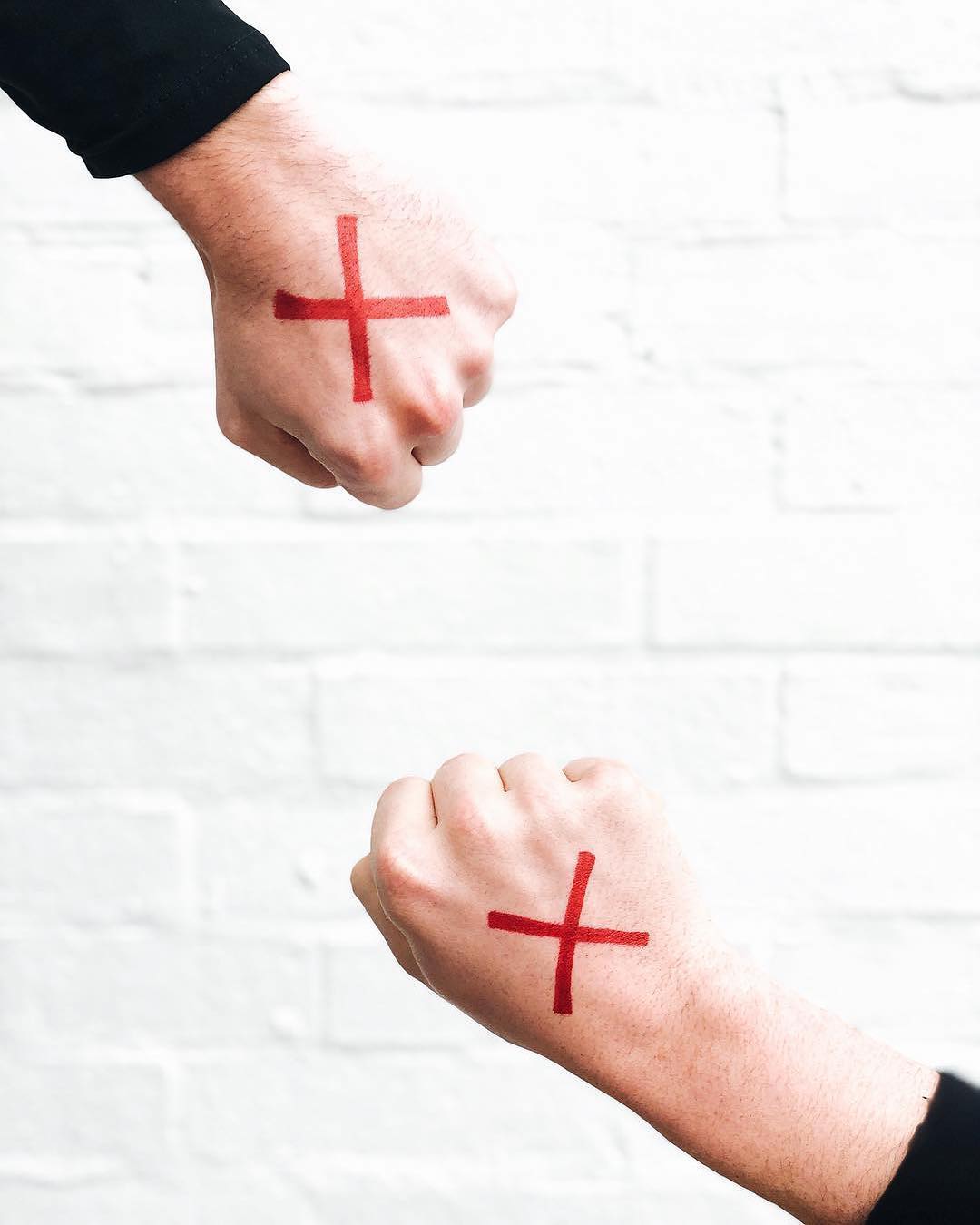 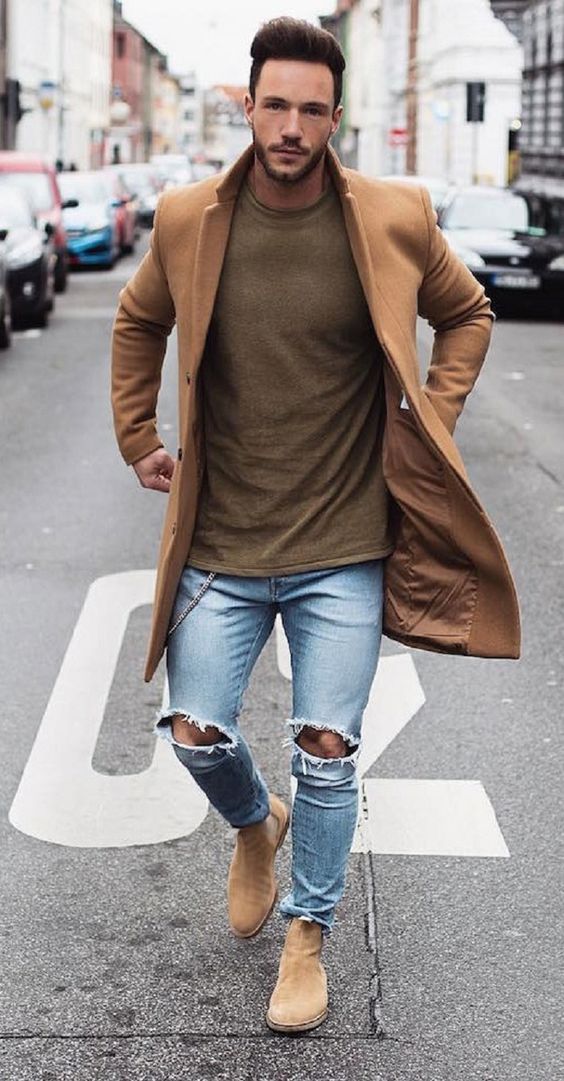 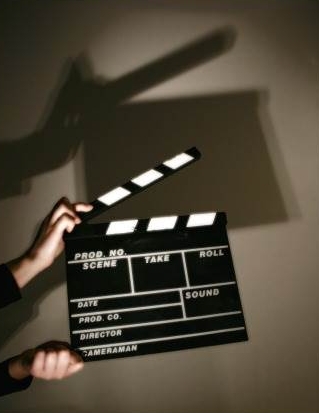 Happy New Year!!! I hope everyone rang at the start of 2017 with nothing less than laughs, excitement, and eagerness. I have a great feeling about this year. There are quite a few things I am looking forward to especially in the entertainment industry. I have watched trailers for upcoming movies that will be released… 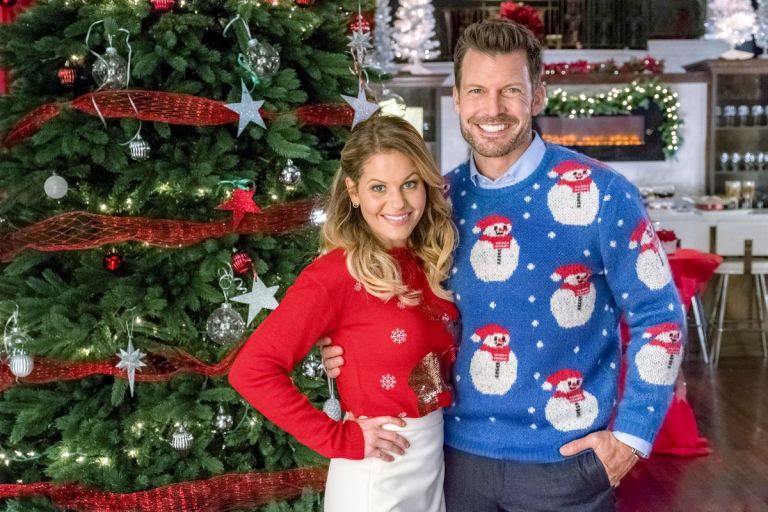 It’s official, The Hallmark Channel has started their Countdown to Christmas, and this is their 10th anniversary! There are all new movies airing this season leading up to the holiday, plus favorites from the previous 9 years. I’ve put together a list of 50 Christmas movies I’ve watched over the years. Almost all of the… 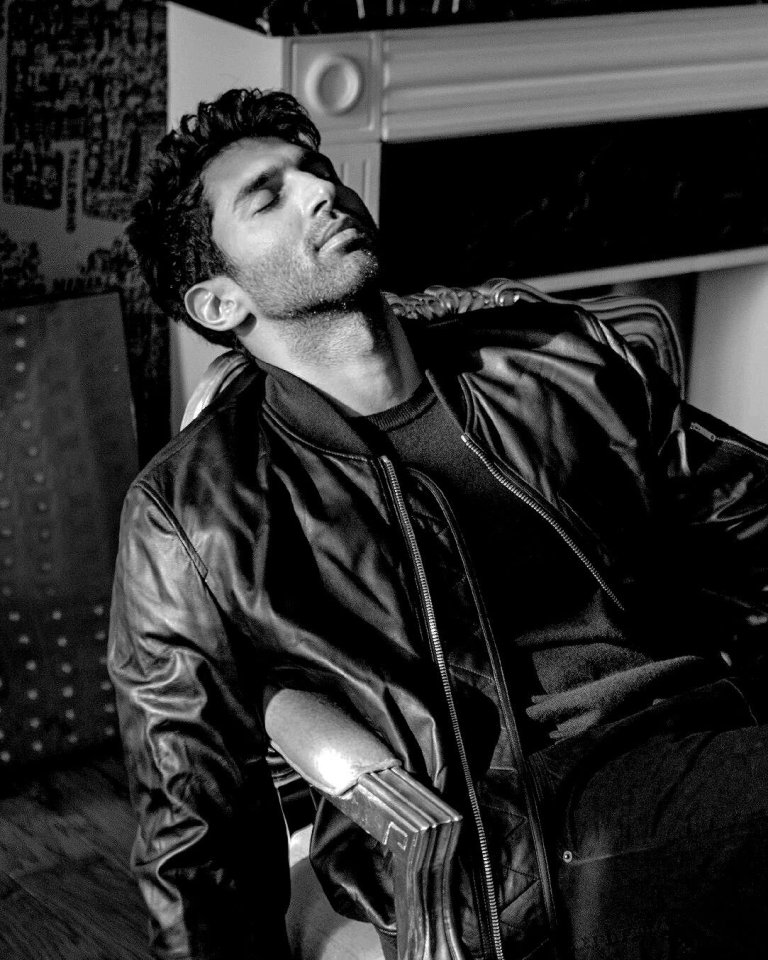 Crying over Bollywood movies has pretty much become a daily thing. It’s fine. I’m fine. Everything’s fine- really… I just love Bollywood. August was the discovery of Bollywood for me and in that span I think I’ve watched about 40 movies (and the list continues to grow). These are a handful of the movies that have stayed with me on my Bollywood binge journey. 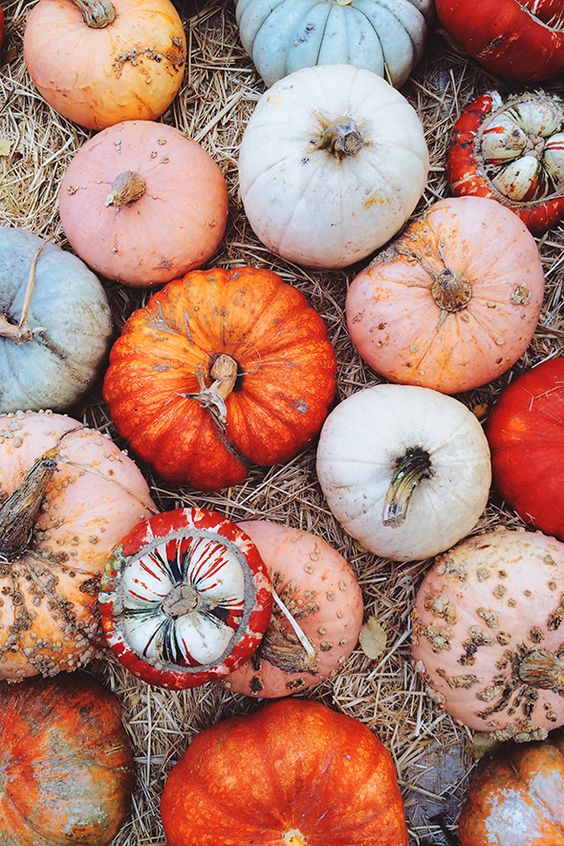 What can I say, I’m a hallmarkie- I love all things Hallmark Channel. Autumn is one my favorite seasons and I’m sharing 10 movies you’ll fall in love with (see what I did there?). That’s another thing you should know bout me, besides binge watching the Hallmark Channel, I never miss an opportunity to throw… 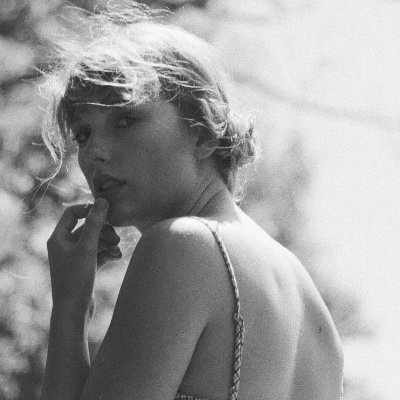 Today I’m grateful to fall prey of reaching for my phone before I can manage to wipe the crusties of sleep from the corners of my eyes because there- in front of my face- was the all caps “this is not a drill” urgency style text from Rachel, relaying that TS8 is here and a… 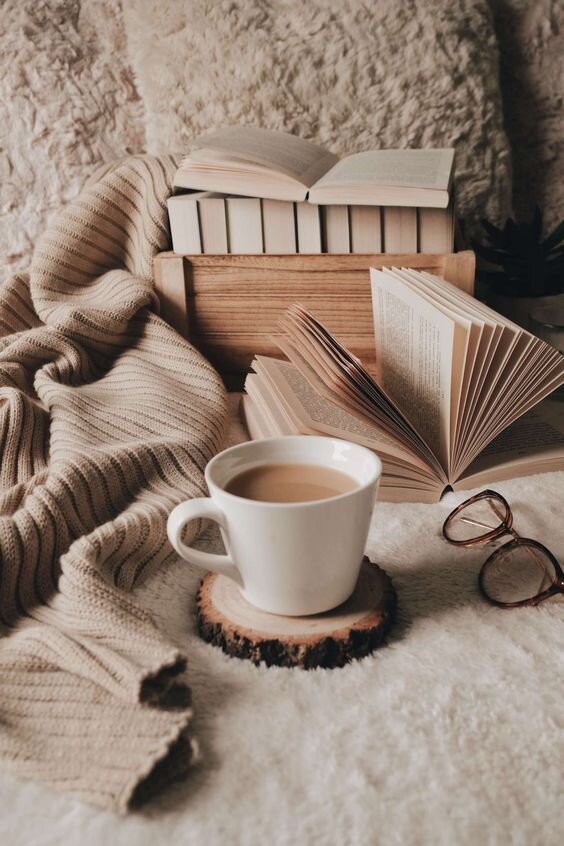 I’m Starting a Free Virtual Book Club Calling all readers! I’m kicking off summer with a virtual book club! The first story we’re reading and the world we will be diving into is Realm Breaker by Victoria Aveyard.⁠⁠ I’ve listed the book synopsis below and links where you can purchase it. We will meet on…