Why “The Musketeers” Is The Greatest Show To Exist

Over the weekend I binge-watched a show called The Musketeers. I still can’t believe how fast I watched 30 episodes and I wish I had savored them more because I miss the wonderful world of The Musketeers. Set in 17th century Paris, musketeers Athos, Porthos, Aramis and D’Artagnan are members of an elite band of soldiers who fight for what is just. They are heroes in the truest and most abiding sense – men that can be trusted and believed in to do the right thing, regardless of personal risk.––The Musketeers.

This review does not include spoilers.

What is the show about?

“In this retelling of the classic Dumas story, law and order is more of an idea than reality in 17th century Paris. Athos, Porthos and Aramis – the best musketeers in the King’s regiment – are sent on a mission to find a missing musketeer carrying important letters on King Louis’ behalf. But their task is made more difficult by Cardinal Richelieu, who is on a mission of his own to sabotage the musketeers’ good reputation in an effort to increase his political power. As fellow musketeer d’Artagnan – who is from a different company than the other three – travels from his family’s farm to Paris, his plans are forced to change when a loved one is killed and he must find Athos, Porthos, and Aramis to find the killer and seek vengeance for the crime.”

How Many Seasons Are There?

There are 3 seasons. BBC canceled the show in the last season HOWEVER, the showrunners were able to tie everything up, leaving no loose ends/loopholes/questions. I would have never known the show was canceled based on how much the ending made sense.

To avoid spoilers, here is the Amazon Prime description for the plot of season 1:

Set on the streets of 17th-century Paris, where law and order is more an idea than reality, The Musketeers follow the horse riding, sword-wielding Musketeers Athos, Aramis, and Porthos. Far more than King Louis XIII’s personal bodyguards, they ultimately stand resolutely for social justice: for honor, for valor, for love, and for the thrill of it. 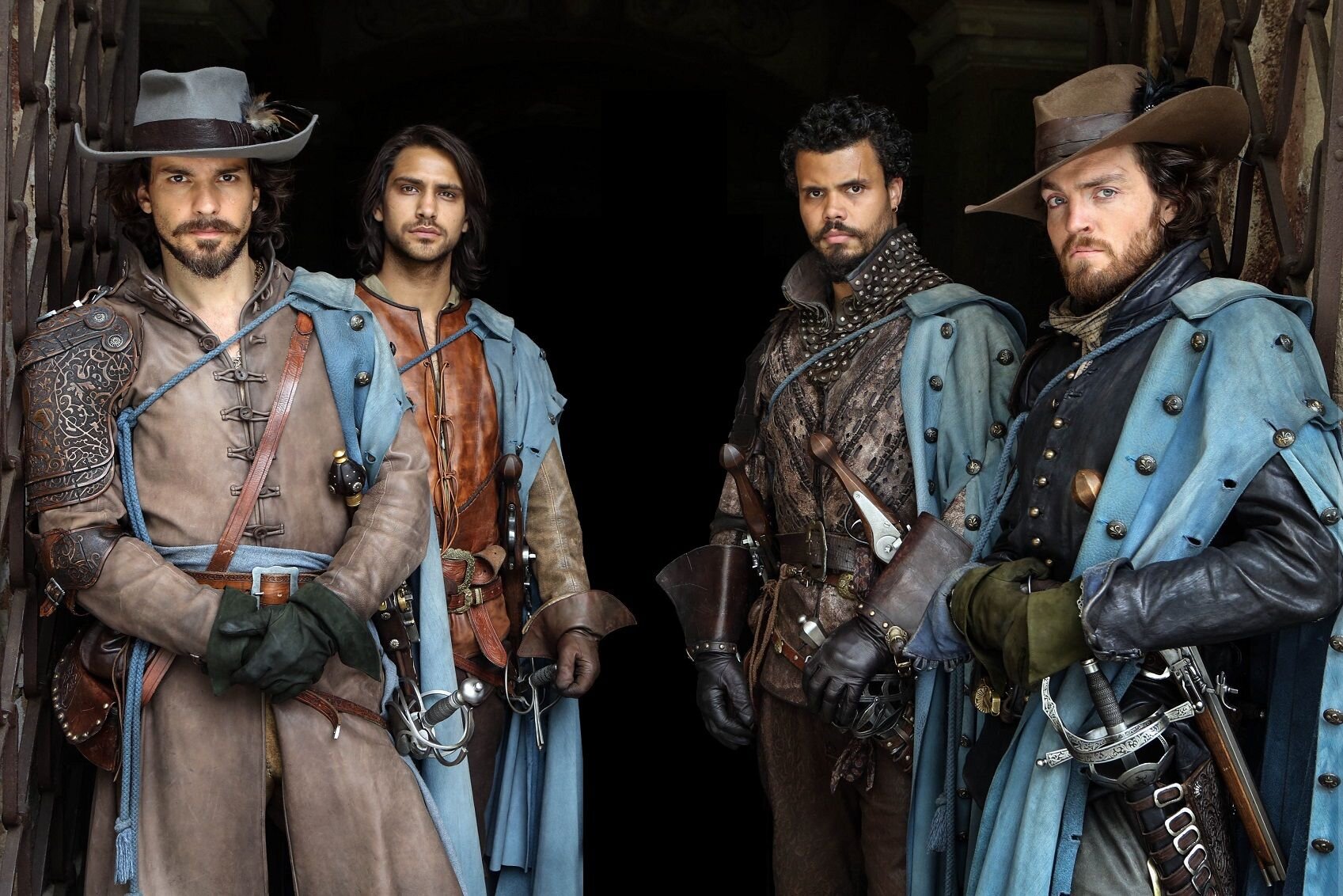 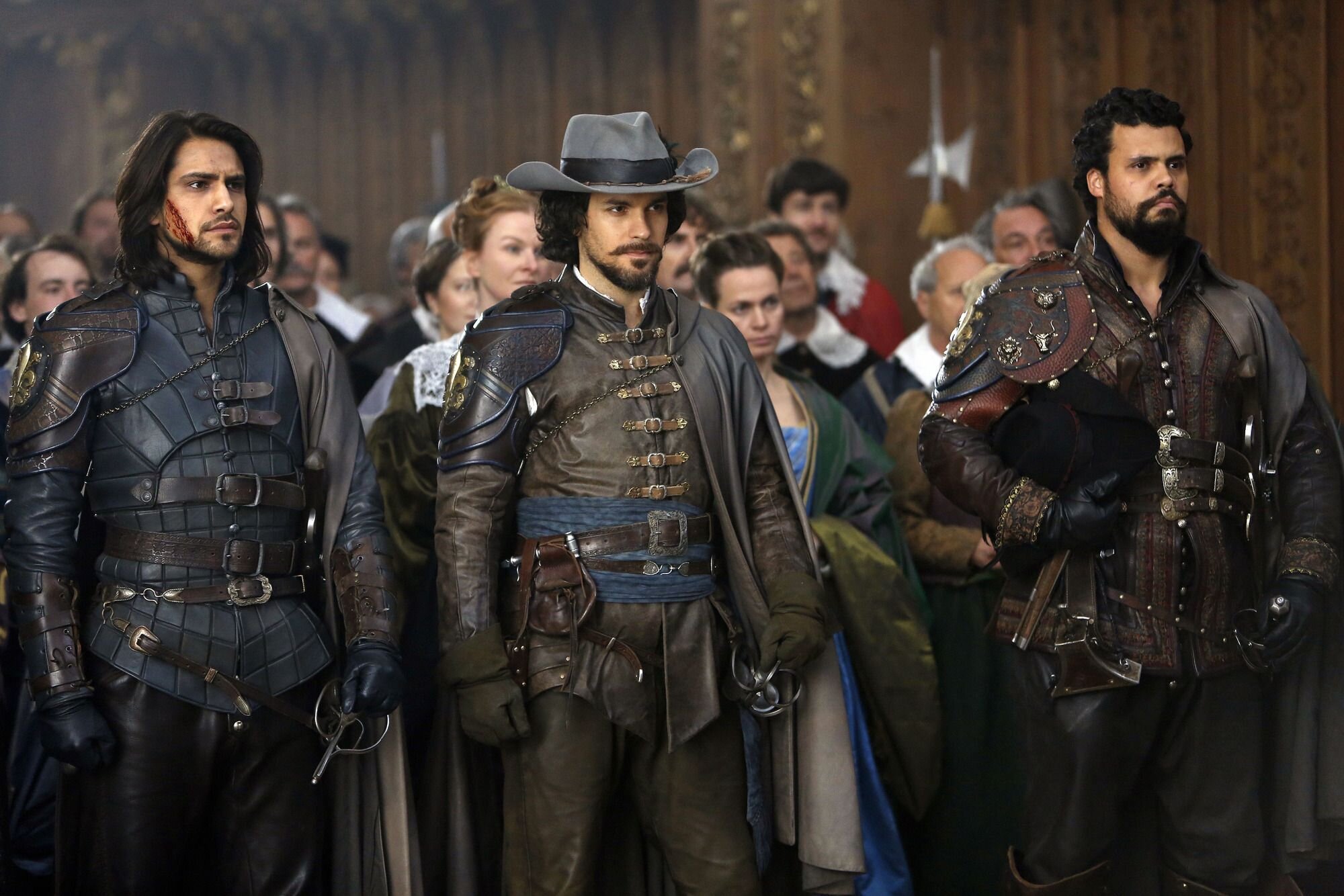 Throughout season 1 we are introduced to The Musketeers and co. the writers have done an excellent job with establishing their core values, showcasing their hopes, dreams, and revealing each Musketeers’ greatest fear. However, those bits of information aren’t revealed and left hanging. Those threads are continued throughout season 2 and season 3. The show writers have done an excellent job of remembering the pieces they have shown us and have added and developed Aramis, Athos, Porthos, and D’Artagnan. I also enjoy how their careers evolve and the various paths each man take while journey through the expectations of a Musketeer.

Phenomenal. So many historical/period dramas tend to drag on and include a lot about politics that I just don’t care to hear about as in-depth as they were written––this is not the case with The Musketeers script. Each sentence, scene, and mention leads to a larger purpose and contributes to the overall plot. Anything “insignificant” in the viewer’s eyes tends to come back in later episodes and other seasons as a major revelation/key. There is nothing boring, slow, or skip-worthy in the series.

The backgrounds are absolutely stunning. There are many 17th-century Paris city shots and the decor inside the palace and throughout the other sets add wonderful visuals to transport us back in time.

Each episode has its own story which is then a part of the series. I’m not going to say what the big season 1 plot is, but in addition to THAT, there are other subplots that are solved in each episode. Having this pairing allows for you to sit down and watch one episode and not feel like the show is dragging on, boring, or dull. It adds an extra layer of excitement and keeps you engaged to continue on. Plus, it helps to showcase what the life of a Musketeer could have been like––always on the go and onto some big plan.

Click here for an overview on the rating system!

What I enjoy about this show how all of the things I like are tied together. This is a period drama that has incredible action scenes, tender moments and true love, and is so boldly centered around social justice. The Musketeers balances all of these aspects and more without tipping the scale to let one theme overpower the other. Overall the show is uplifting, challenging, and entertaining without being too much of anything. It is a rarity for me to stumble across a show that is able to maintain the interest, integrity, and writing from the first to the last episode. The Musketeers is a show you will not only fall in love with, but wish there was a way to re-watch with fresh eyes.

HAVE YOU SEEN “The Musketeers”? WHAT DID YOU THINK OF IT?