Are you one of those people who eat ice cream all year round? Who shiver in 10 degree weather with snow falling and a trembling hand trying to warm up as “one more spoonful” of ice cream turns into half the carton? I’m that person. Ice cream has always been my #1- that was until I discovered gelato. I remember when I was younger trying this dessert for the first time and instantly falling in love. It was like ice cream but better, which I never thought could be possible. As much as I love gelato, I’m not a fan of all kinds. Some brands carried at local grocery stores can taste rather bland. Here’s where Frost comes in. I was SO excited to find out I live close to a place that sells tasty (and allergy friendly) gelato/ sorbet- talk about a win!

For those unfamiliar with gelato, let me give you the scoop (get it?)! As the Frost website says: “the stories surrounding the creation of gelatos and sorbets throughout history have been sparse and vague. However, one thing seems apparent: every story ends in Italy”. Well, this one does too. Italy Magazine tells us gelato and sorbet was discovered nearly “12,000 years” ago- talk about ancient! Previously using “up to 100 kilometers to collect ice” and snow, mesopotamians would use it to cool drinks (specifically those of royal descent and religious ceremonies). The 11th century Arabs later discovered something called “shrb“, a “sugar syrup” used as a “base for making fruit sorbets, medical herbs, spices and flowers”. Gelato became famous when the 1686 “Café Le Procope” opened in Paris after “Cosimo Ruggieri, who is credited with creating the first gelato flavor” presented it to the Medici family (known for banking, politics and later becoming a royal house), in Florence.

Did you know before Cosimo opened the cafe, gelato (and sorbet) was only accessible to the wealthy? The ice and salts needed were too expensive for a “commoner” to purchase.

Americans debuted the automatic ice cream machine, popularizing ice cream and gelato production and popularity even more. By the 1950’s gelato was know for the “flagship”, “Made in Italy”.

A doctor in the 19th century, Filippo Baldini, composed a written treatise (work dealing formally and systematically with a subject.) stating gelato and sorbets are actually good for the mind and body! His exact words were ” it is important to point out that sorbet can fortify the body and exhilarate the spirit“. Read the original Italian documentation here!

Did you know there is a Gelato Museum? It was inaugurated in Italy, September 2012.

Frost was born when two travelers were overheating and on the hunt for something to cool them off. Stumbling upon what they later discovered to be gelato, they were astounded by the rich, creamy consistency of the cold dessert asking “is this ice cream”? From that day on, the two made it a priority to taste the “finest gelato” for the remainder of their stay in Italy. When they arrived back to the U.S. they decided to take the plunge and open “Frost A Gelato Shoppe”. These two were so determined to replicate authentic Italian gelato, they enrolled in “Gelato University” where countless hours were spent studying, creating and perfecting recipes.

In addition to gelato, Frost offers sorbet which is a delectable dairy free, gluten free, peanut free option for those with allergies. Their sorbet is created using purified water and “true natural ingredients”. They’re “fat free” too, which is a bonus!

Did you know Gelato is considered healthier than ice cream? Gelato has 3-8% milk fat whereas traditional ice cream contains about 10-17%.

Traditionally, the gelato in Sicily is served in a brioche bun.

What the heck is a ‘GeLatte”? I asked the same thing. A GeLatte is probably the most amazing, satisfying, energy boosting and sweet spot hitting drink. Tasting like a milkshake, the GeLatte is a gelato mixed with a shot of espresso. Johnny and I sampled the peppermint flavor. I’m not sure what was cuter: the display sign or the tiny straws!

I also learned Frost has a multitude of coffee options available year round. I’m not the biggest fan of coffee, but I enjoy a nice cup of Joe every now and then. Frost is the perfect place to sit and enjoy your drink. The “shoppe” is less busy than Starbucks and is a nice change of pace from being intertwined in everyone’s constant hustle and bustle.

This next drink surprised me. I had no idea this could be created yet alone taste so wonderful! The “Sorbettini” is customizable and ideal for those who like ordering something new and playing around with flavor combinations.

For this drink, order: the strawberry & champaign and peach sorbet. P.S. the straws change color with the temperature.

Frost has frozen gelato cakes available for birthday’s, holiday’s and other special occasions. I guaranteed you’ll be the talk of the town if you show up with this dessert!

Thank you for having us, Frost Gelato Naperville! 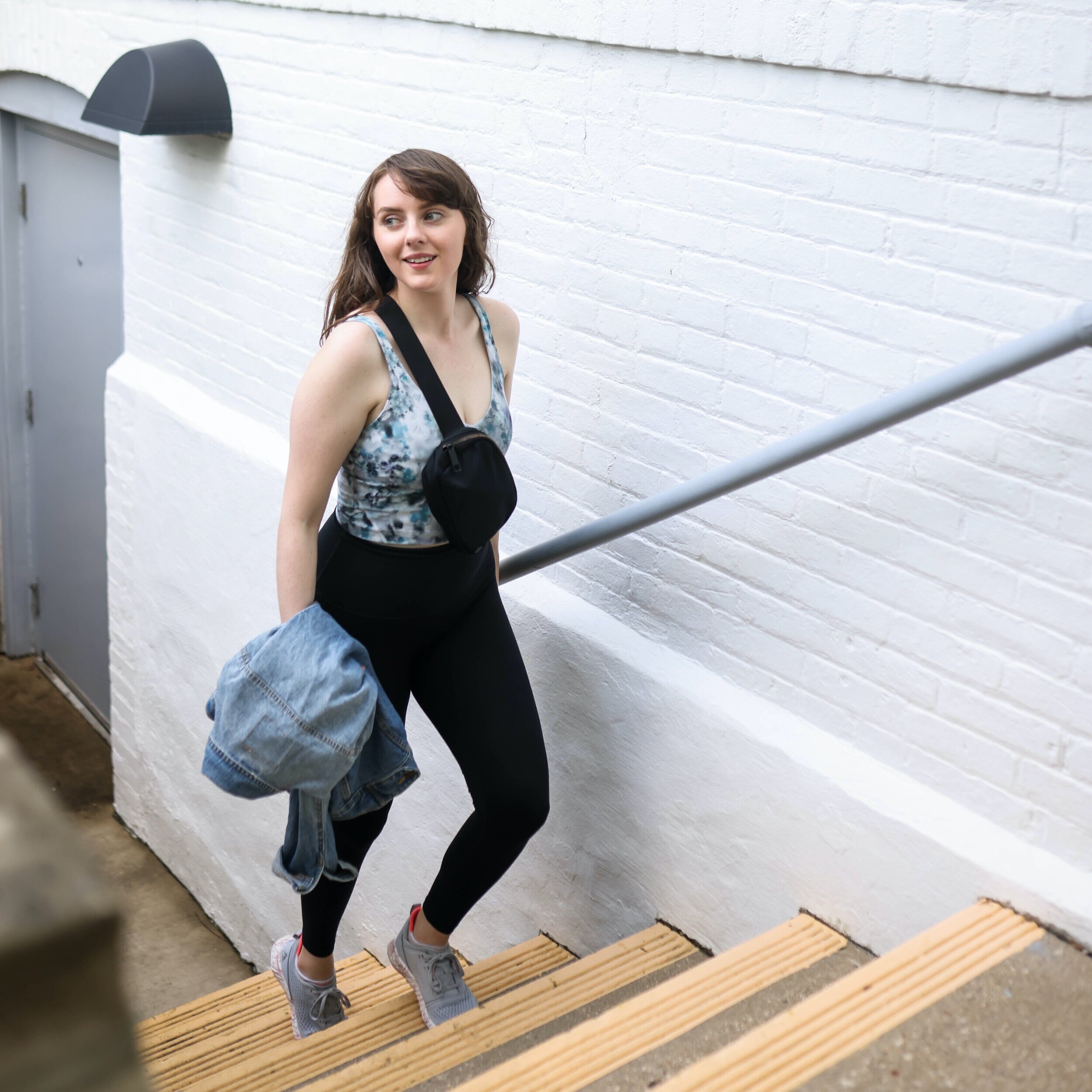 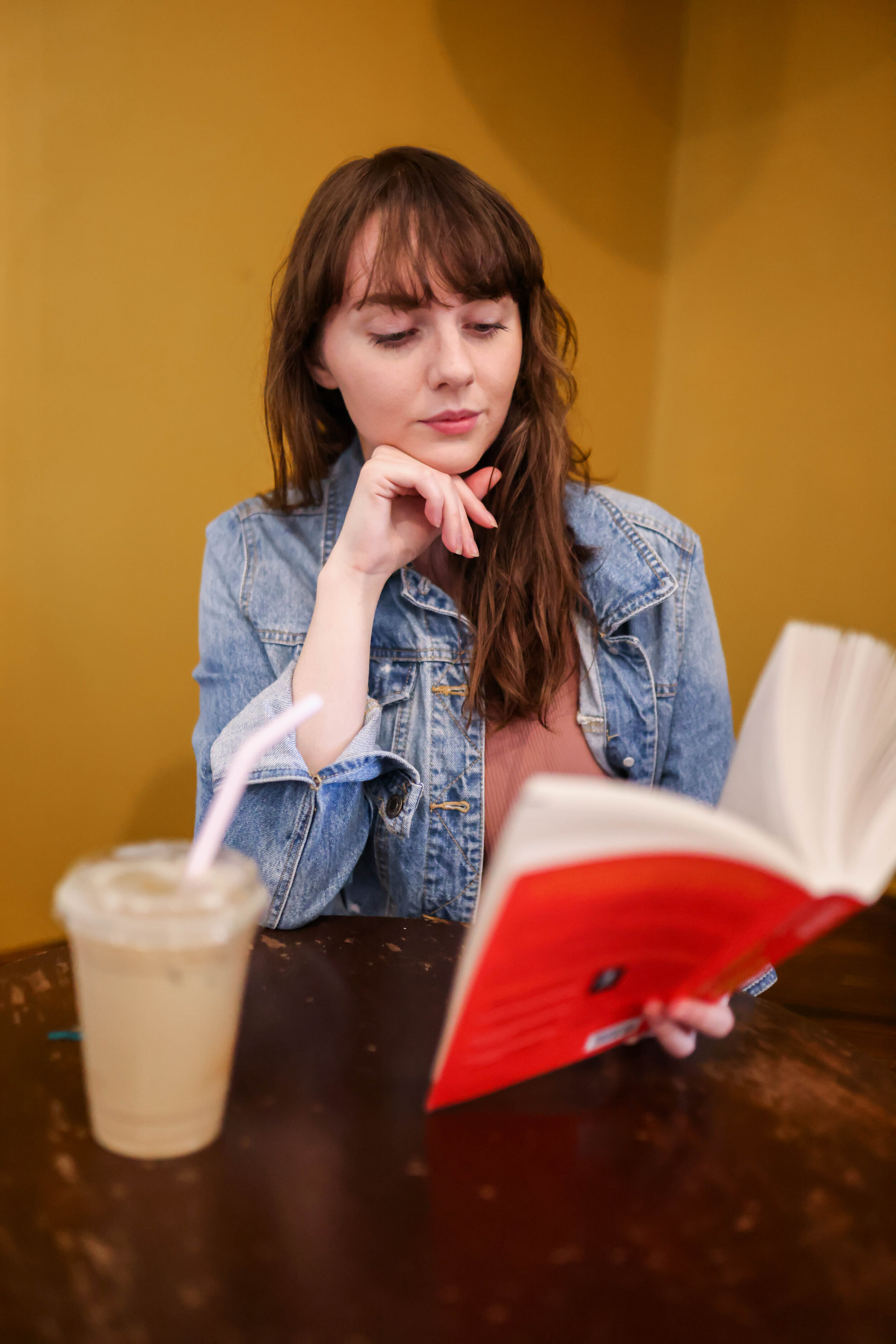 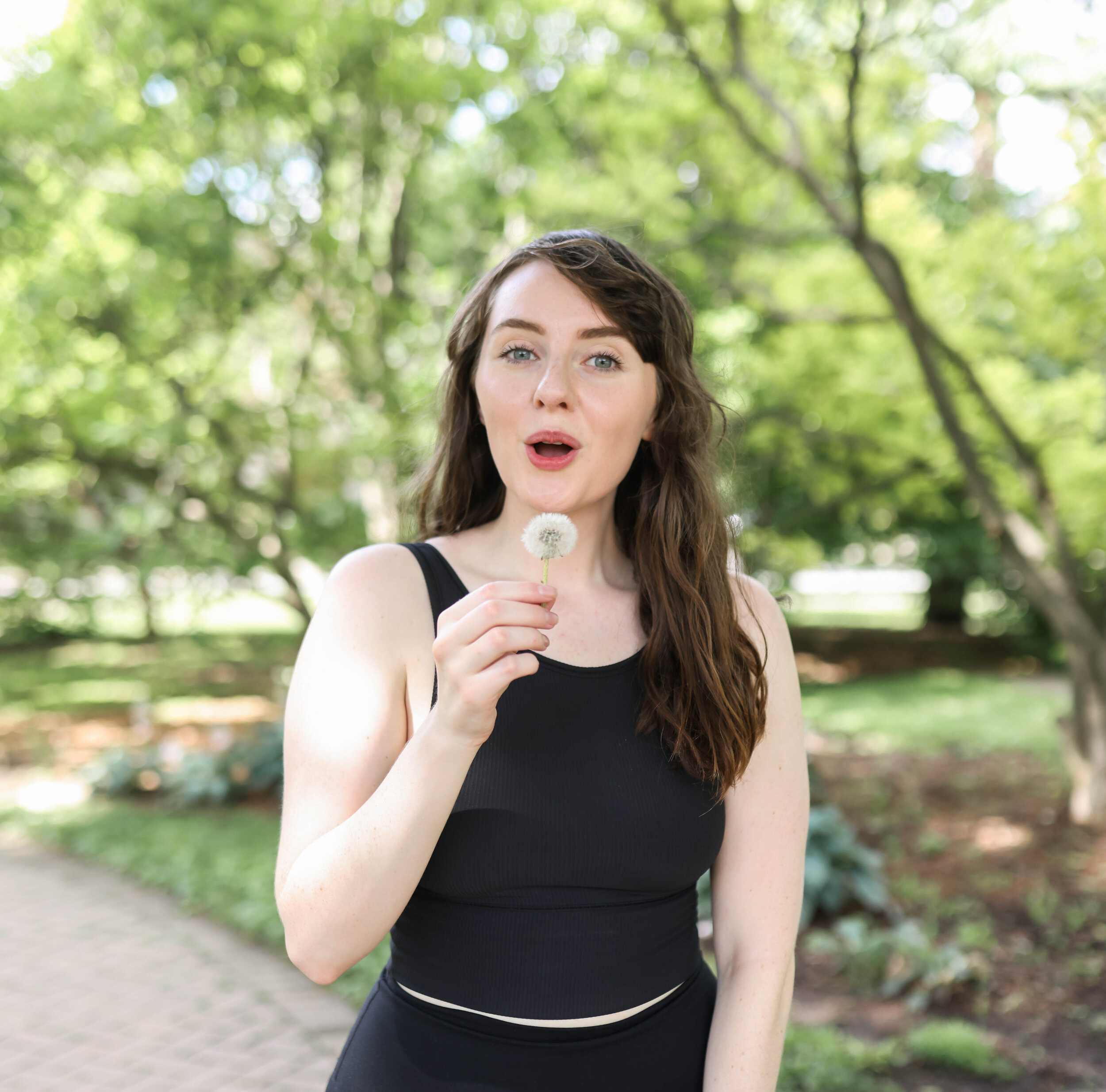 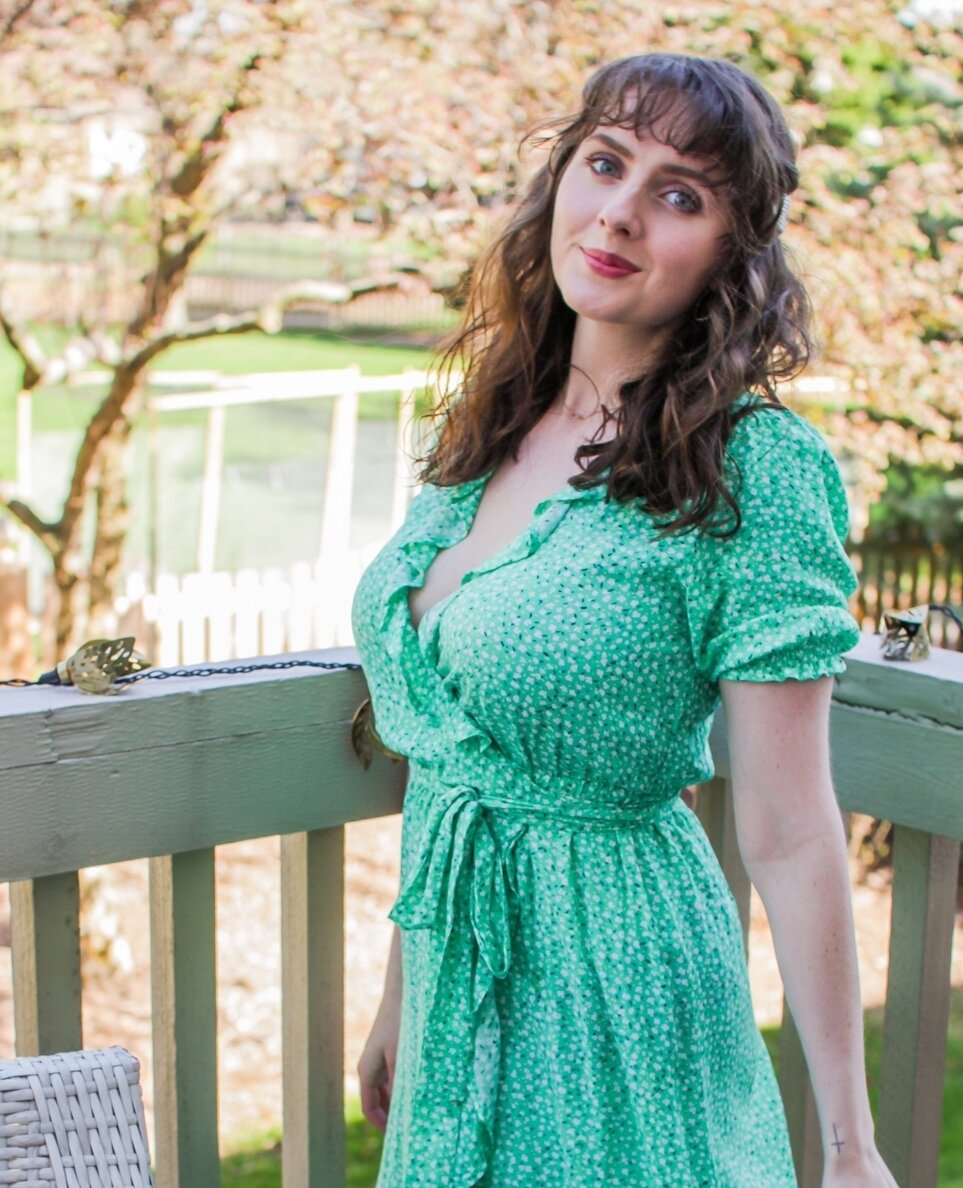 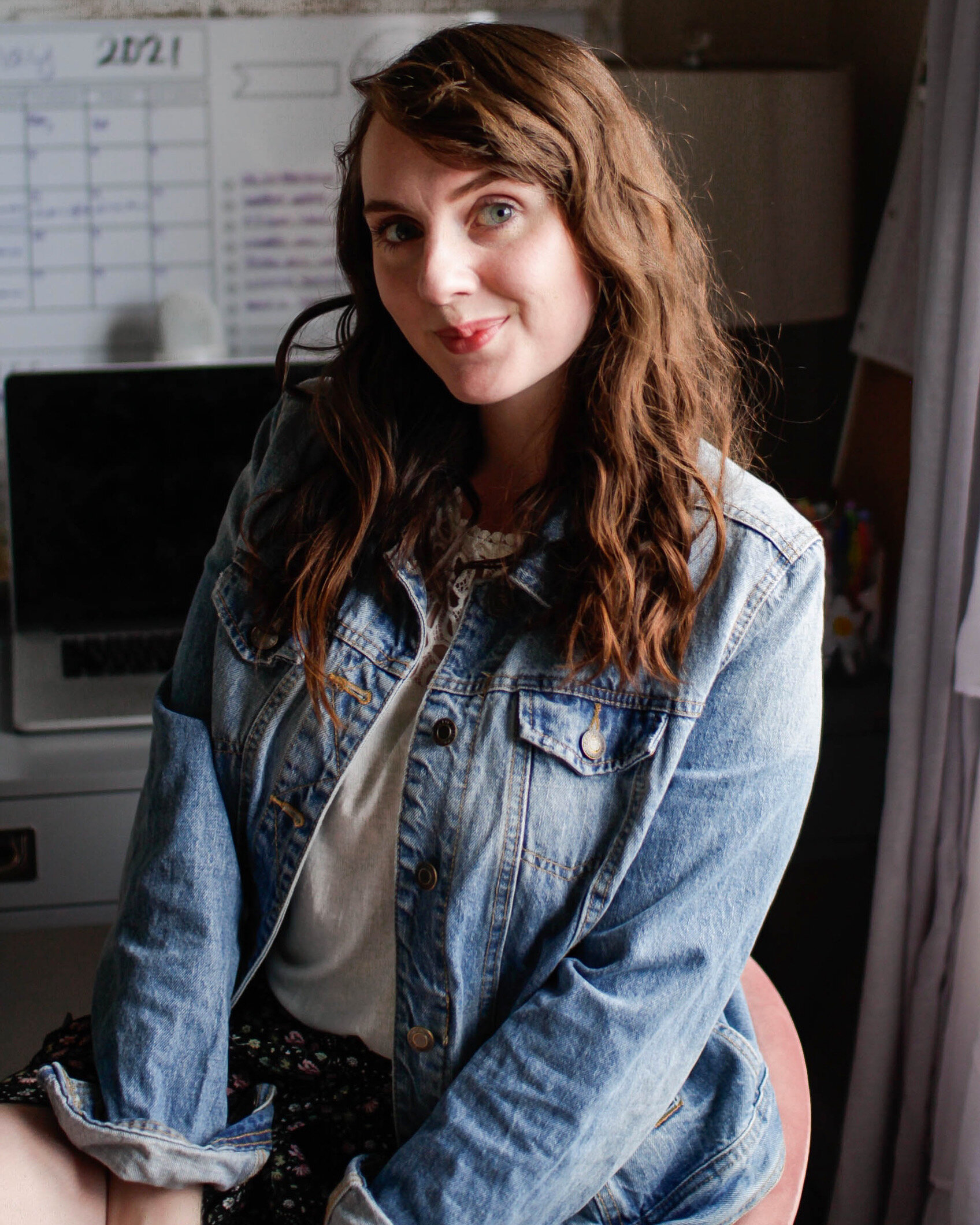 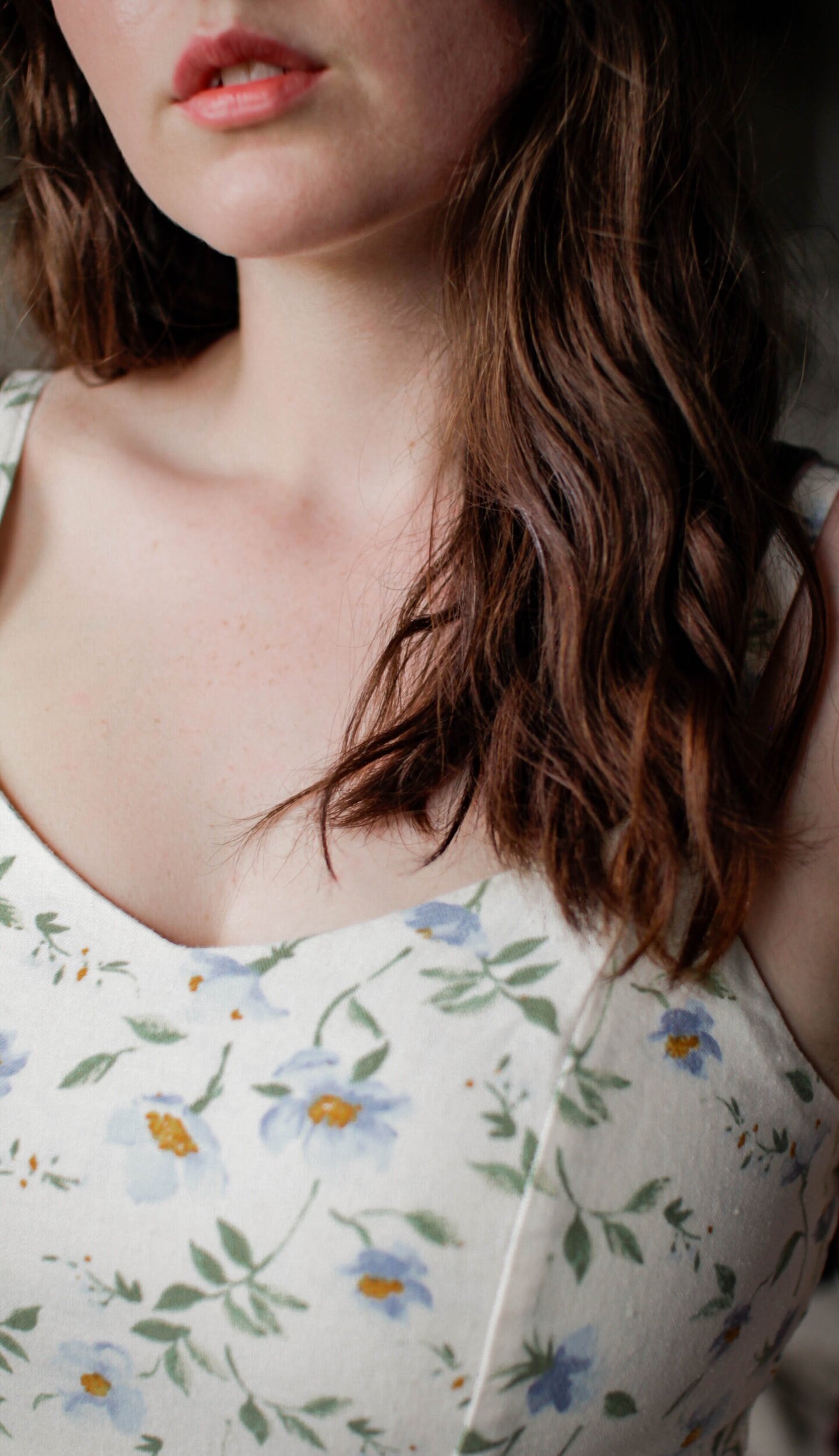 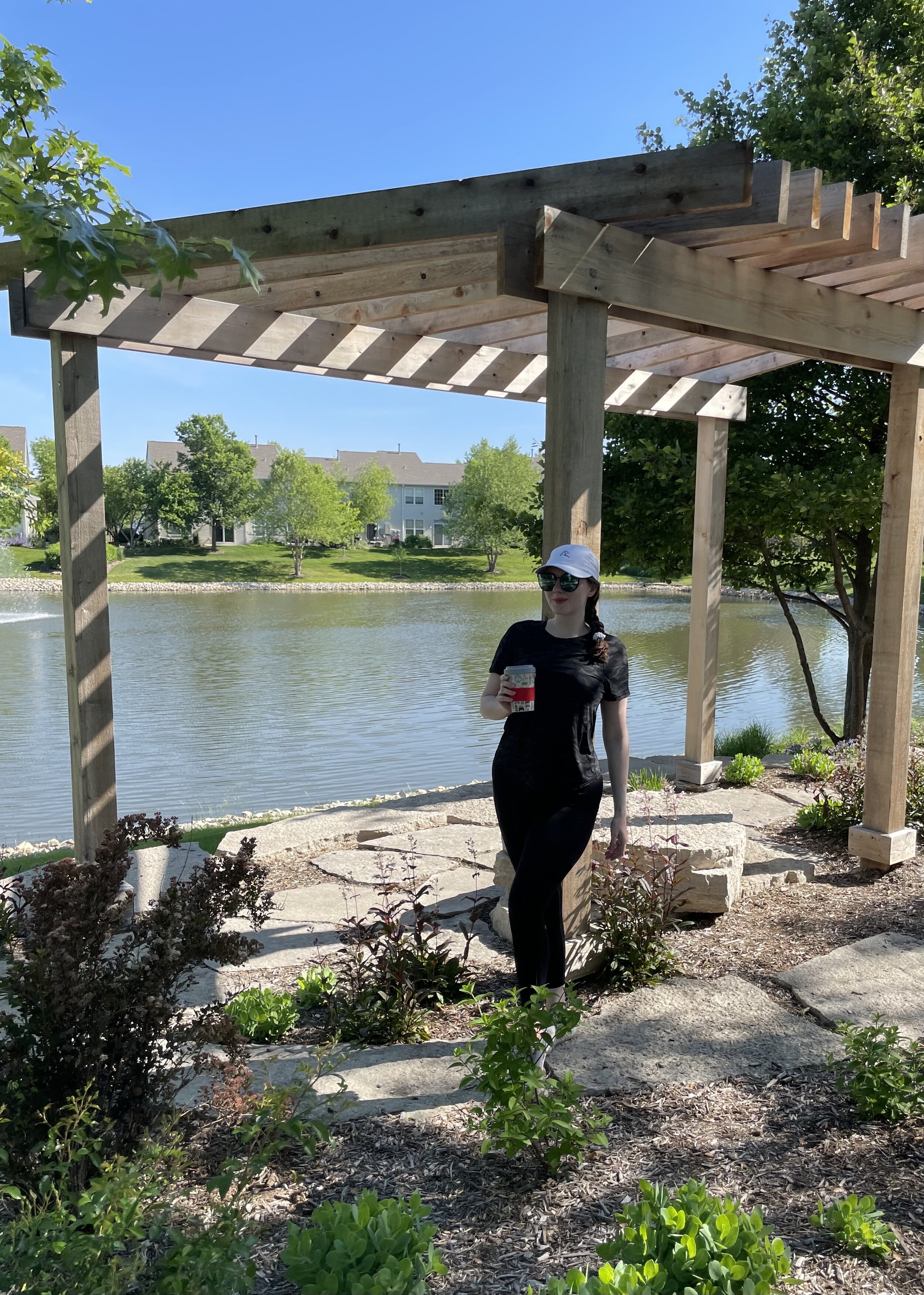 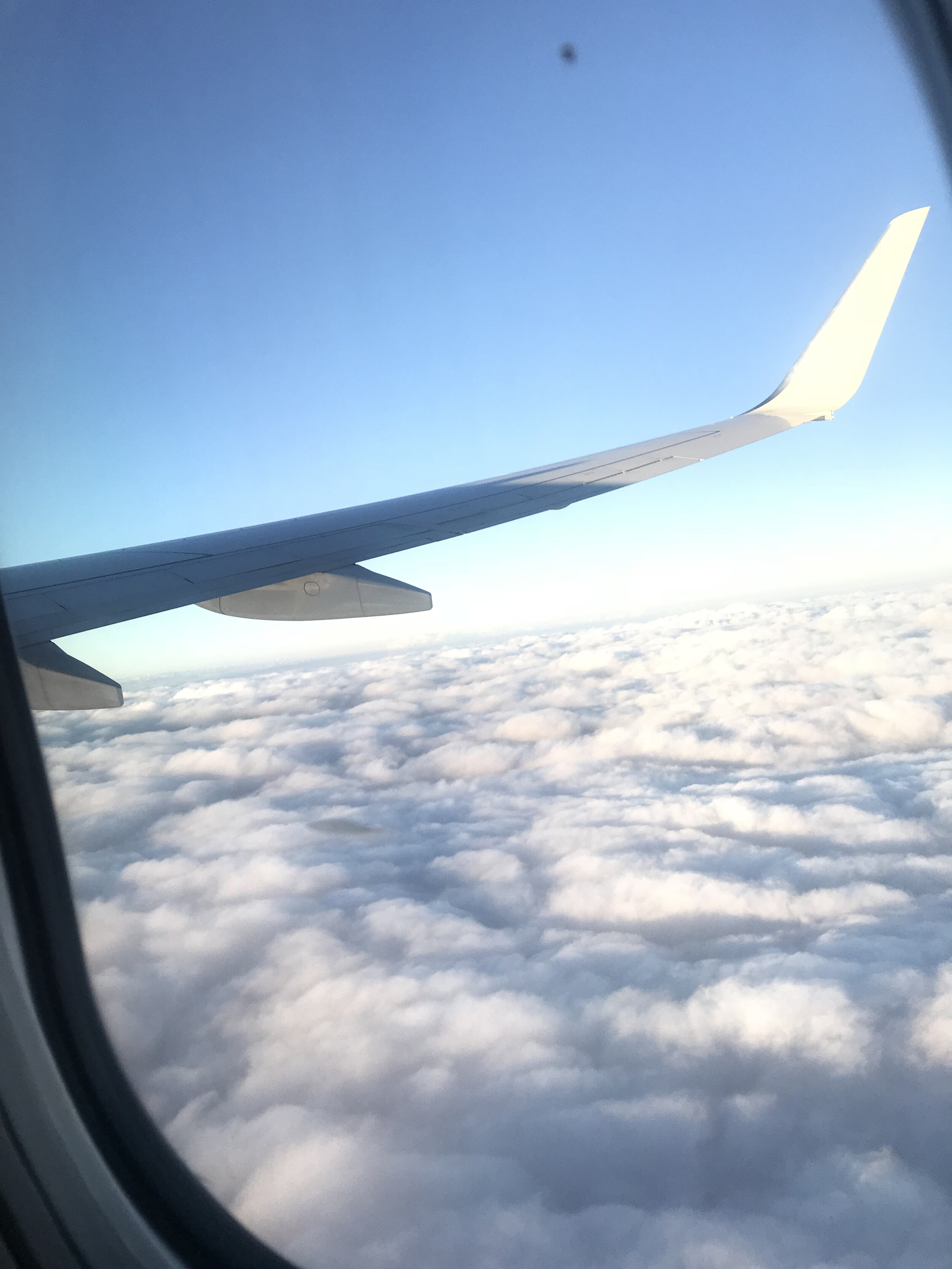 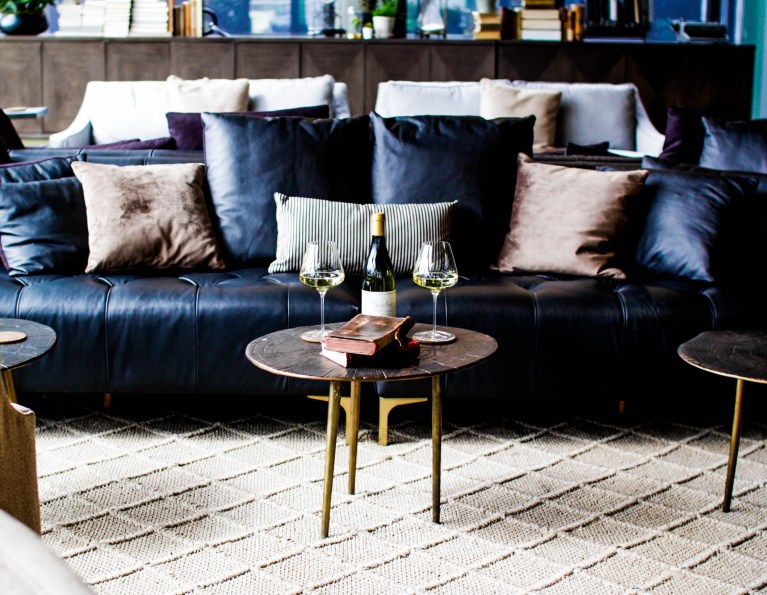 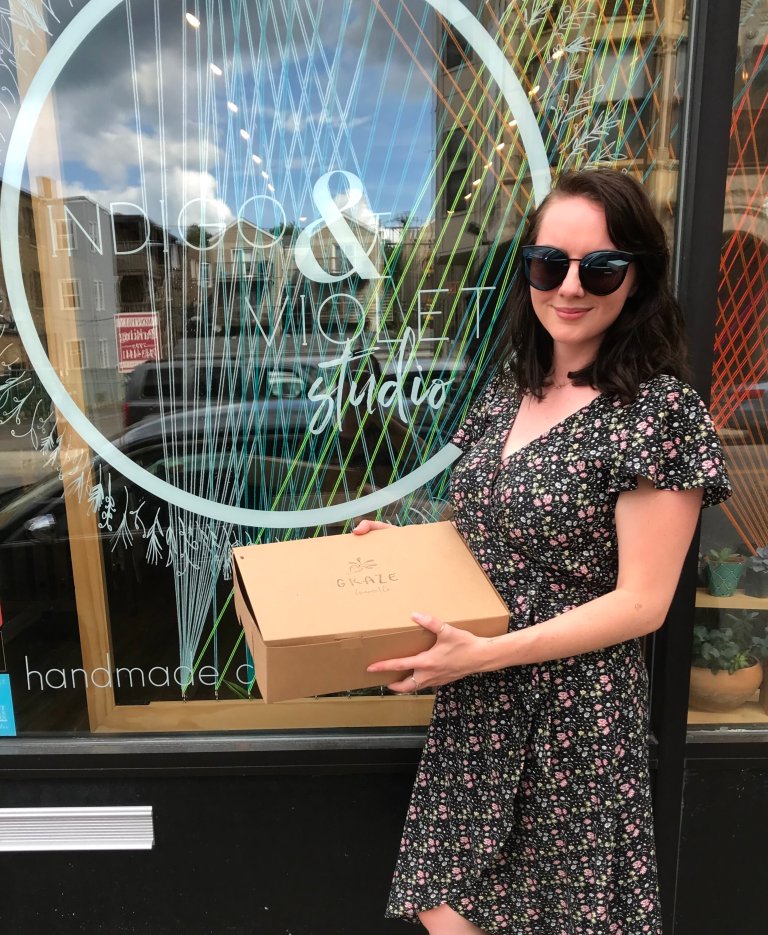 A few months ago I attended a series of workshops at Indigo & Violet Studio in Chicago. My mom and I were talking about how we were interested in learning how to craft and wished there was a place where we could follow along. The majority of craft workshops we found either sounded so boring… 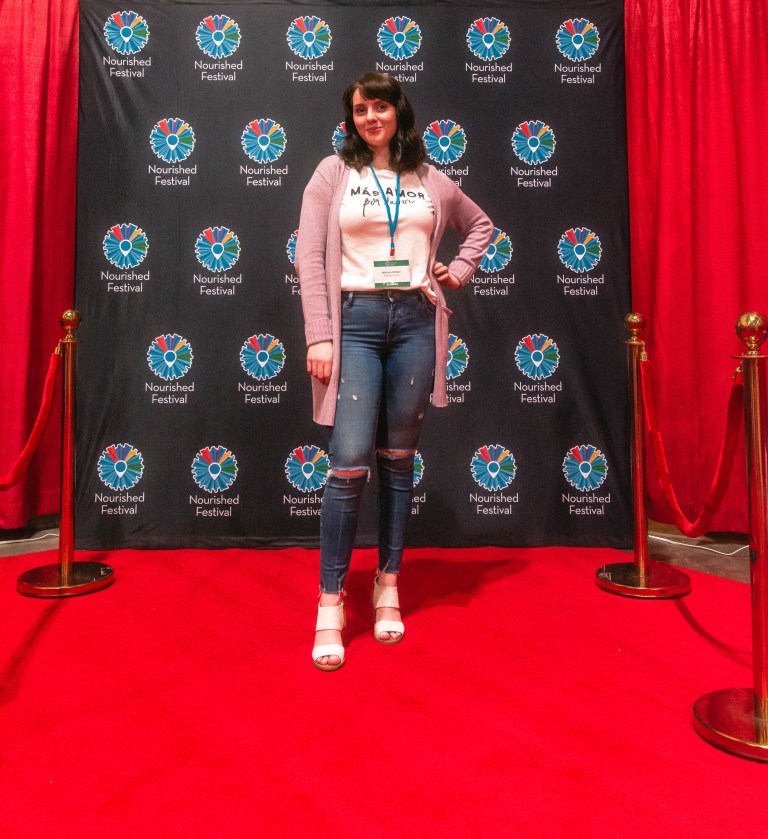 Last weekend I attended the Nourished Festival. This was my first time going and I want to share all about my experience. The Nourished Festival is formerly known as the Gluten Free Expo. The festival travels to multiple cities across the United States to showcases solely gluten free brands. There are other extensions to the… 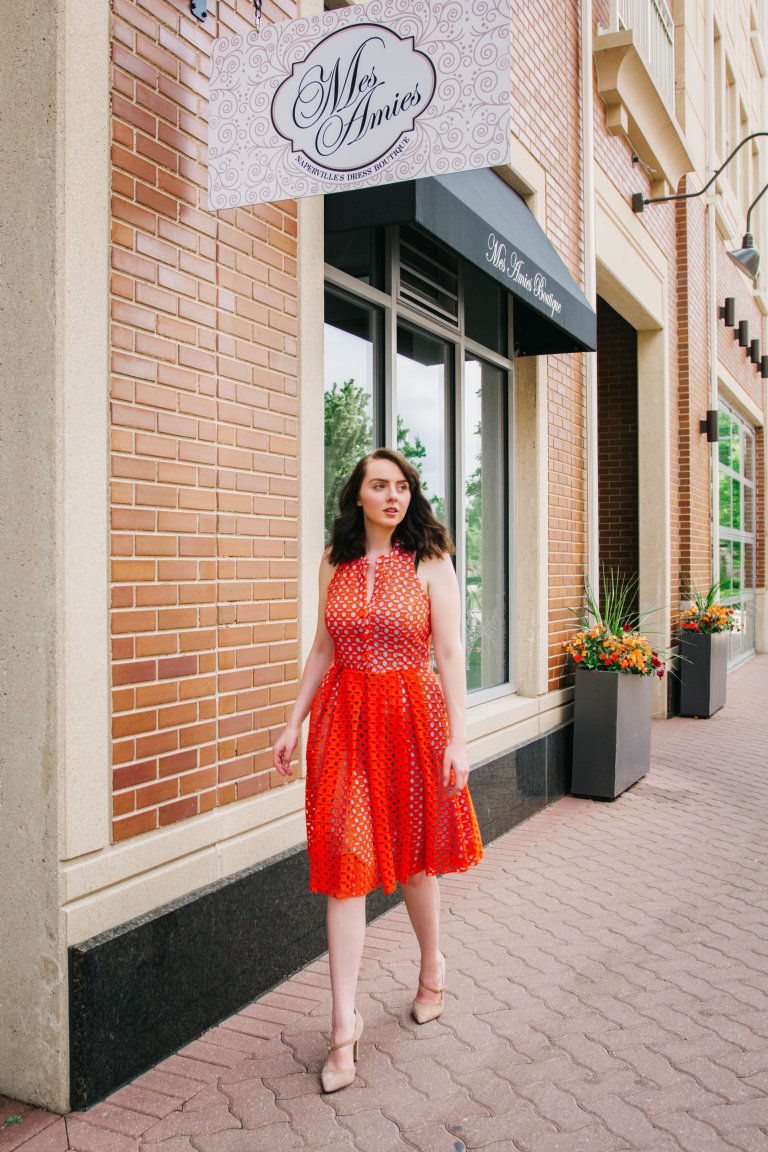 The Mes Amies story begins with founder, Casey Plasch, deciding enough is enough. After hearing disappointment from women about dress shopping, she decided to open her own boutique tailored to women of all ages, body types, and for any occasion. While dress shopping can be glamorous and feel like a Cinderella moment, it can also… 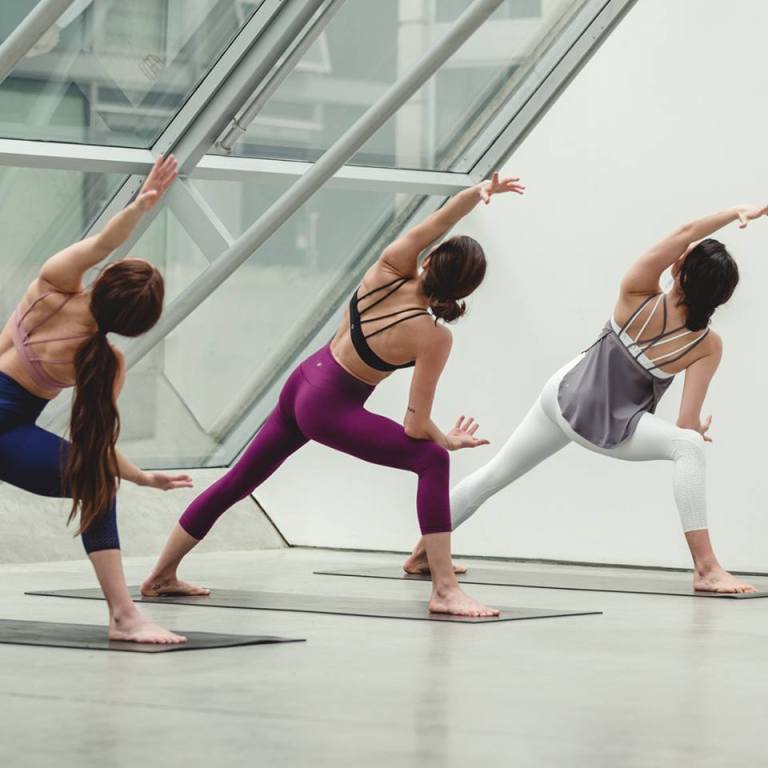 Hi Friends! The past few days my feed has been flooded with posts about the Nordstrom sale. I don’t know about you, but I’m a little sick of hearing about it. However,  I do like the idea of bloggers sharing their wishlist and what they purchased. I’m inspired by their picks and it’s a great way… 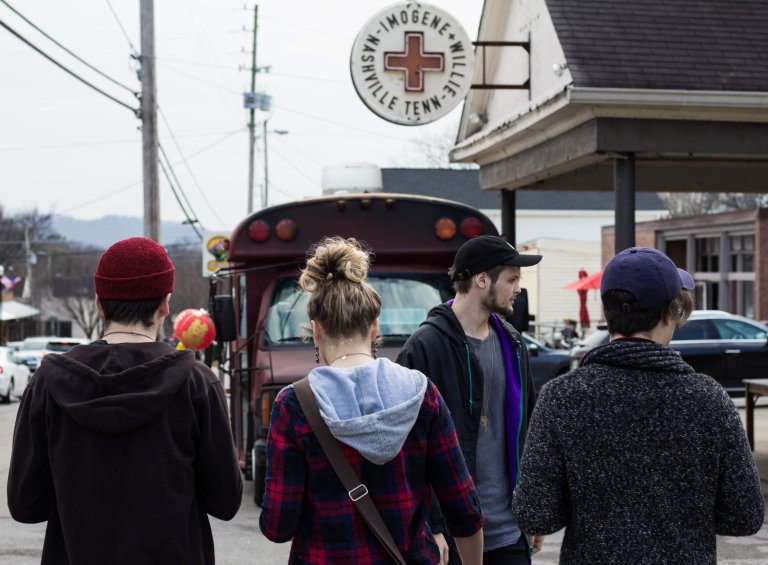 Hey folks! Last month I went down to Tennessee with Early June, who record a couple new tracks. If you are not familiar with Early June, that’s okay- I’ll tell you about them! Ryan, Eric, Zach and Nikki are a local Chicago pop-rock band. They speak “to an adventurous generation with unforgettable “top 40” vocal melodies, complimented by hard…