To start, during worship we sang the song I’ve been obsessed with- seriously, that’s not an understatement- I’m talking full-on ugly crying in the car with mascara running down my face, scream-singing the lyrics on full blast while the song is on repeat and all the other cars in the car line are staring at me like I’ve lost my ever-loving mind- type of obsession.

Before I could click my pen on, I heard the name “Shawn Williams”. Hearing those four syllables was as if I was told my best friend just arrived.

I knew that name.

All those years ago when I was going though my rebellious teen years, my mom decided to go church shopping. Being the incredibly determined, semi-stubborn, favorable of the last word, daughter, I decided to go with my mom to church, but sit in the car- well… in our bargaining phase she never told me I had to physically be in the building… she just said I had to go with her, and go with her I did, to the church parking lot. I don’t know if it was the temptation of the donuts they had after service or the fact that I had to pee really bad.. like REALLY bad, but one week I made the venture in the building for snacks and thought why the heck not sit in on service? So, I did.

I remember this guy- this pastor, who was way cooler than I wanted to admit to my mom, could relate to me. He told the best jokes, and shared an all too relatable story about assembling Ikea furniture and I loved this guy. He was the non-invasive, non- stereotypical pastor I never knew I was looking for or needed. So, when he announced he was moving across the country to a new church, it was heartbreaking. My mom really felt it too. In between that moment and currently, he was in a lot of the decisions I made. His passion for the Lord, his ability to reach people and touch their lives was contagious and infected me. He inspired the organization I volunteered with all throughout high school and every roadblock I faced, I plowed through because “that’s what Shawn would do”. When I was choosing between friend groups- examining the “cool” from “what Jesus would do”, I thought to that sermon- my first moment back in touch with God and how he used a man frustrated with Ikea furniture to reach and inspire me. When friends and the church were placing God second and people last, when they stopped showing up for those in need, and let the world dictate what was right, it was an easy choice for me to stick to the truth- to God’s word and desire for us. Shawn was my wakeup call and reminder that following Jesus is the best thing we could ever do. I didn’t admit defeat to my mom and let her know I loved this pastor, and sit on a folding chair in a building every week undergoing construction- to abandon the reminder Shawn brought to me. So, as you can imagine, it was quite the surprise to see him standing before me. It was as if the last nearly 10 years of my life flashed before me, playing like a movie trailer in my head.

In front of me.

I would say it was a coincidence that Shawn was in front of me on the day I was questioning if Mission Church would become my spiritual home, but I know better- and for lack of better words, it was truly a God thing. Today’s sermon focused on the topic how to be great. This is something I have unintentionally been striving for lately. When people would ask me how I am, I would answer “not great, could be better” and say a work related one-liner. “Great” snuck into my vocabulary and somewhere along the way blurred the lines of letters assembling a word to the belief over who I am. You see, I wasn’t “great” because I couldn’t help my friend’s grandpa. I wasn’t “great” because I couldn’t get my mom’s positon back or provide her a new one. But it doesn’t stop there- so often I think I’m not “great” because for the pst two years I’ve been recovering from a traumatic brain injury. Nearly all of that time was spent in doctor’s offices and at home versus out there in the world working and helping. I wasn’t feeling “great” and I certainly wasn’t doing anything “great”- unless you count routine napping and curating Spotify playlists. Since re-entering society and piecing my life back together, I’ve discovered this insecurity of needing to do, feel, and be “great”. When my favorite speaker introduced the topic, I was intrigued. I have no shame in admitting I want to be great and I was excited to learn what he had to share.

watch: the way to greatness

How to be great:

Shawn began his teaching sermon with a measurement comparison. He shared how we have our own versions of a measuring stick- this really had me thinking. He suggested an example of our measuring stick could be by occupation, level of influence, social status, and online follower count, to name a few. Oftentimes we also measure other people’s success with that same- maybe more intense, metaphorical measuring stick- or, as we recognize it, position in a company, level of education, field experience, and general influence. So, here’s the question Shawn introduced: Is there a difference between what greatness looks like in the eyes of people and in the eyes of God? Yes, there absolutely is and perfectly segues into the first point on how to be great.

1.Seek greatness in the eyes of god

For background reference, this passage takes place near the end of Jesus’ ministry and 10 days before his crucifixion. Keep in mind, during this time honor was taken to the next level- sure, we prioritize honor, but not in the way Shawn explained the passage is describing. You see, in this time when the mother asked Jesus if her two sons could sit beside him, she meant quite literally- as in people imagined Jesus sword in hand, overthrowing the government and taking the crown as the rightful King and son of God. But, as we know, the crown placed on his head was not made of jewels. This wasn’t necessarily wrong to ask. Honor and greatness were prioritized and easily recognizable during these Bible times. This mother knew the upmost importance of Jesus and although she did not know what the 10th day would hold, she understood and valued Jesus’ greatness. She and many others wanted to be close to Him. What I find interesting in this point is when Shawn pointed out how Jesus did not rebuke her ask because there’s nothing wrong with wanting to be great. He redefines it.

When we seek greatness, we must pause to redefine greatness. We have this urge to be great, but what do we do with it? How do we get that “greatness” we’re longing for?

Well, Jesus responds to her question with a question- something He does quite often and uses as teaching opportunities. When the disciples answered Jesus’s question if they can “drink the cup I am going to drink” they had no idea He was referencing excruciating pain, and death. Their preconceived notion of what Jesus would do is different than what Jesus actually did. The disciples were thinking literally versus spiritually for how Jesus would fulfill His prophecy and set people free. The mother asked Jesus if her sons could have the honor of being on Jesus’ side, but Jesus wouldn’t be sitting on a throne and the men next to him wouldn’t be in chairs. Jesus would be nailed to a cross and the men on either side of him, were facing the same, humiliating, excruciating, death- this mother was asking Jesus if she could watch her son on the left, and her son on the right die beside Jesus. When we redefine greatness, we must prioritize love, humility, and sacrifice as Jesus did.

3. Serve your way to the top

Shawn demonstrated our view of greatness as a pyramid (see diagram below) and explained how most often we understand expectation and greatness as needing to serve THAT person at the top aka tier “A”. Tiers B-D are doing everything possible to ensure the happiness, success, etc. of a company, person, or group of people, while doing what we can to climb that pyramid and become the person or people on top. However, Jesus says we exist to serve someone else. Greatness is truly defined by HOW many people we are willing to serve versus the people and quantity serving us. What we need is serving and everyone can do this, so everyone can be great- as long as we measure greatness in the eyes of God as opposed to worldly views/ expectations.

What do you do with what god has given you?

Okay, maybe God has given you the position- you may have the corner office, highest company ranking, the authoritative household role, most accomplished or accredited in the family, highest level education amongst friends- this isn’t bad or something to be ashamed of. It is in fact- for lack of a better word- great! When we are in a top position or have what the world declares “great”, we need to use this to reflect the Lord. We need to use what the Lord has provided for us. We need to lift others up. We exist to serve. This is how we truly achieve greatness.

Greatness is measured by how many we serve.

We will never measure up if we use an earthly ruler.

god’s way to greatness is simply this: you already are worthy. 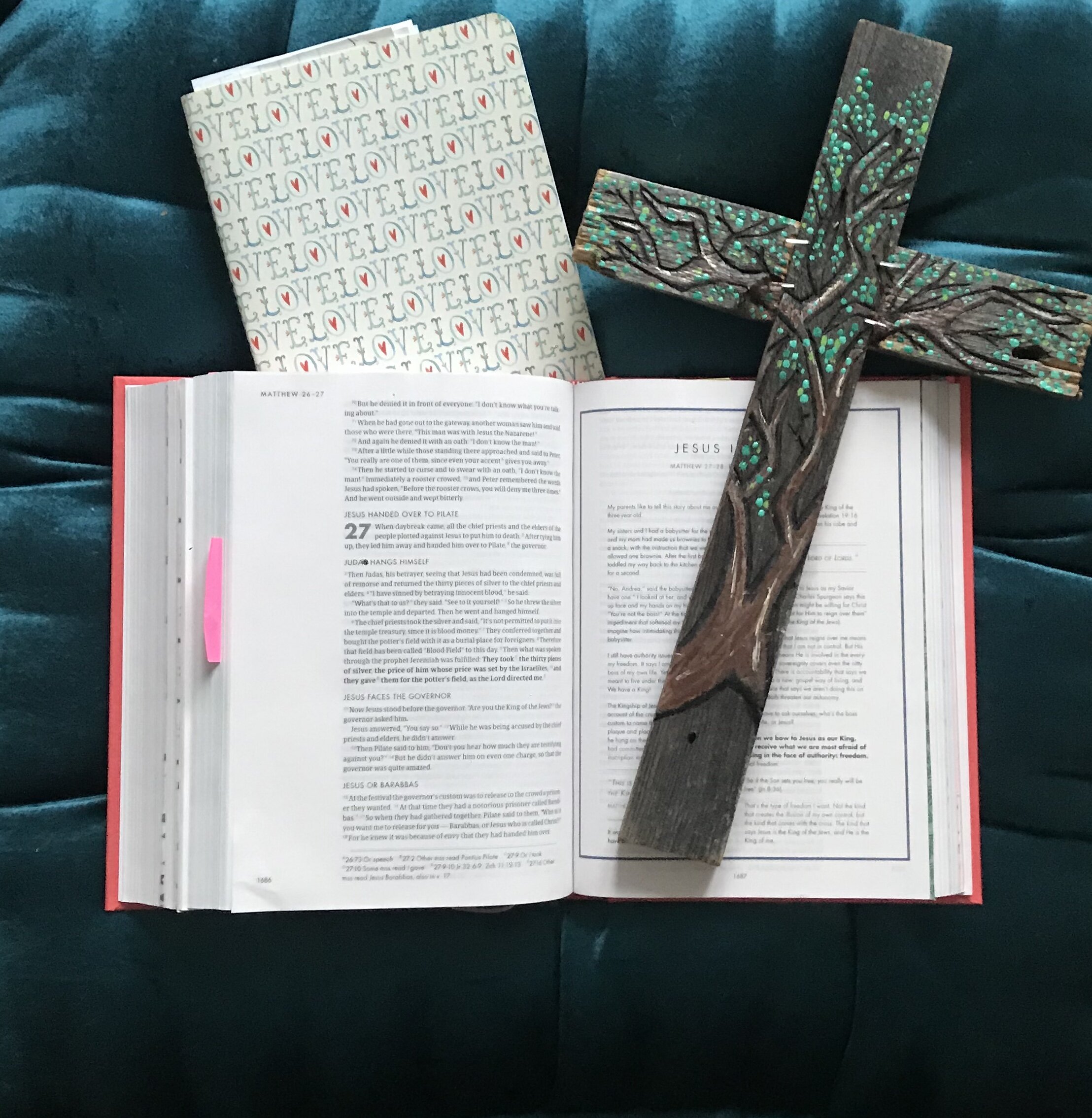 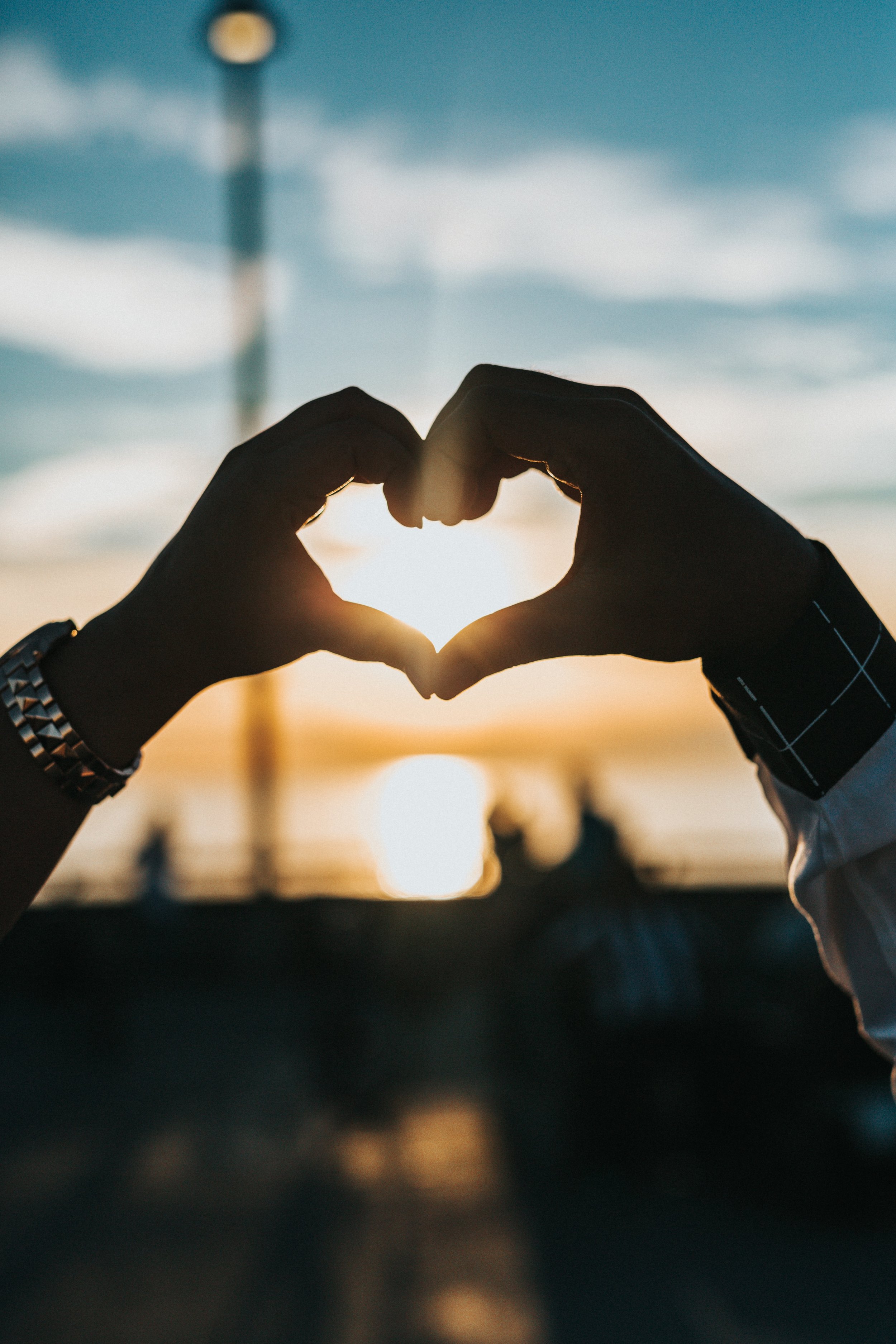 Apr 1, 2020
Our Responsibility To Other | Social Justice + Christianity 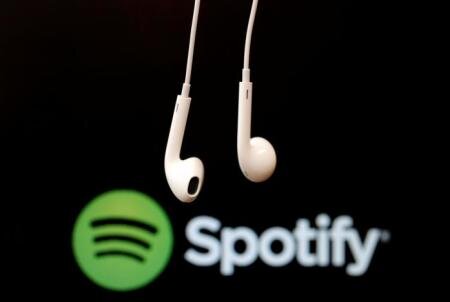 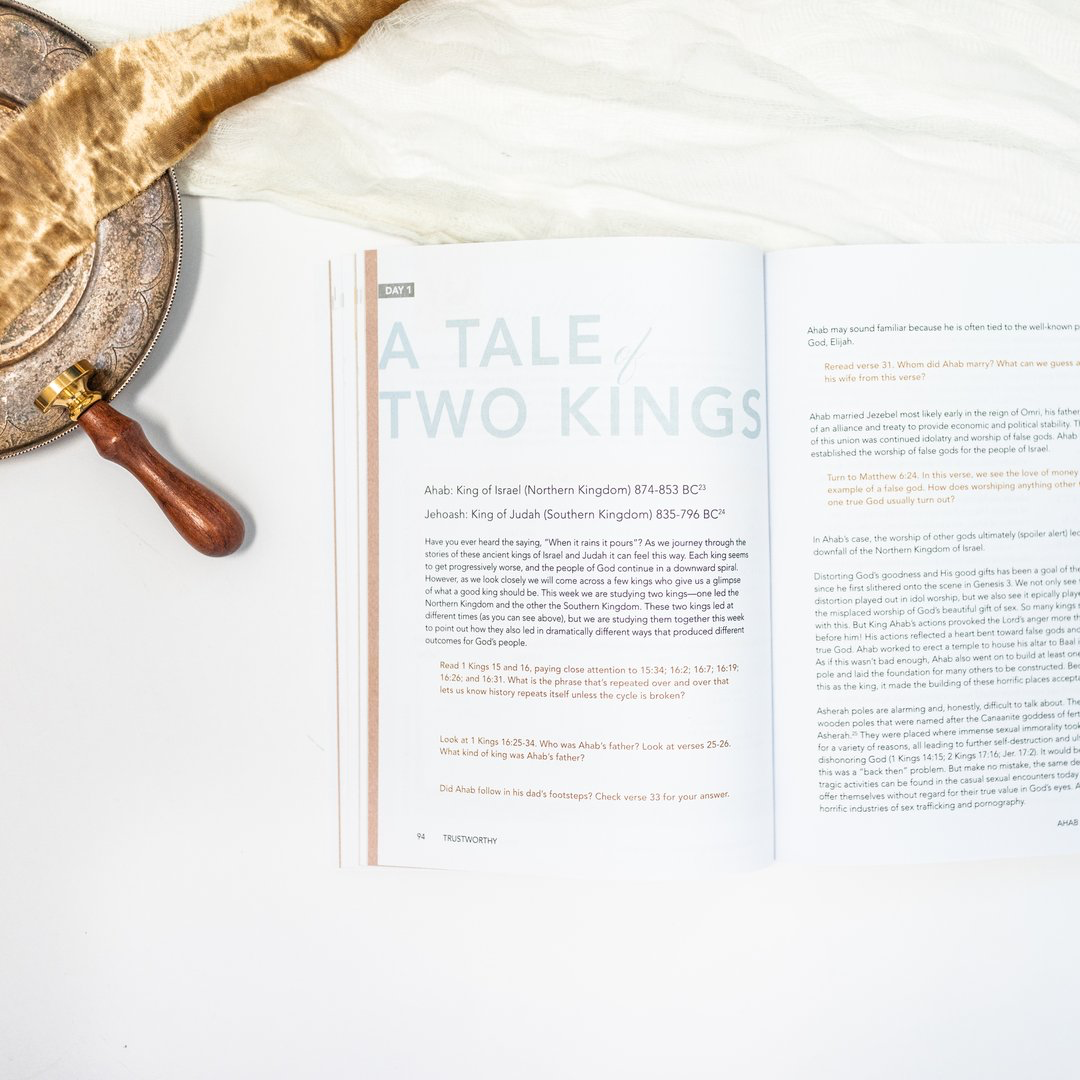 Feb 6, 2020
I Started The Lysa TerKeurst “Trustworthy” Study- This Is What I Think 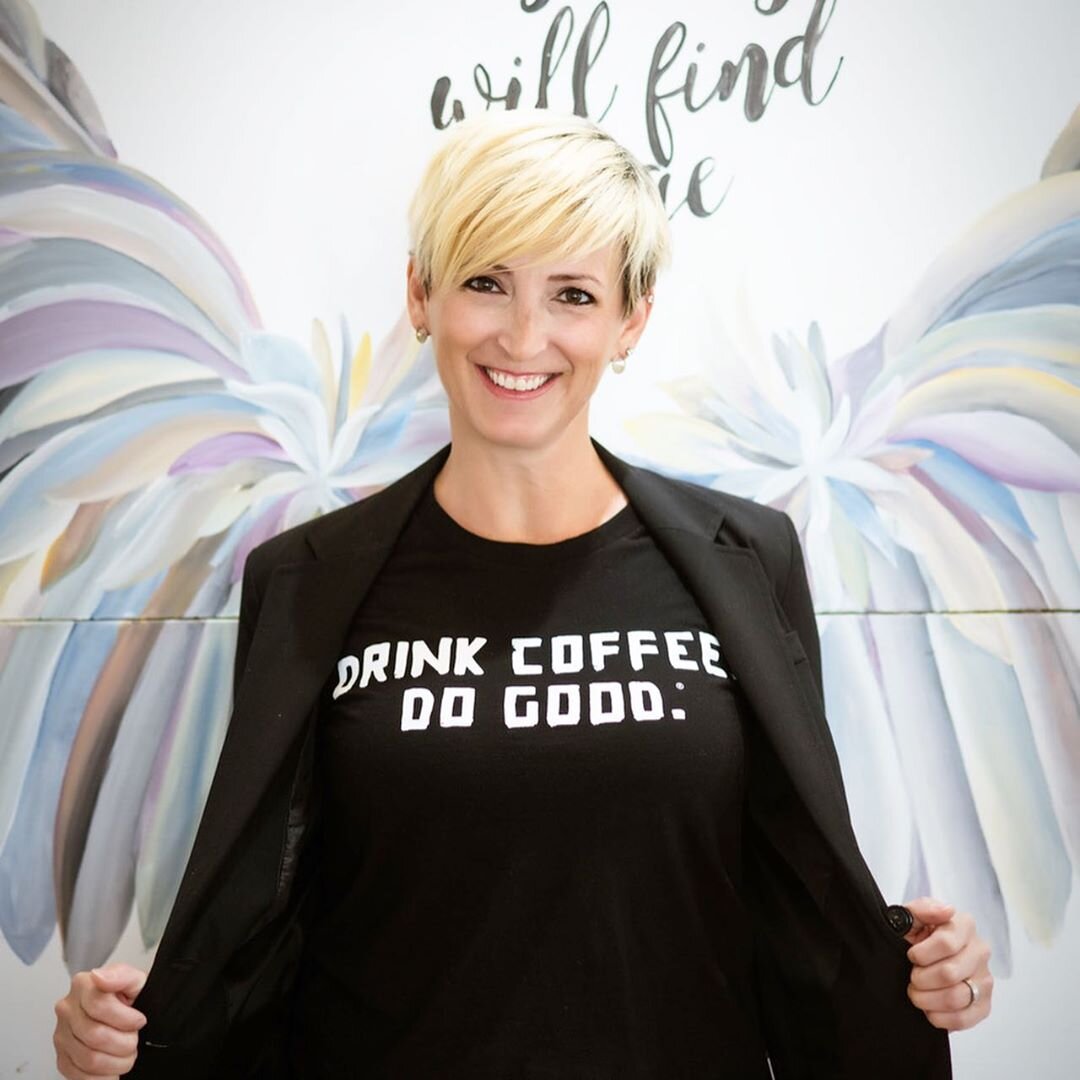 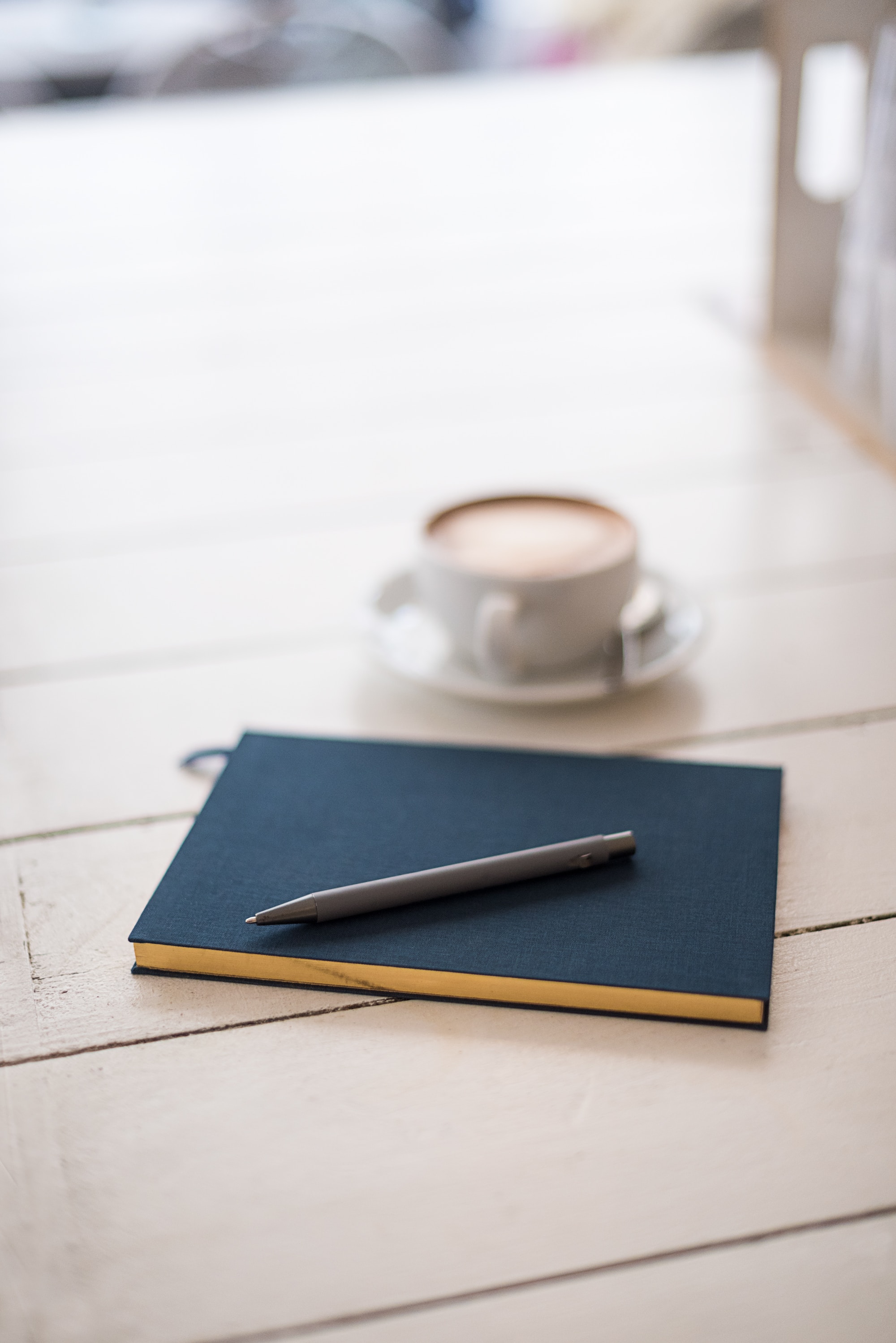 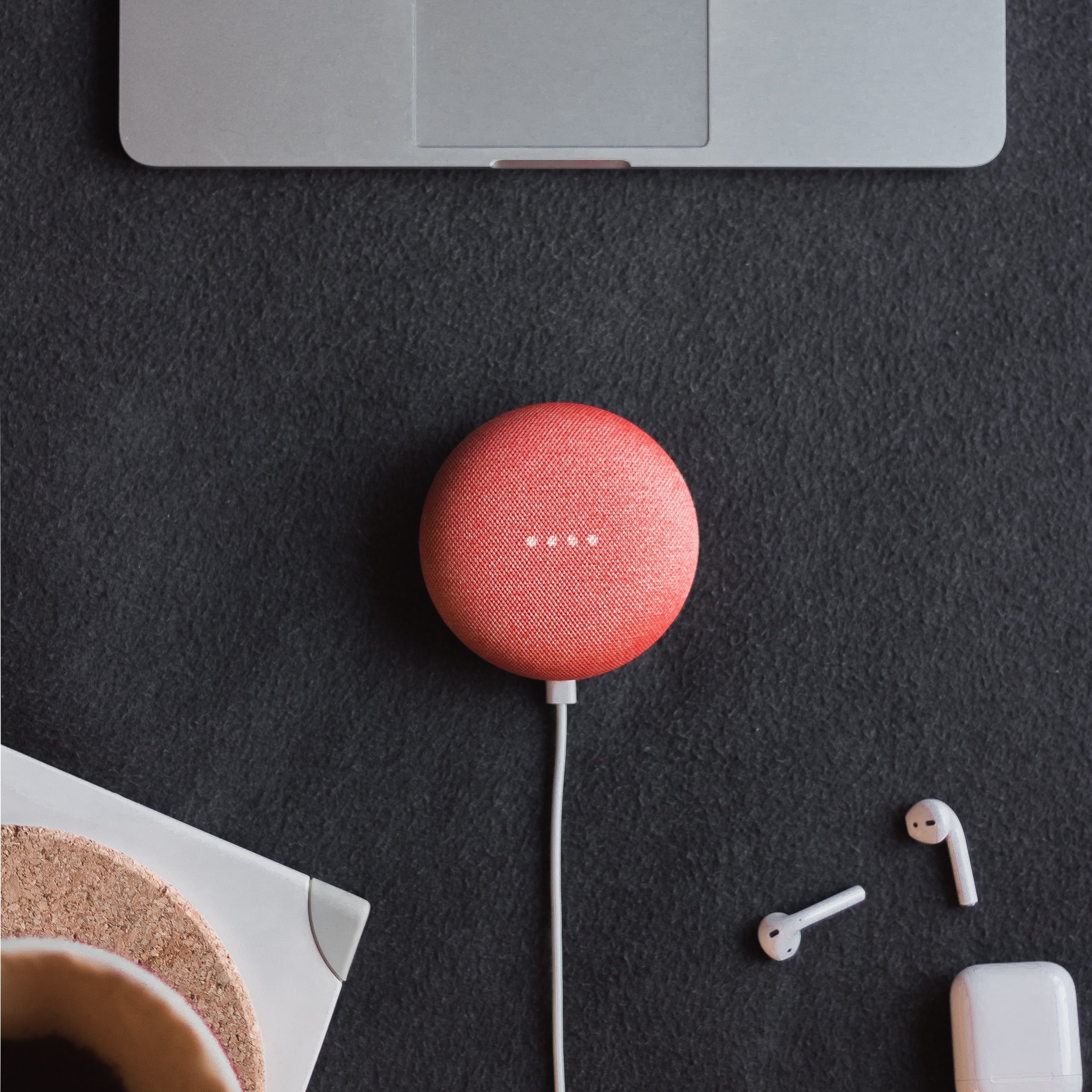 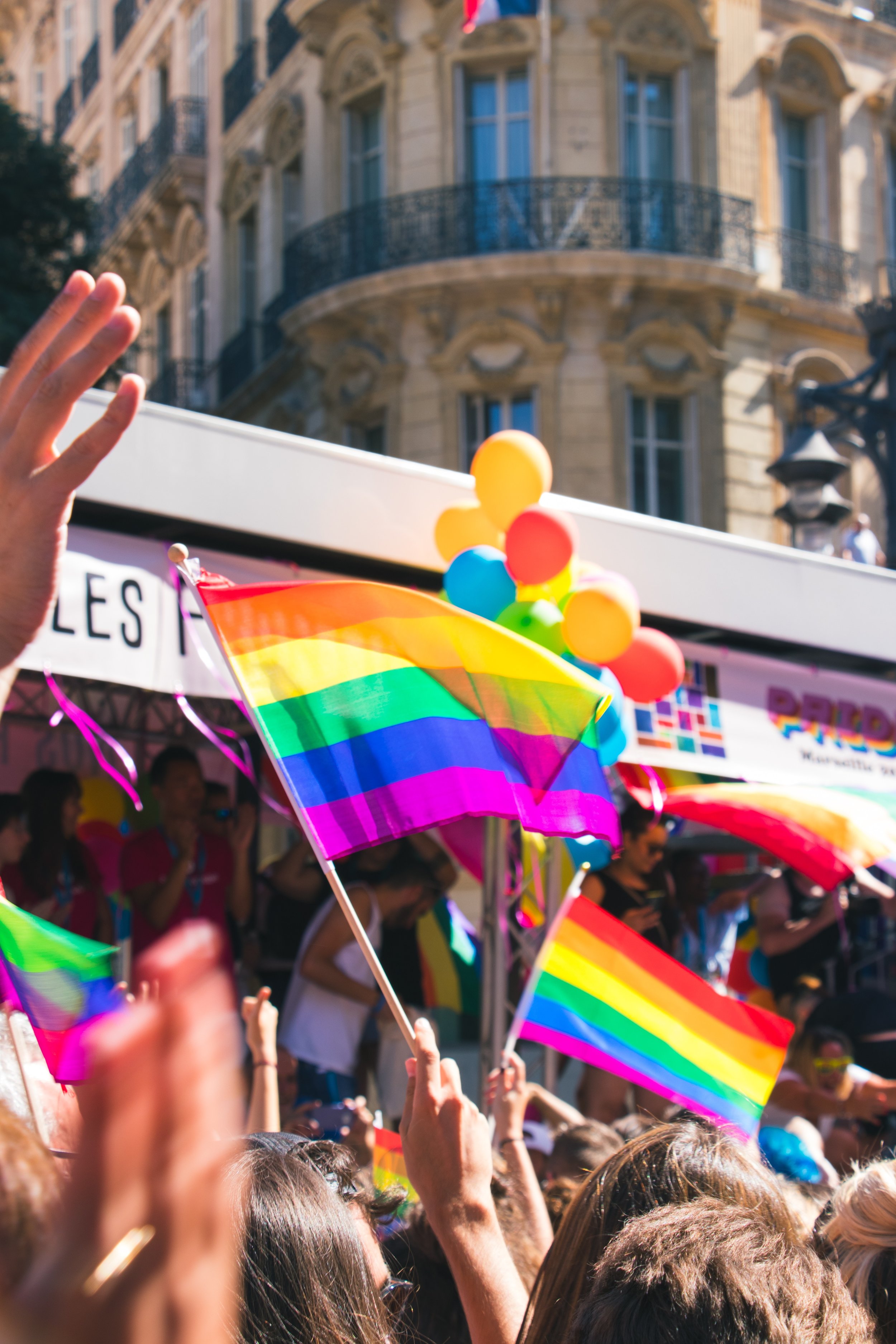 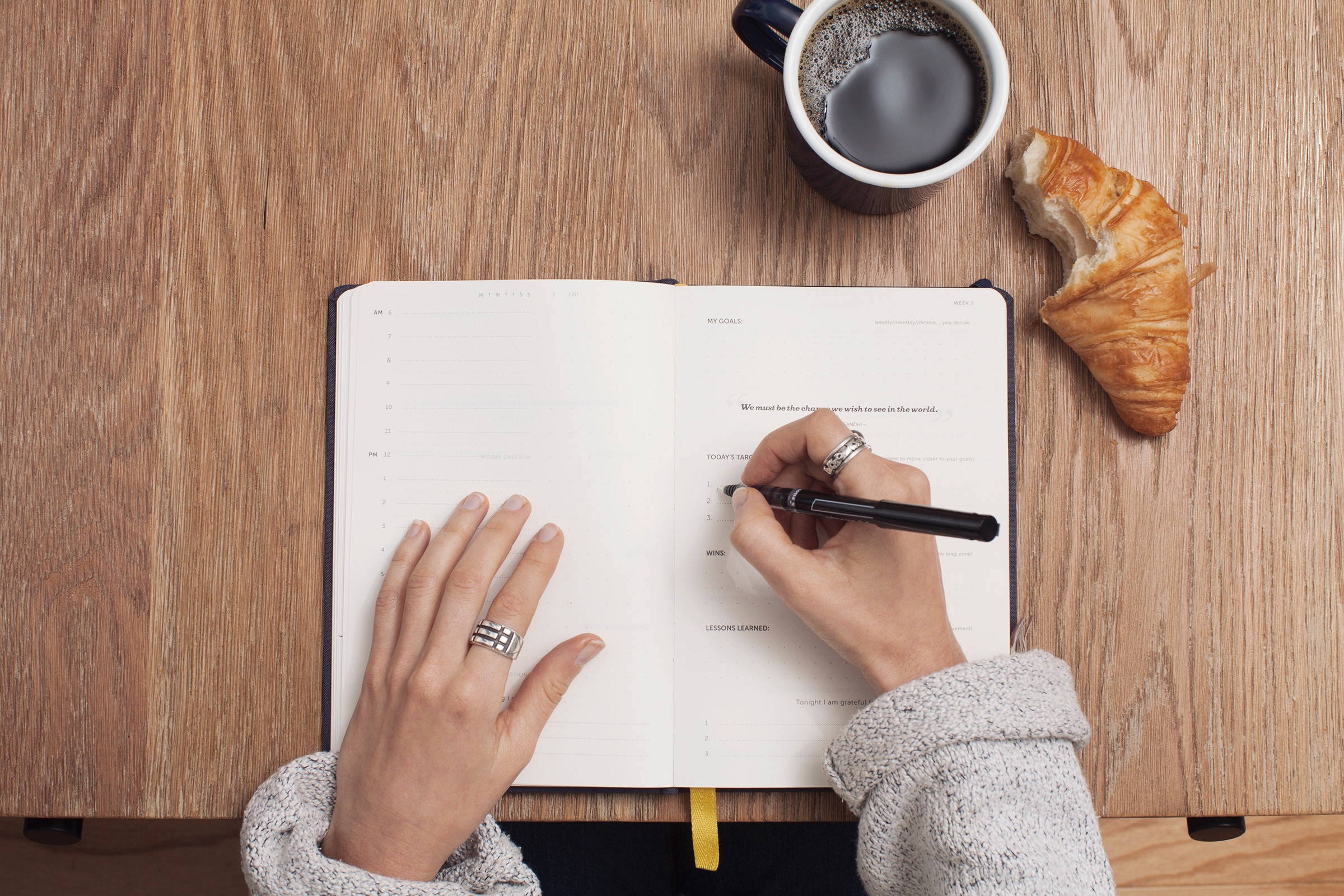 Jun 12, 2019
4 Signs You Are Overly Dependent On Your Schedule | Idolization Devotion 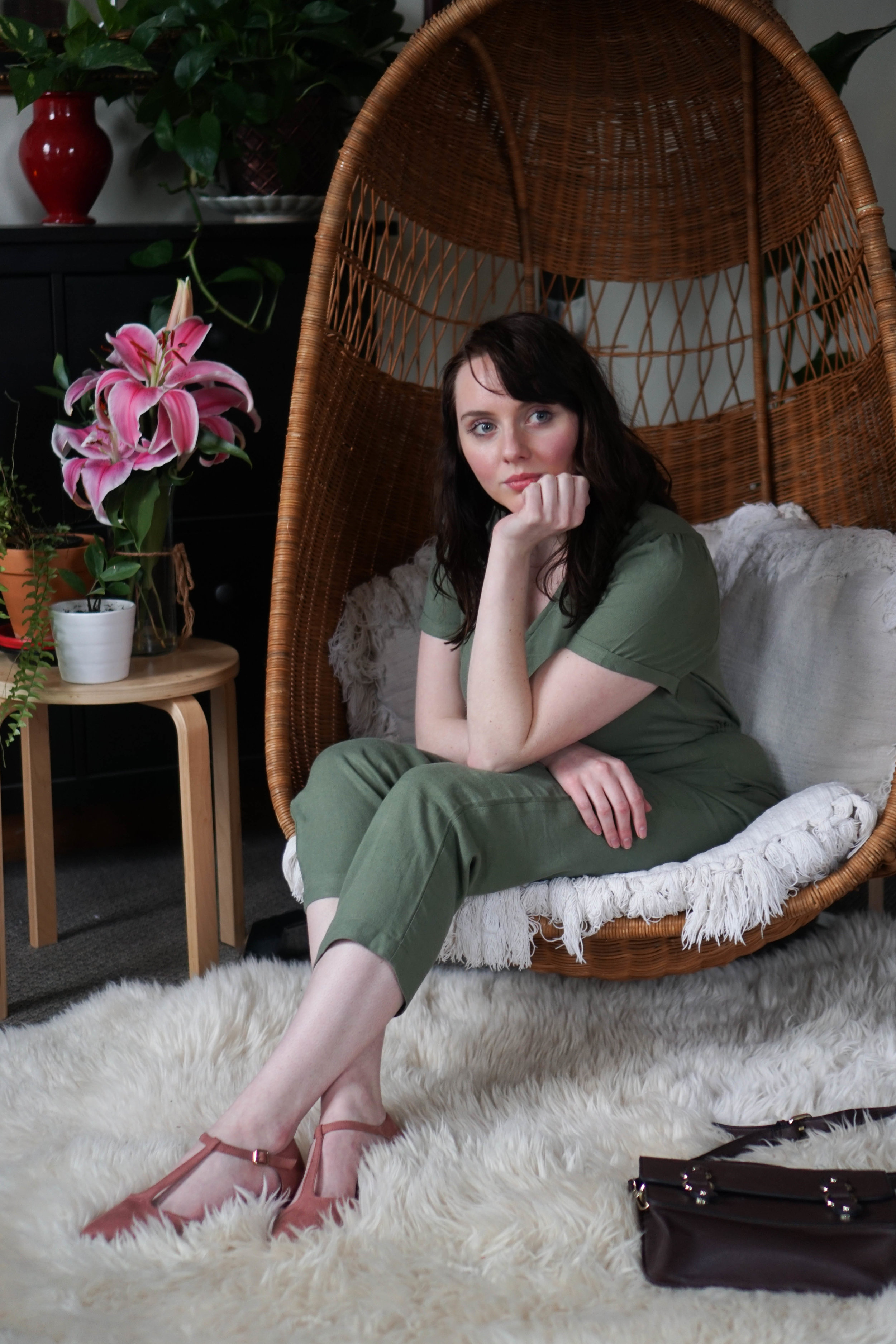 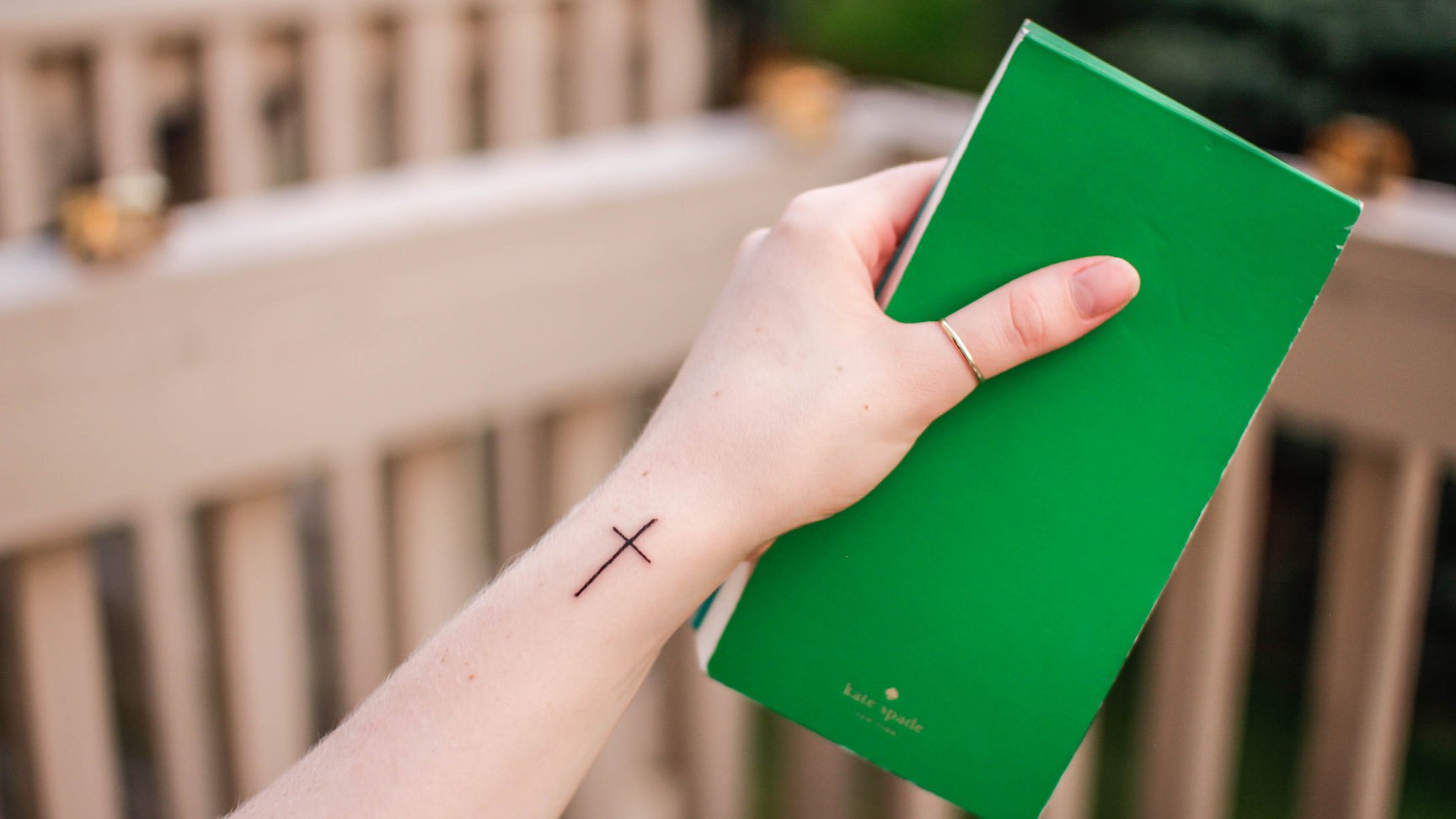 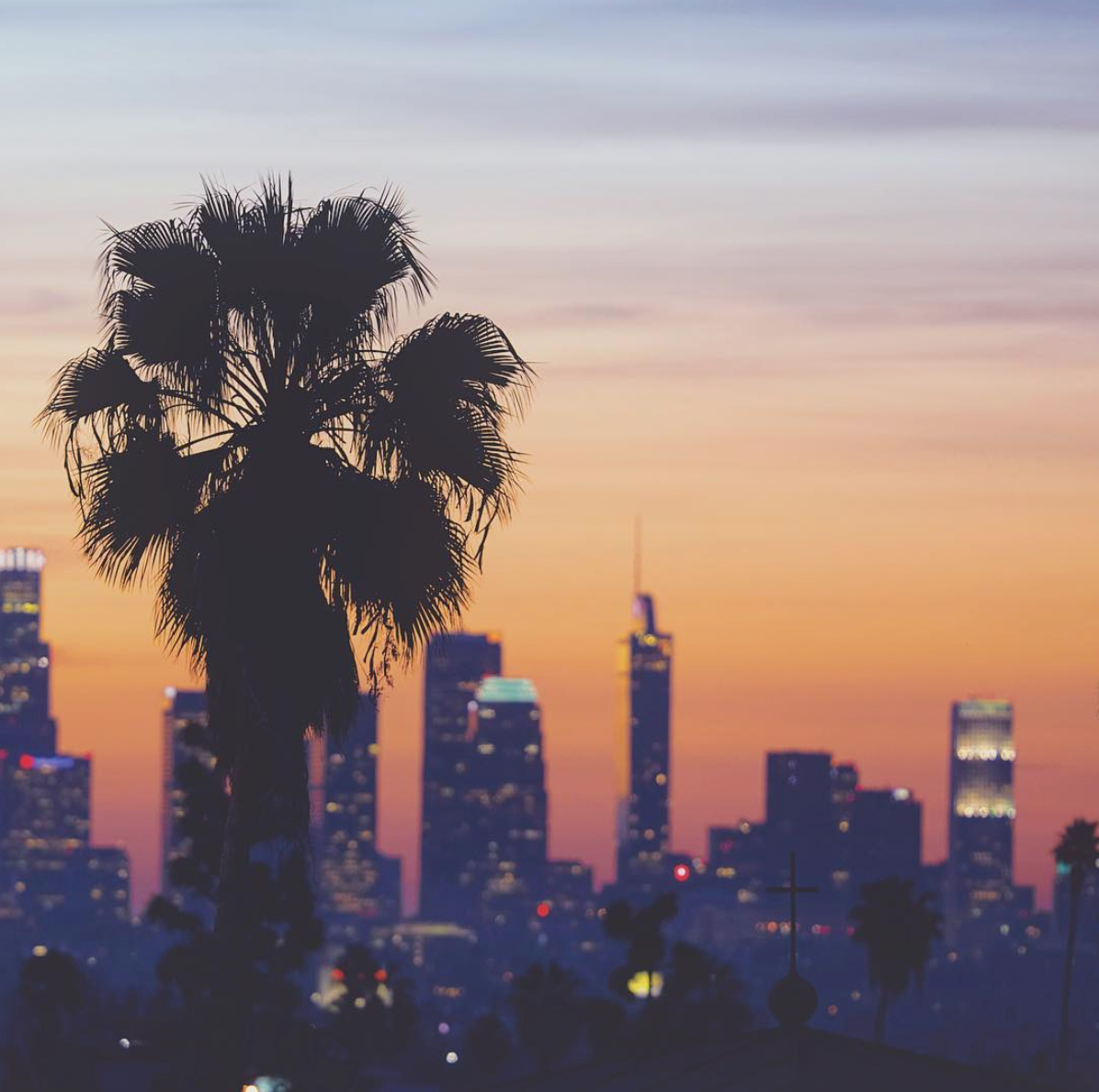