Hey folks!
Last month I went down to Tennessee with Early June, who record a couple new tracks. If you are not familiar with Early June, that’s okay- I’ll tell you about them! Ryan, Eric, Zach and Nikki are a local Chicago pop-rock band. They speak “to an adventurous generation with unforgettable “top 40” vocal melodies, complimented by hard hitting yet delicate alternative rock elements”. Last Spring, Early June debuted with their freshman EP titled ‘Speak With Your Heart”, which was produced by Aaron Gillespie. They have shared the stage with Hands Like Houses, Enter Shikari, The White Noise,  Icarus The Owl and more.

Over the course of ten days, we were able to explore while being in and out of the studio. We managed to eat at the most incredible places and enjoy the Southern vibe. I’m tempted to drive back to Maniac’s right now for more of their awesome chicken. Pretty sure I would cry if they decided to open a second location in Chicago *hint-hint*.

This cool piece is located in 12 South, next to Edley’s & Draper James.

Still in 12 south, located across the street from draper james is this newly painted “nashville” piece.

We took a break from photos and wall art exploration, to cool down with cold sodas from “The Soda Parlor”. This place is awesome! They have so many drinks to choose from.

From the Jamba runs, giant Chipotle bowls, thrift shopping and singing Michael Jackson at the top of our lungs, these guys sure kept it interesting.

Aside from discovering cool new places to eat and experiencing Tennessee, I have to say my favorite part of the trip was having the opportunity to witness first hand the creativity and process behind what it takes to put a record together. It was incredible to see how guitar parts were transformed from a late night idea and turned into a song.

One of the days in the studio,  I forgot my laptop at the hotel. This turned out to be one of the best things that could have happened. I was able to fully be in the moment. While I was “unplugged” for the day, I picked up on little things that I would have not noticed if my nose was in front of a screen. For instance, when Eric heard a part in one of the songs he really liked, he would turn to Ryan and they would give each other these “yeah” nods. I also observed JHall’s on the spot ideas. When he thought of something cool to add to a song- being a new element or tweaking an already recorded part, he would grab his notebook so fast, it was as if his life depended on it. After jotting things down, he began passionately testing out the idea.

Thanks J Hall for showing us around/ giving us the lowdown of the town, enabling our Altoid addiction, having groovy studio lights and teaching us a new game. you rock! 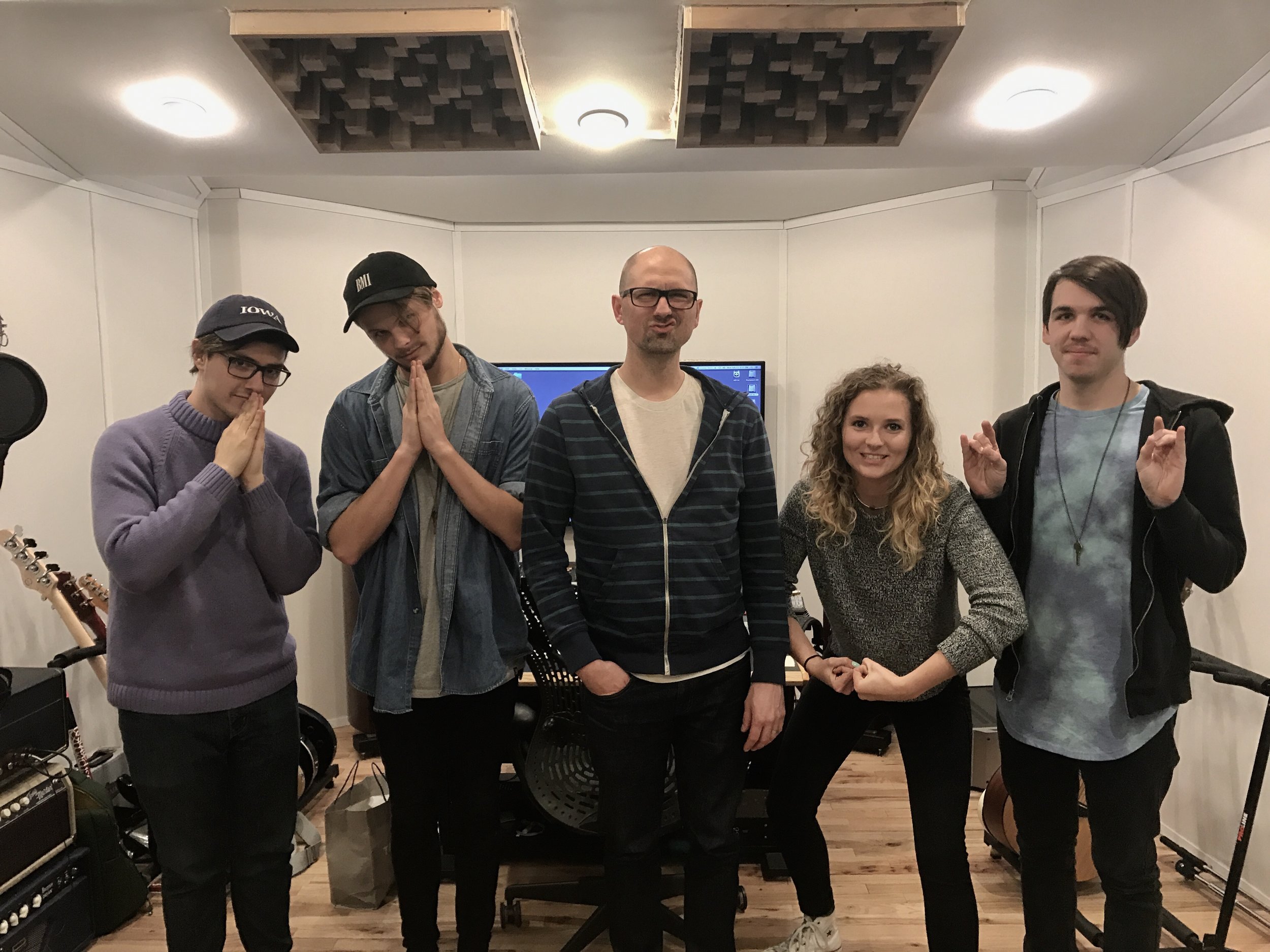 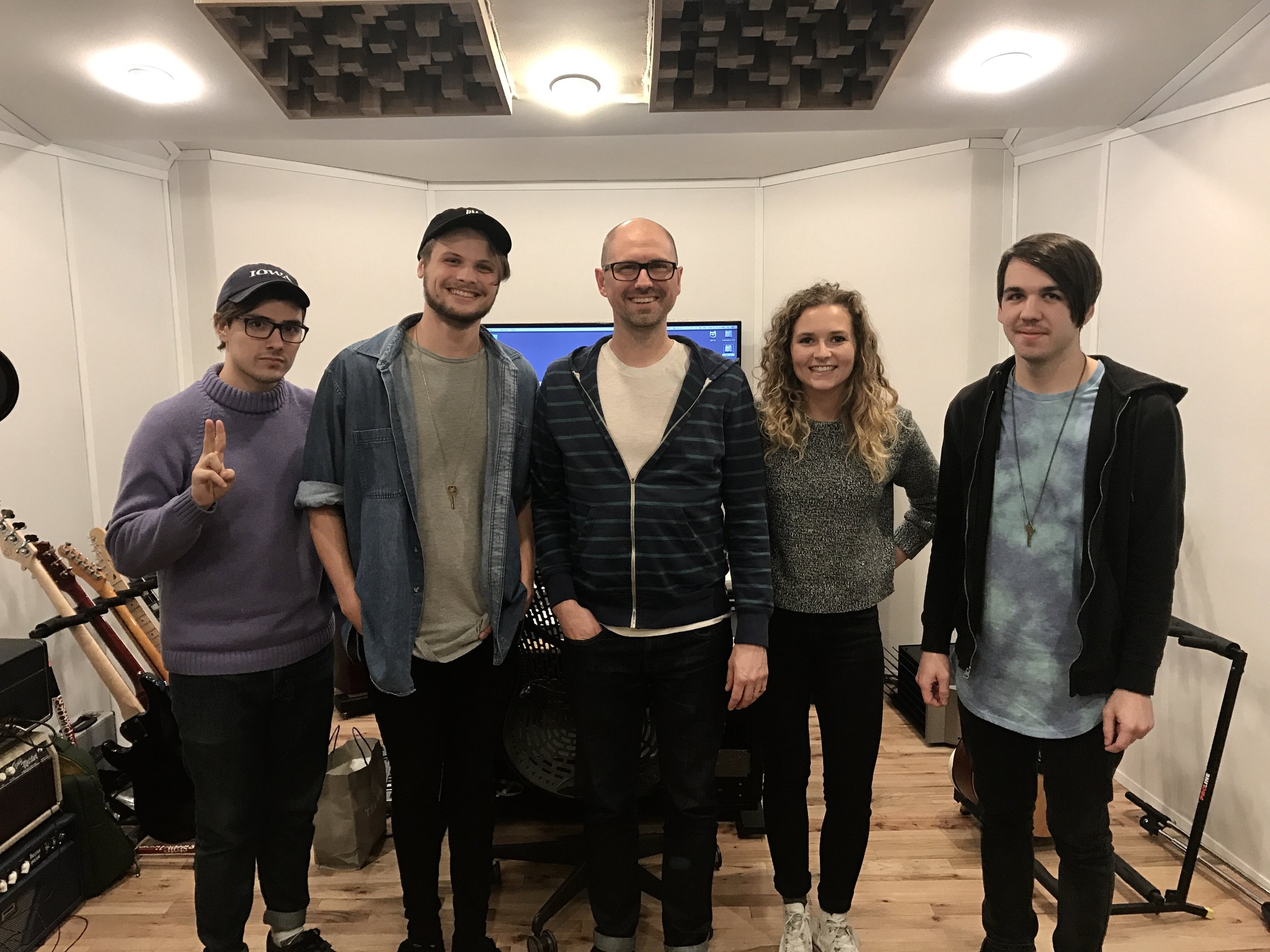 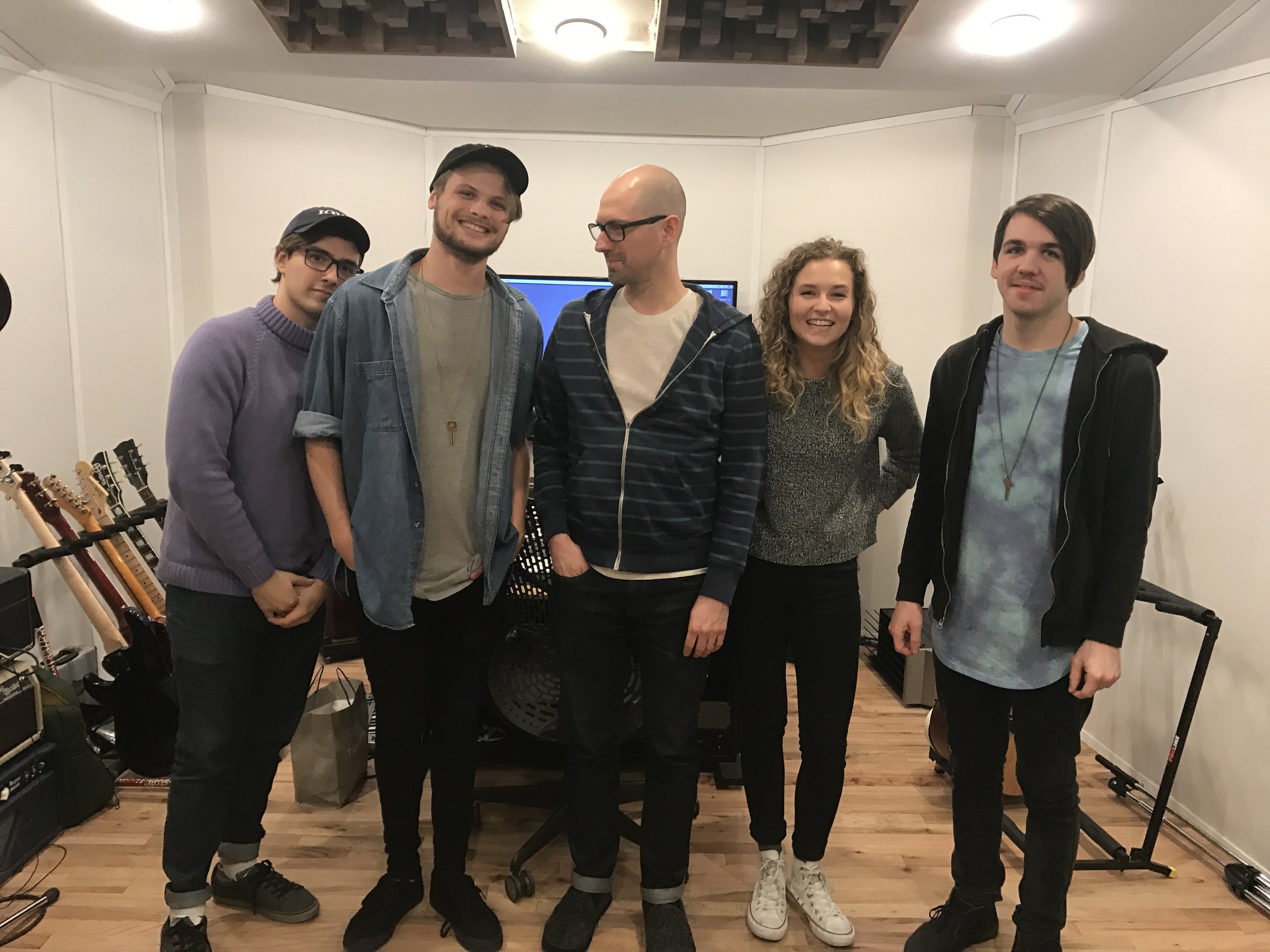 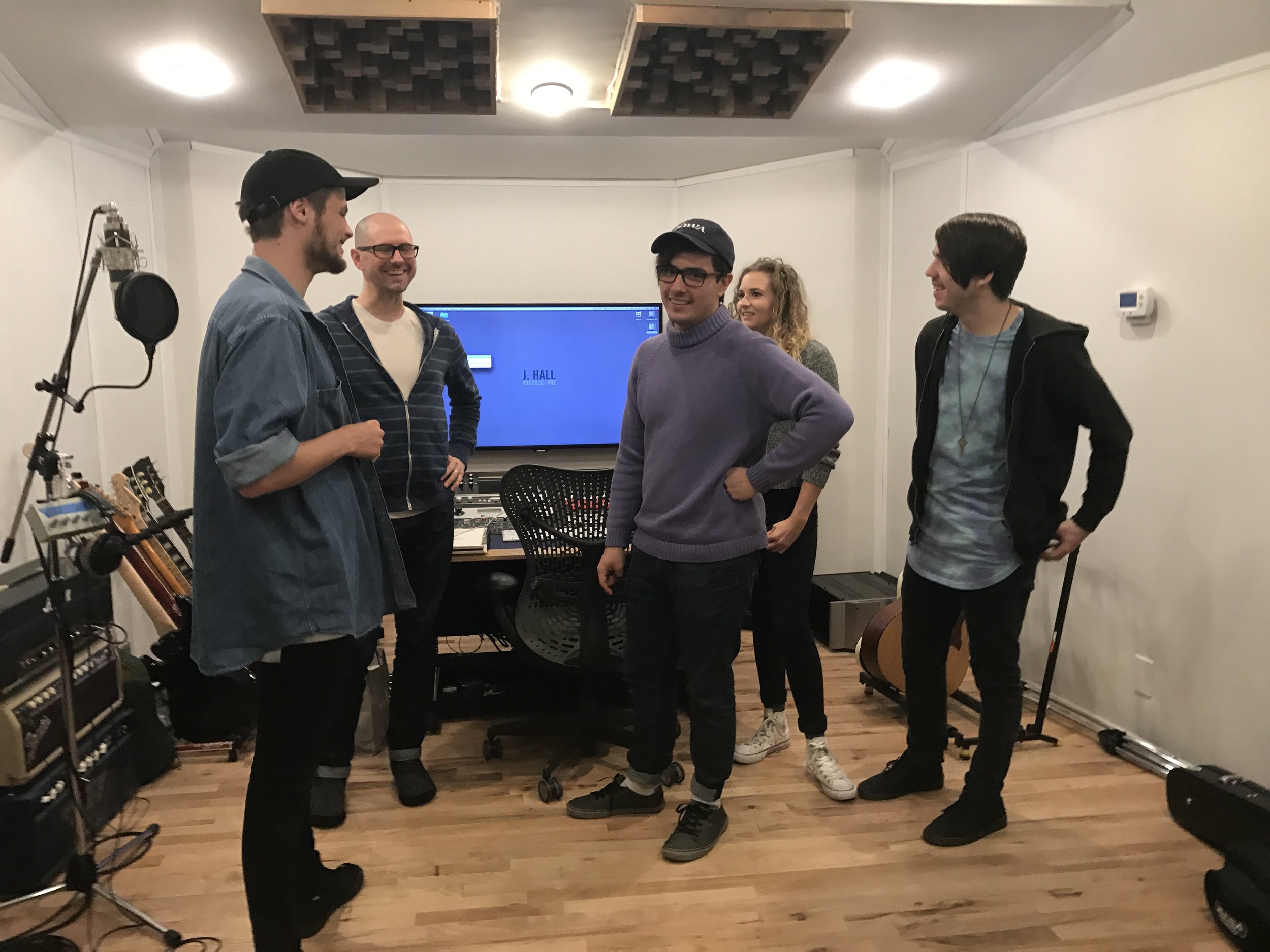 Above all, I felt proud to be there. I was able to reminisce over the past year and about the very first time I saw them perform/ met them. Oh my have they developed as musicians. It’s been a blast walking a long side of EJ. I will always be proud of what each of these people have achieved collectively and as individuals.

The Adventure coming to an end.

Shoutout to the awesome people who followed along via Snapchat! 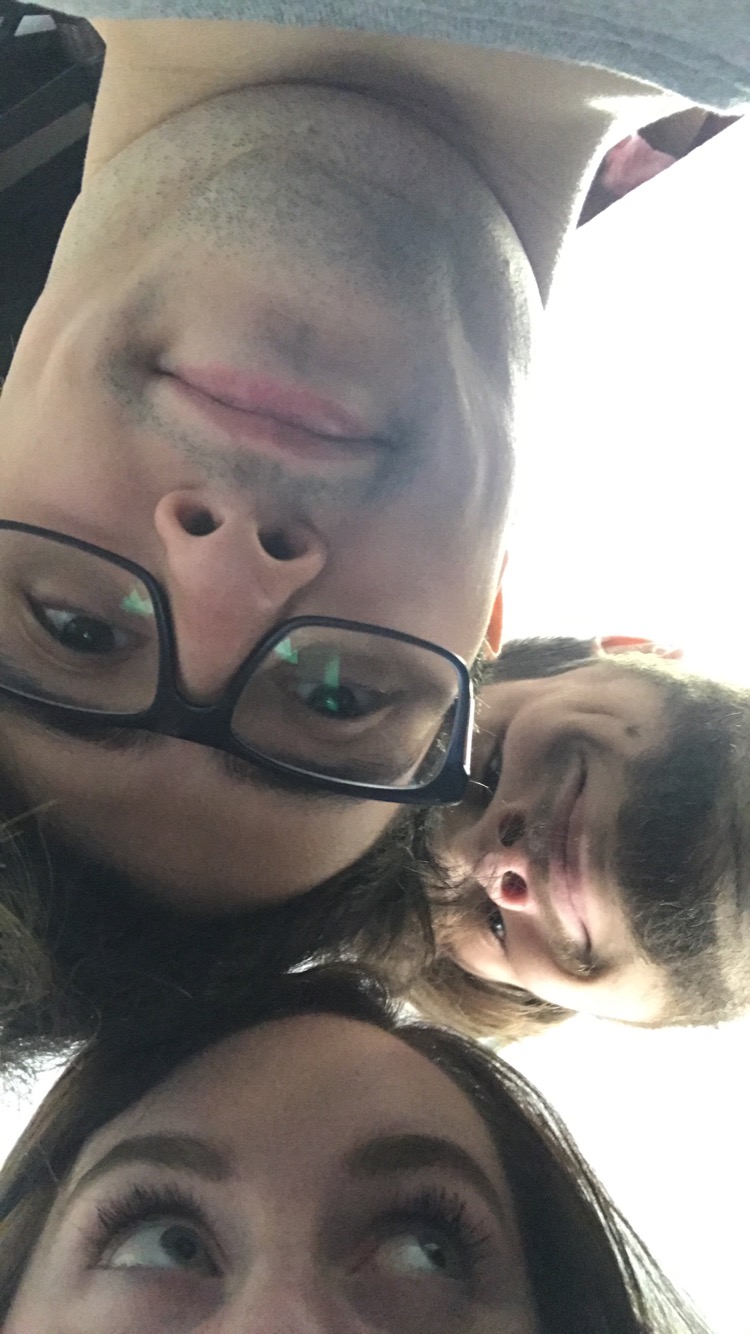 We Cute. We Cute. 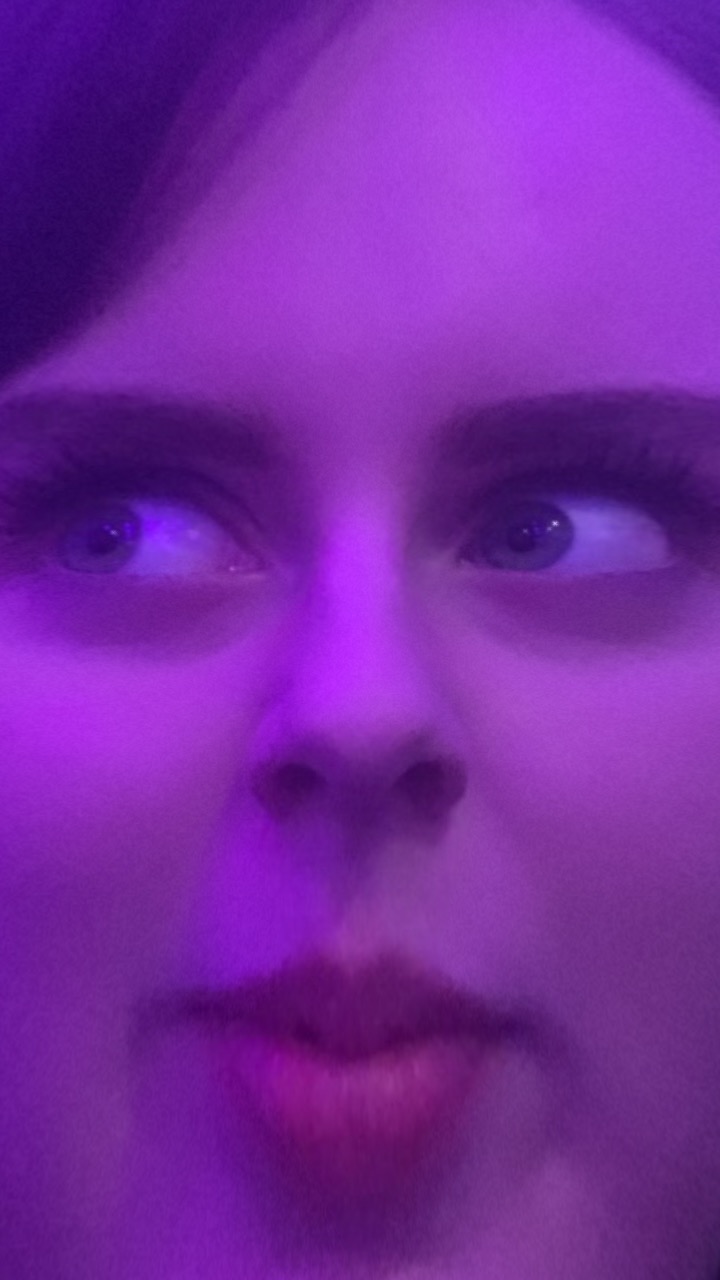 Saw The Waiter With My Food 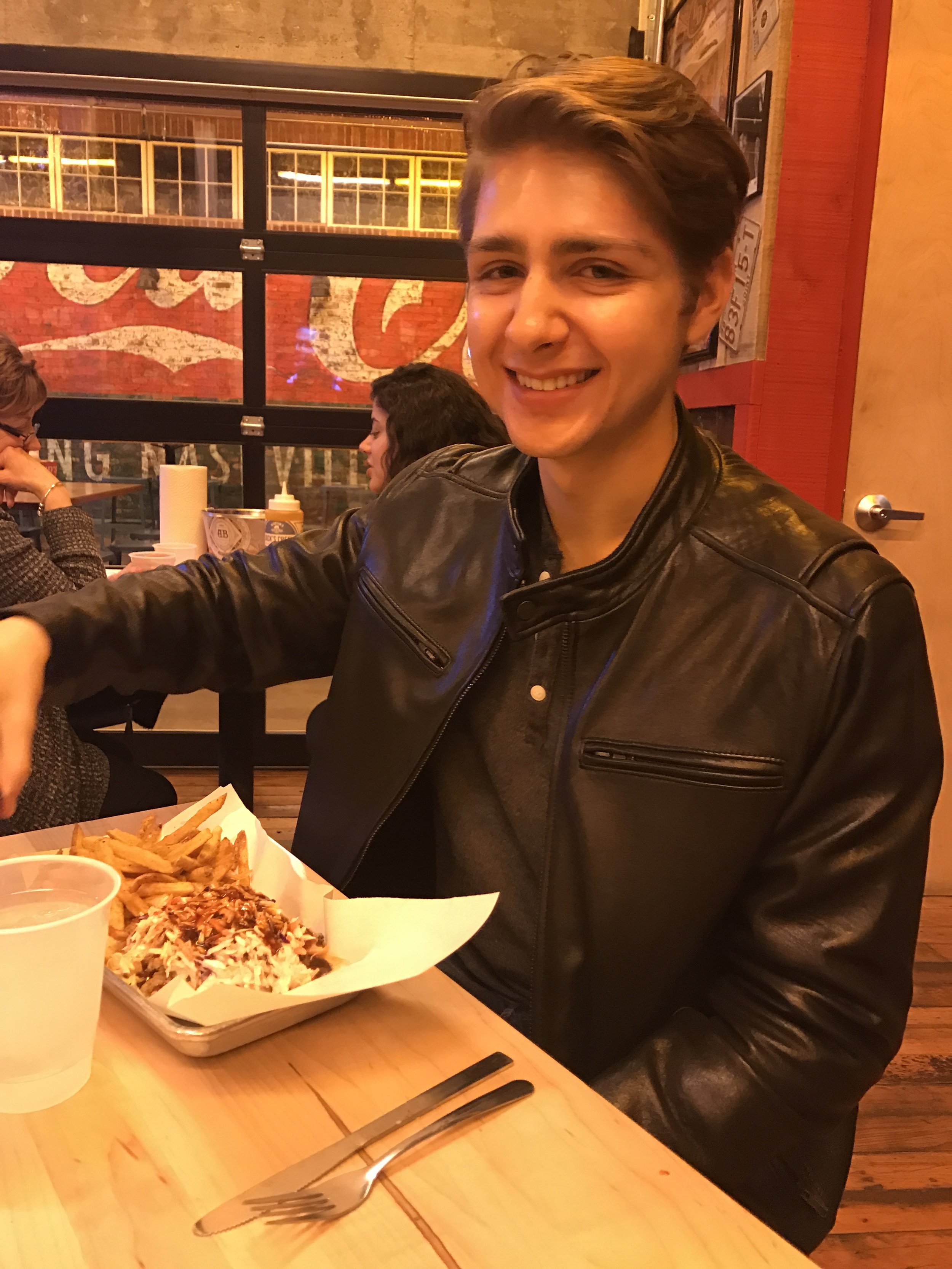 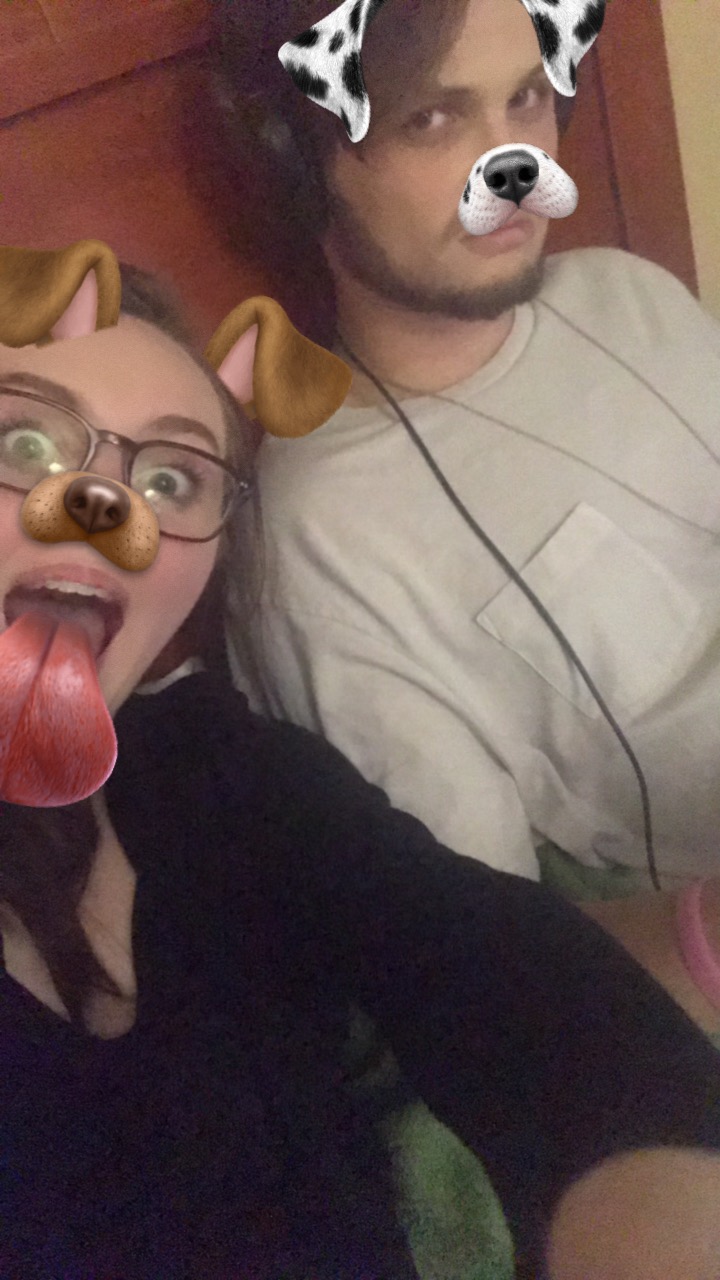 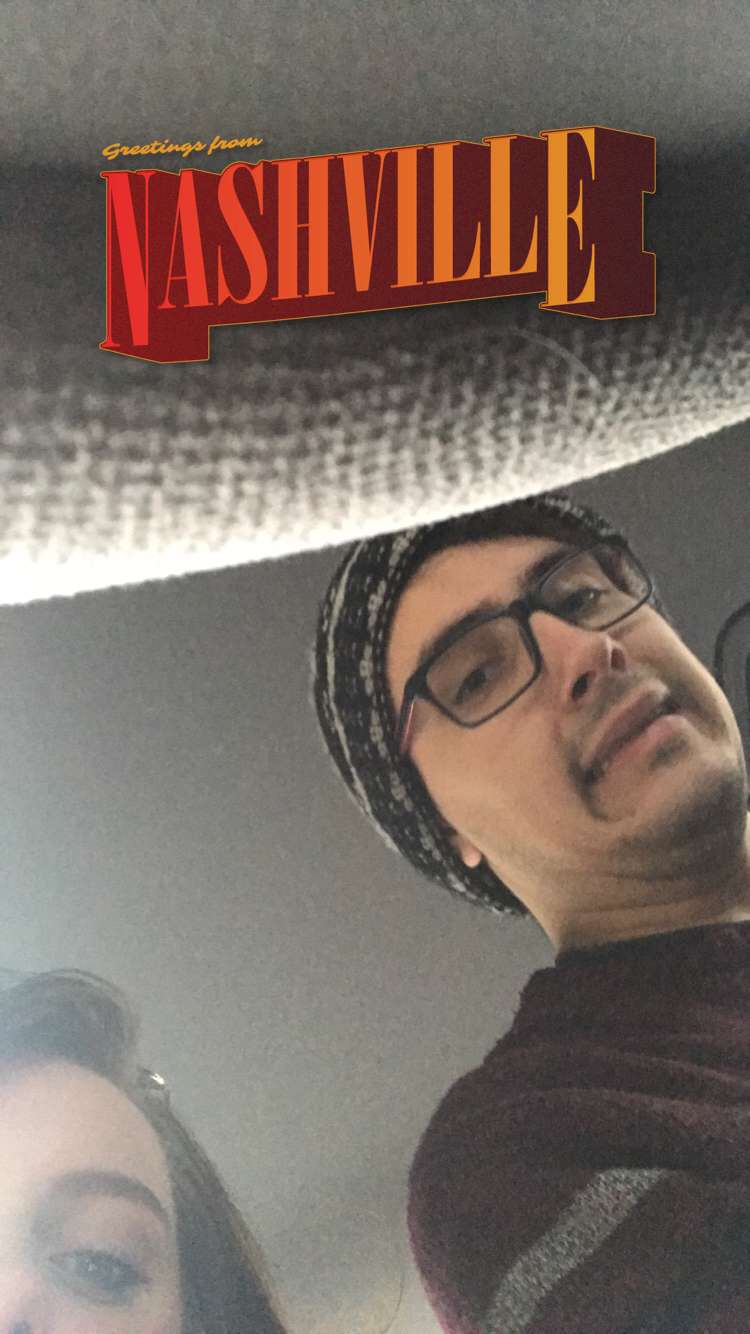 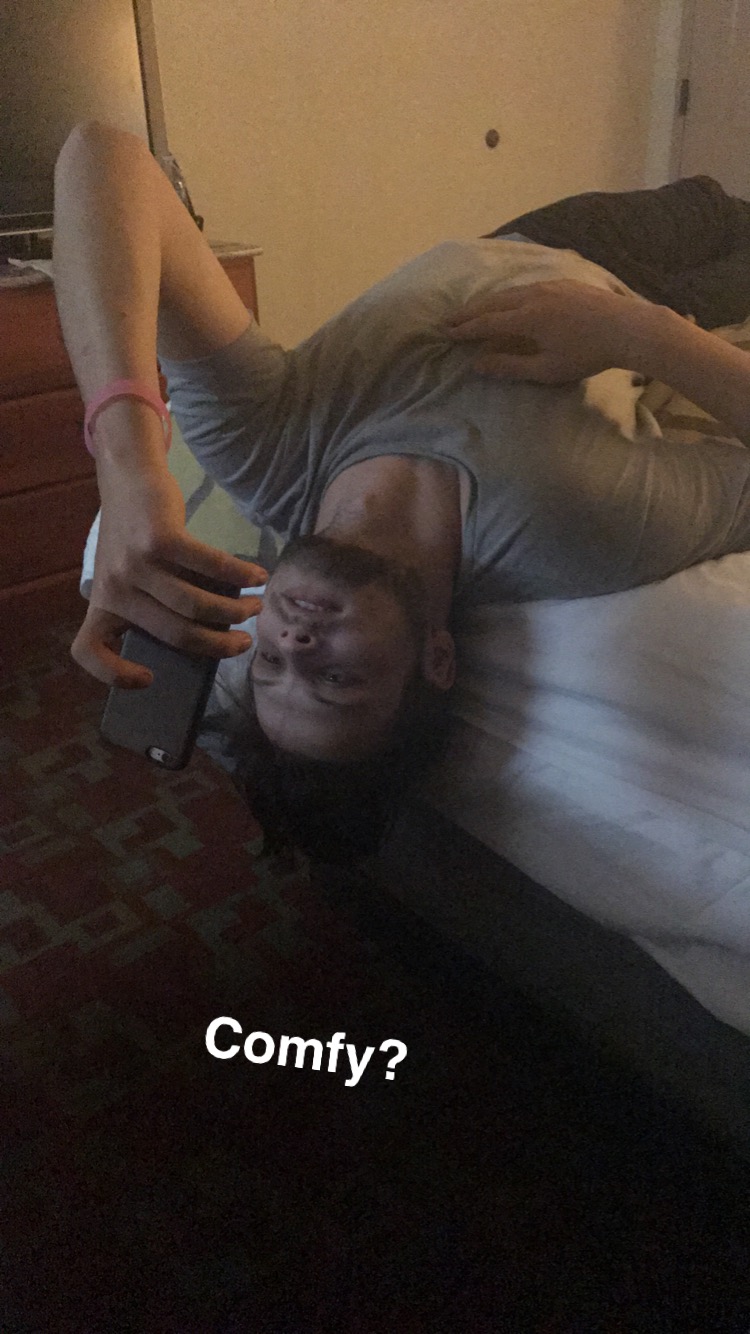 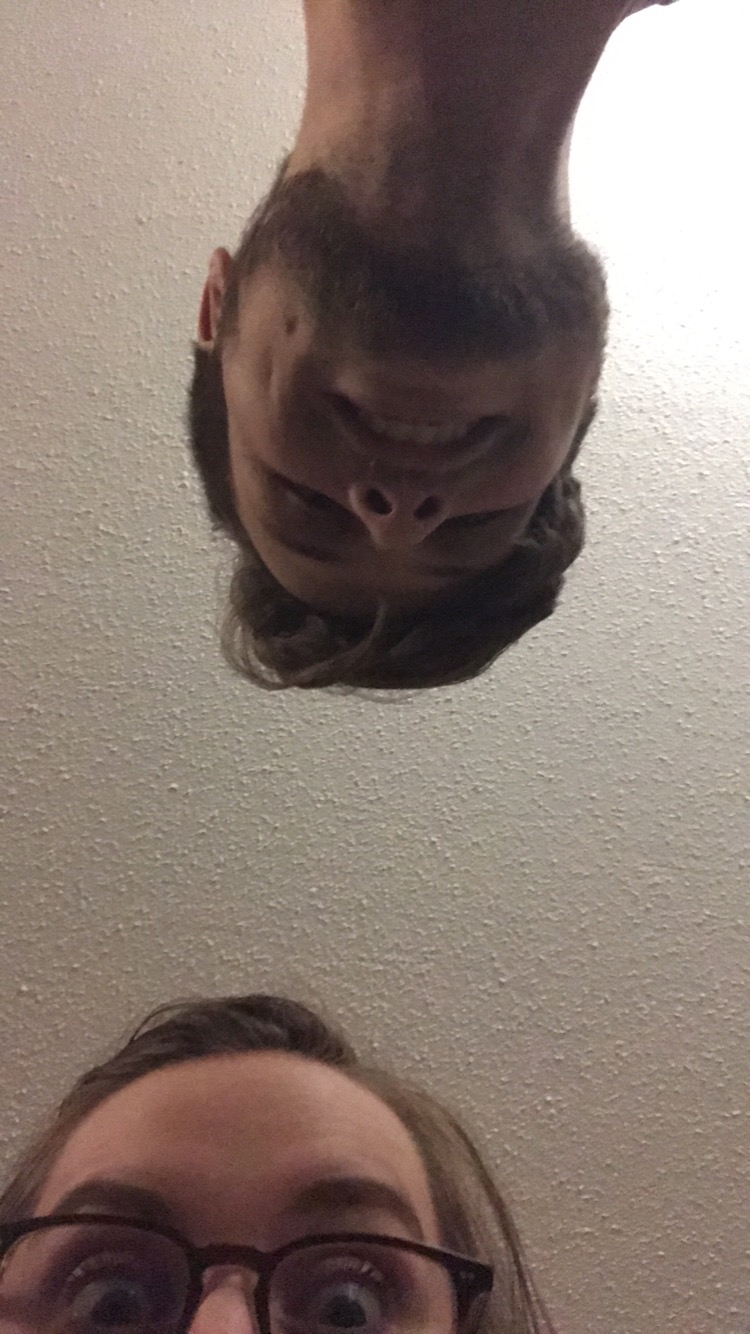 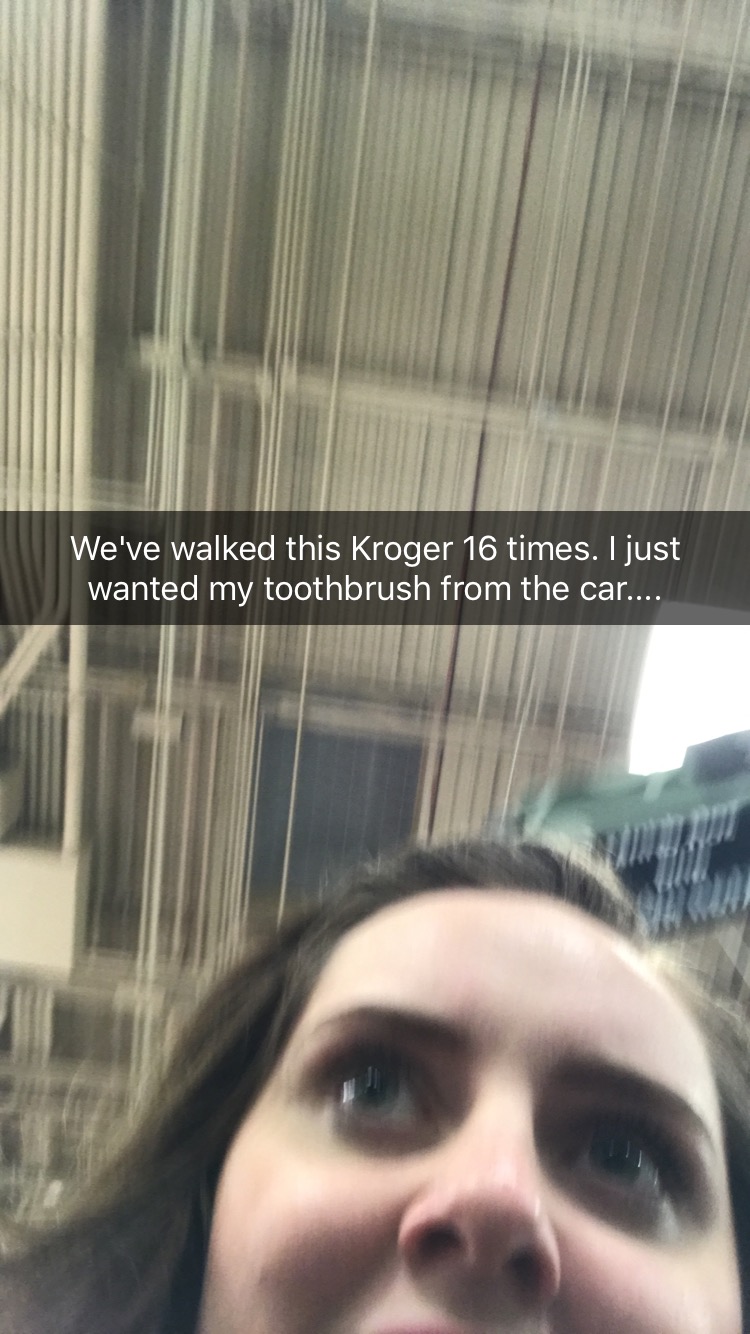 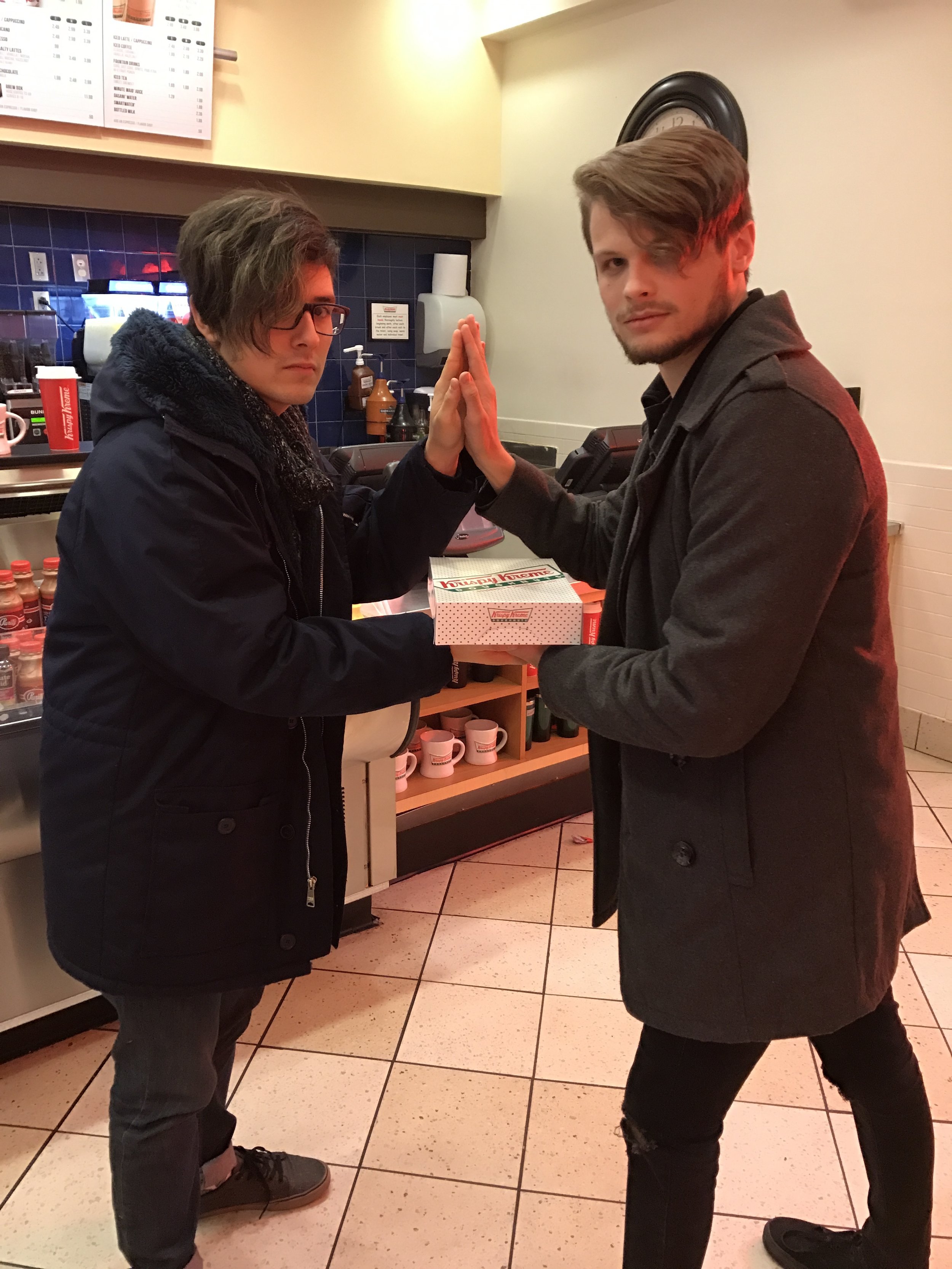 @God, Thanks For Doughnuts 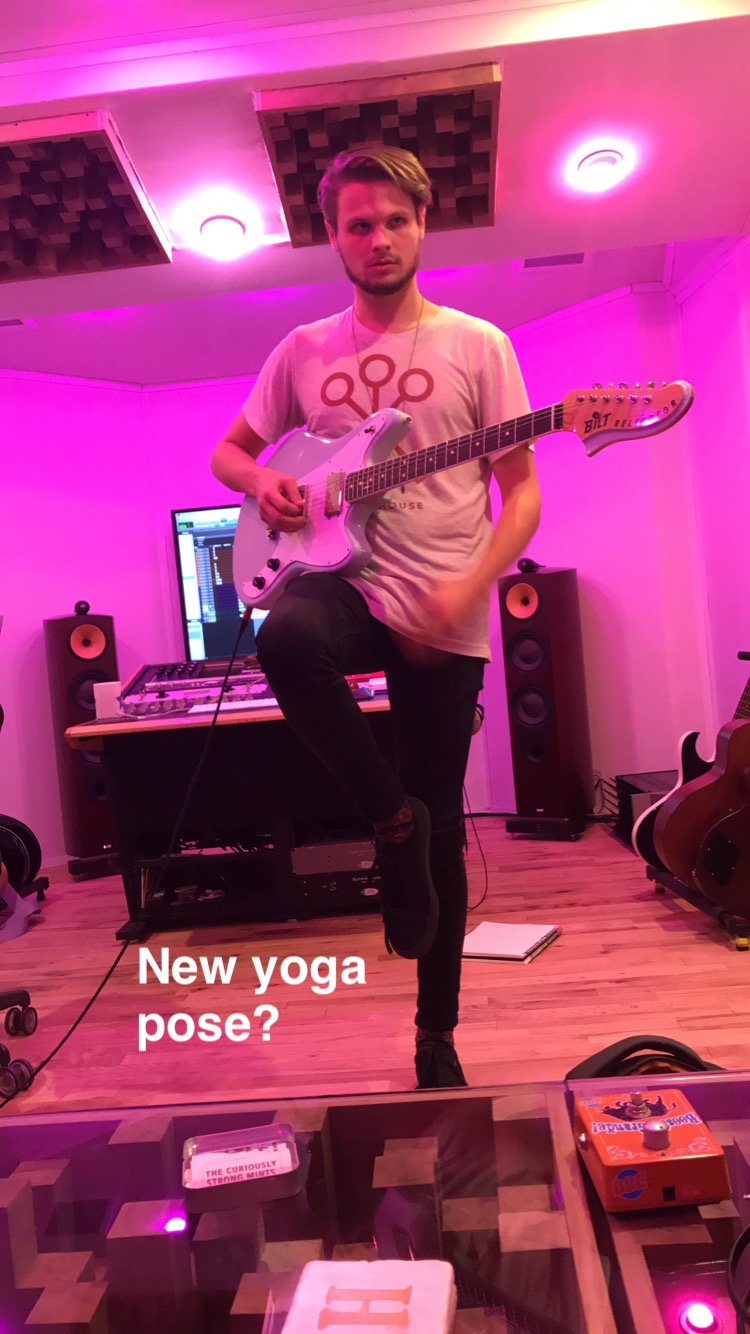 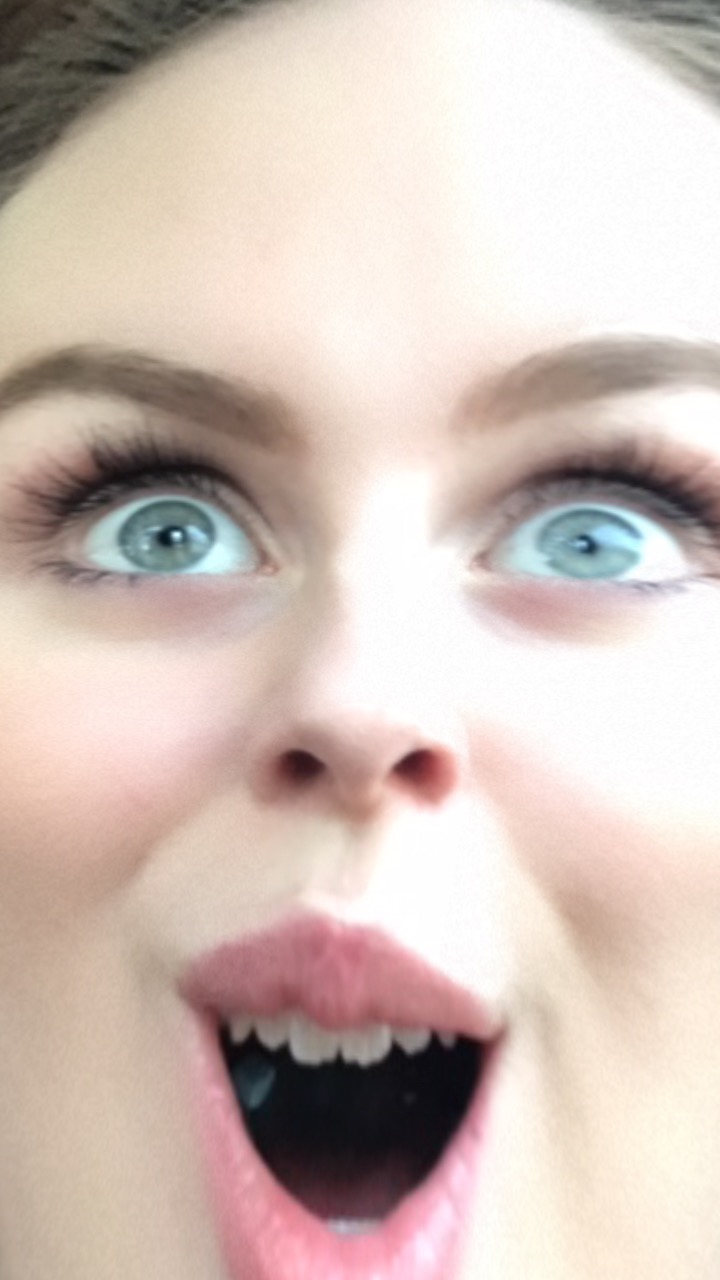 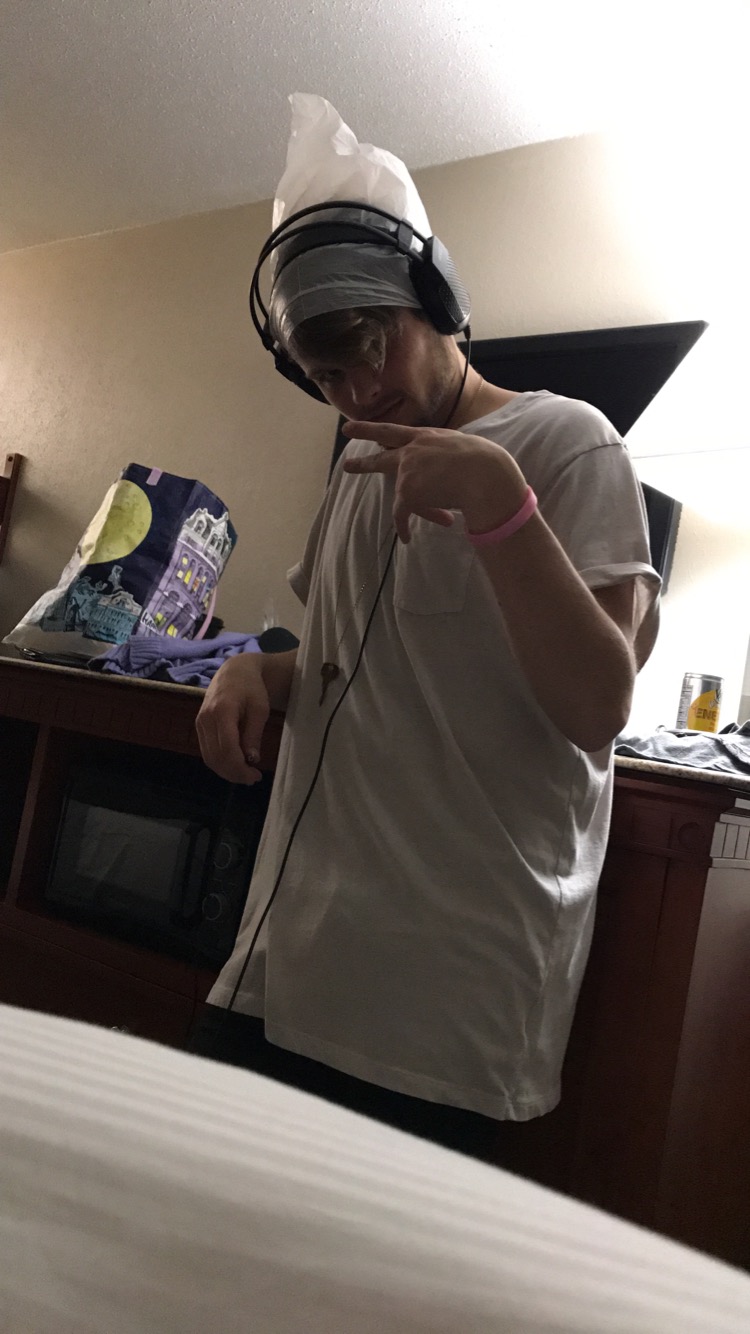 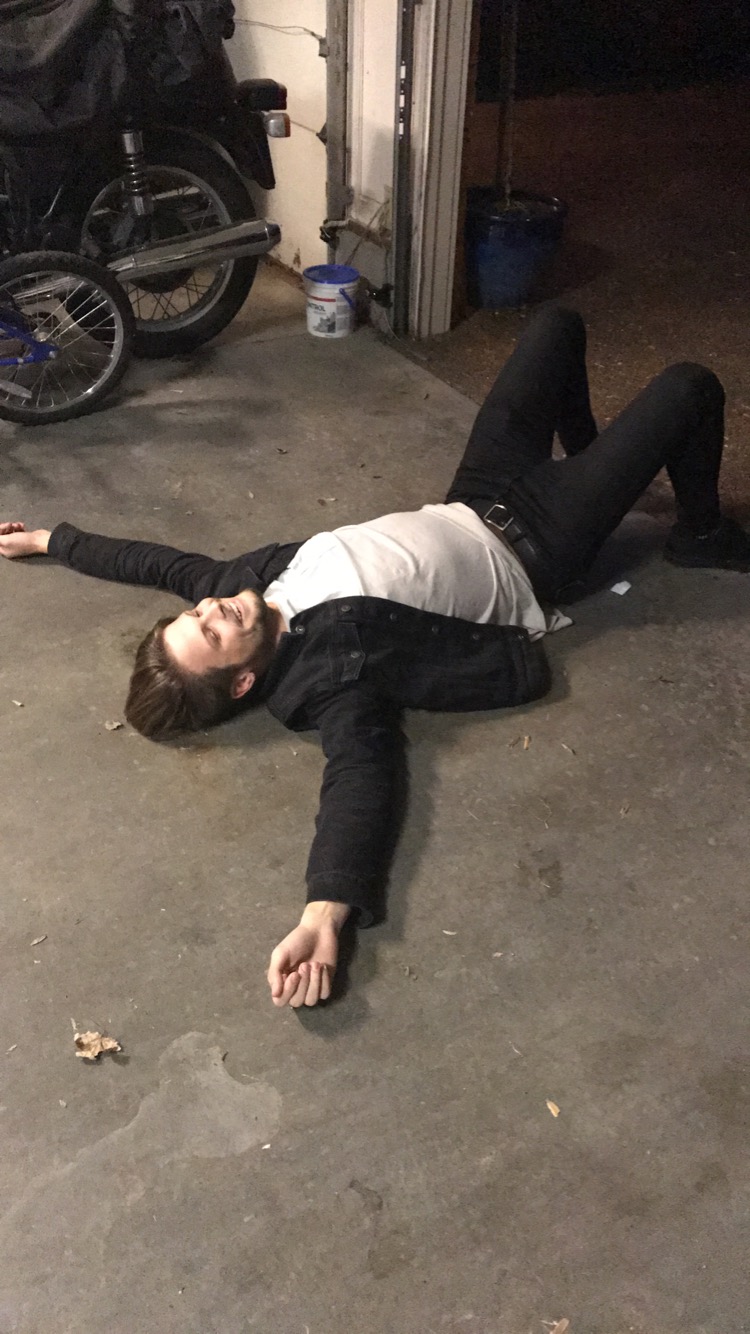 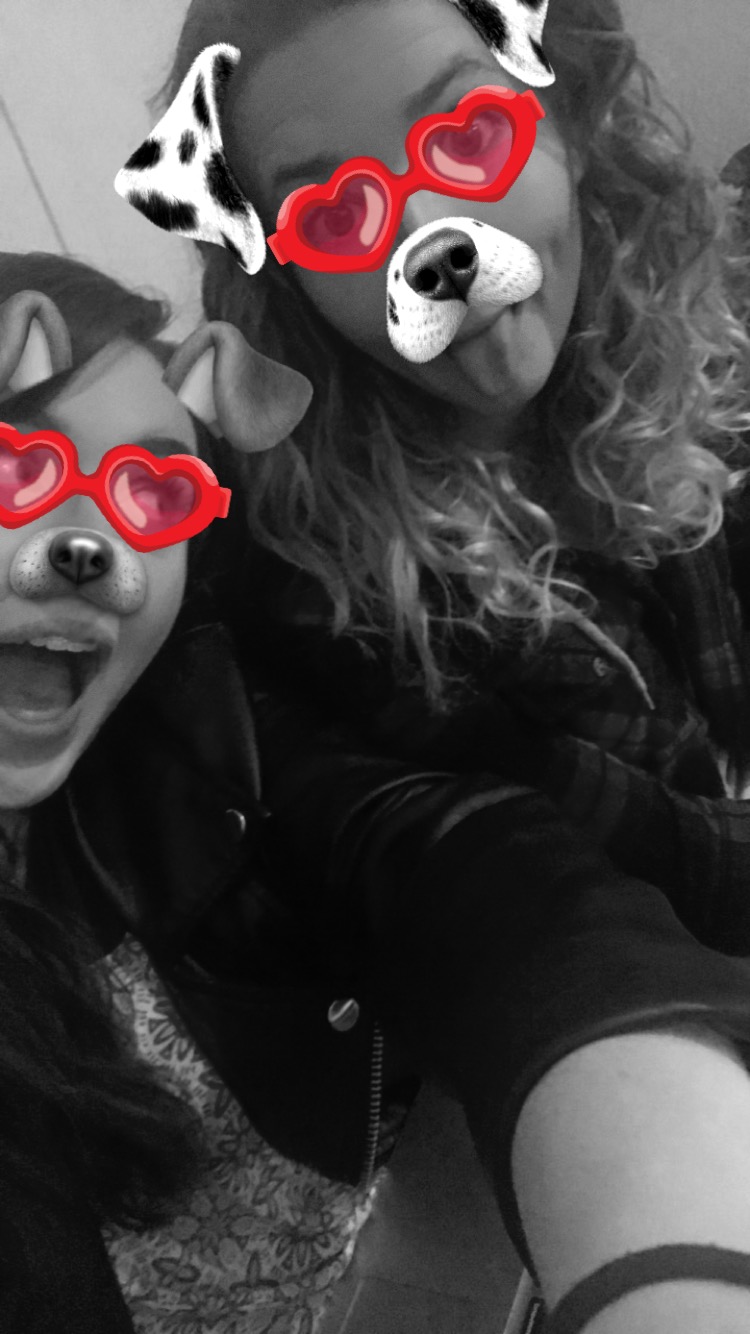 She Wasn’t A Moody Pup 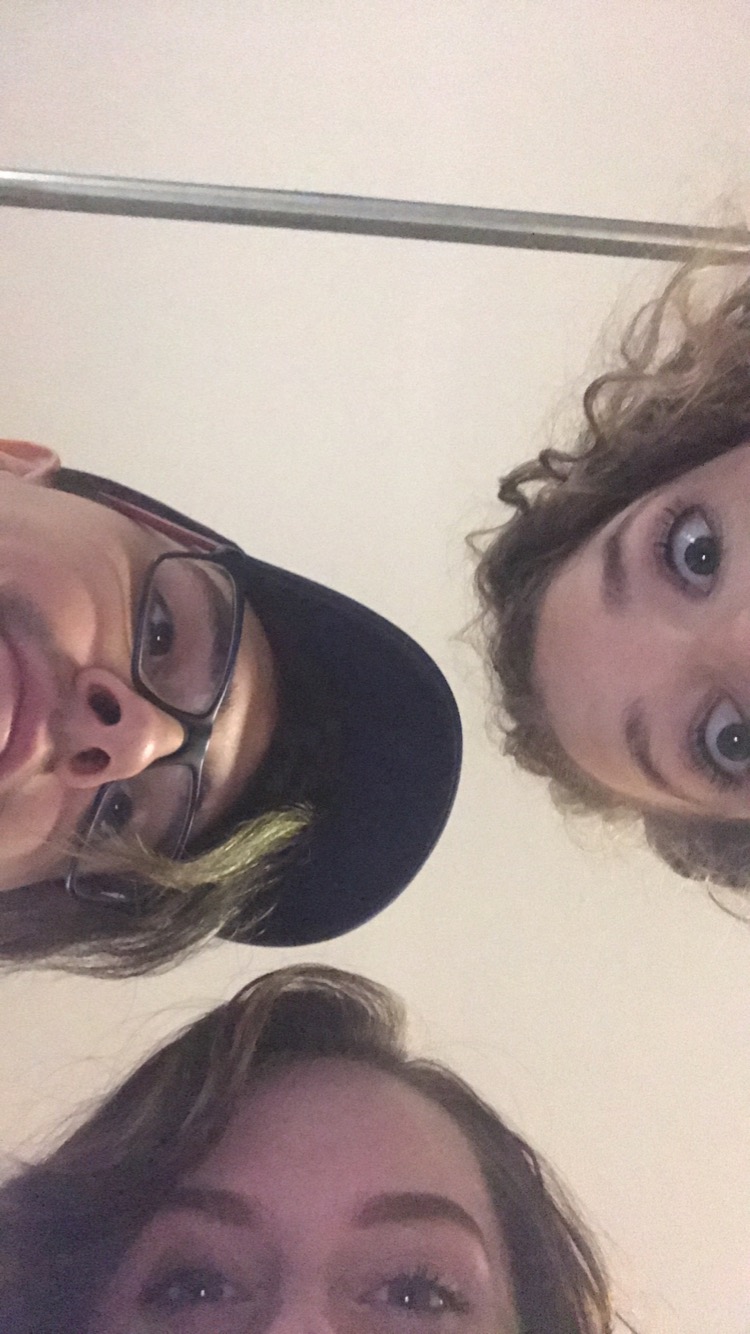 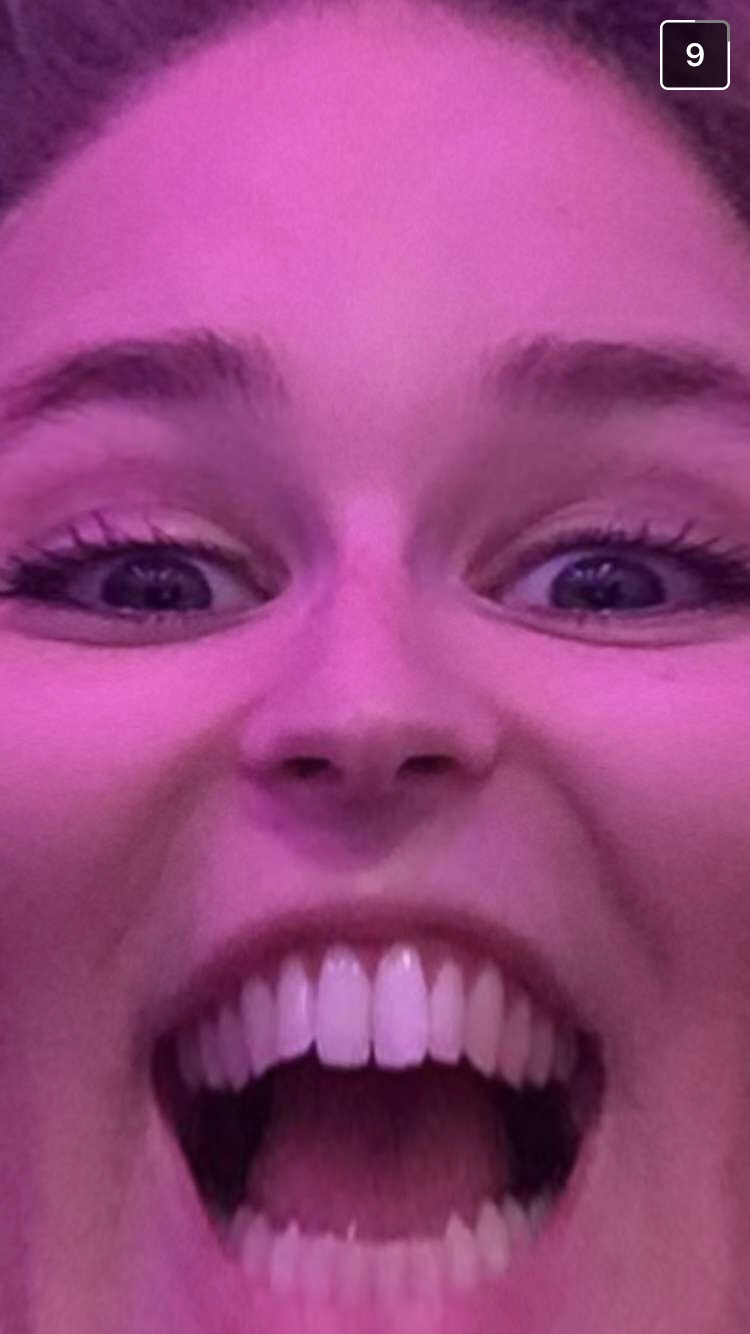 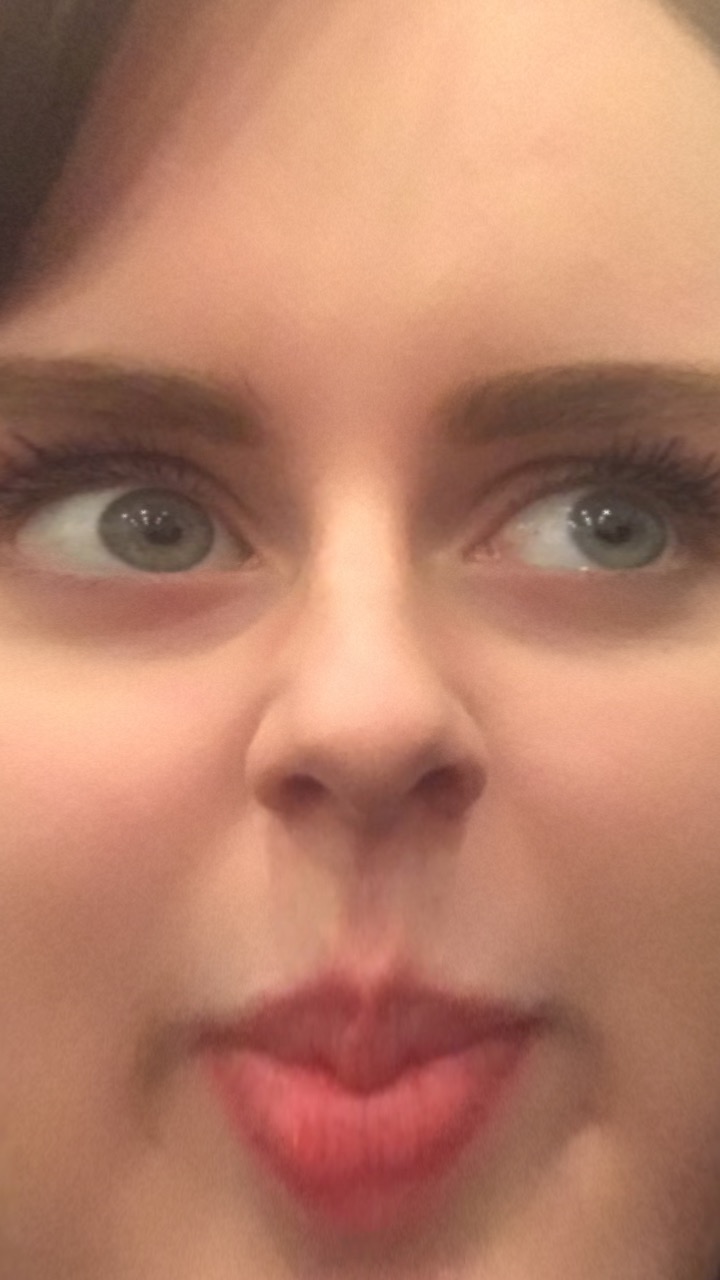 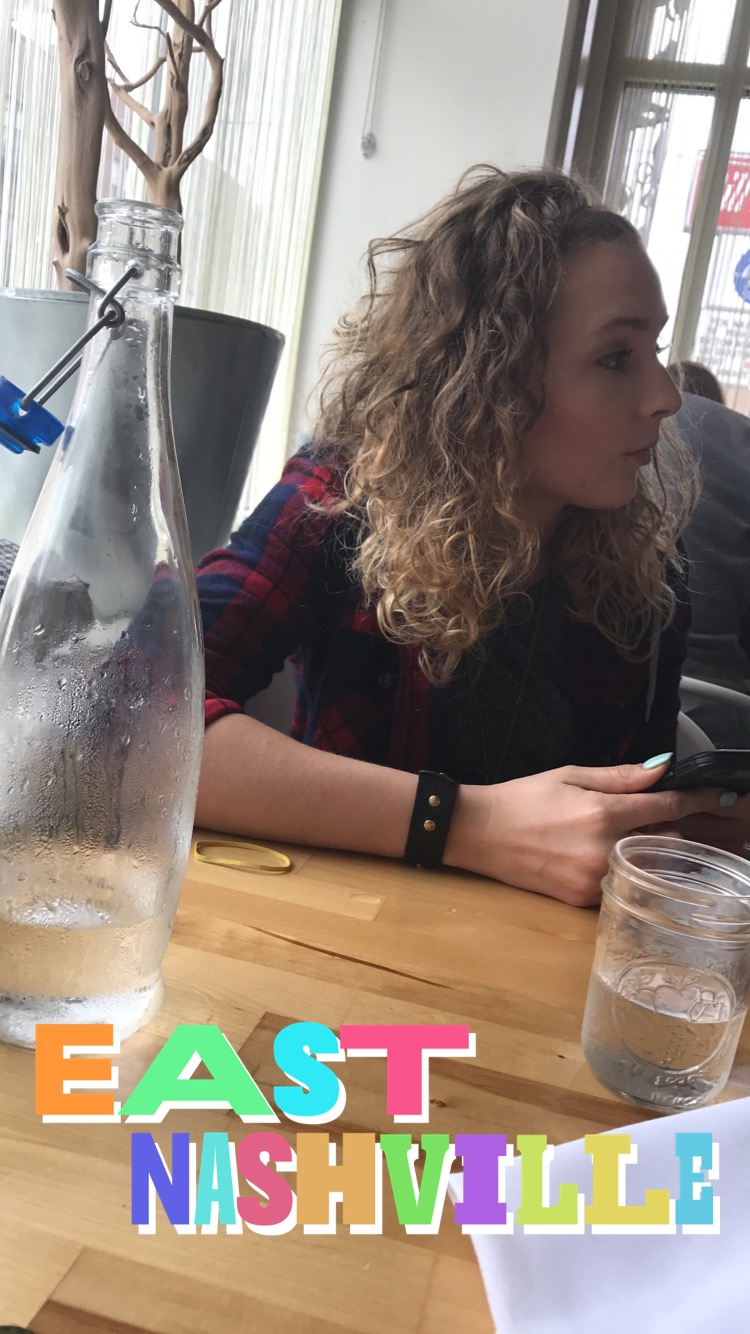 IDK But There’s A Geotag 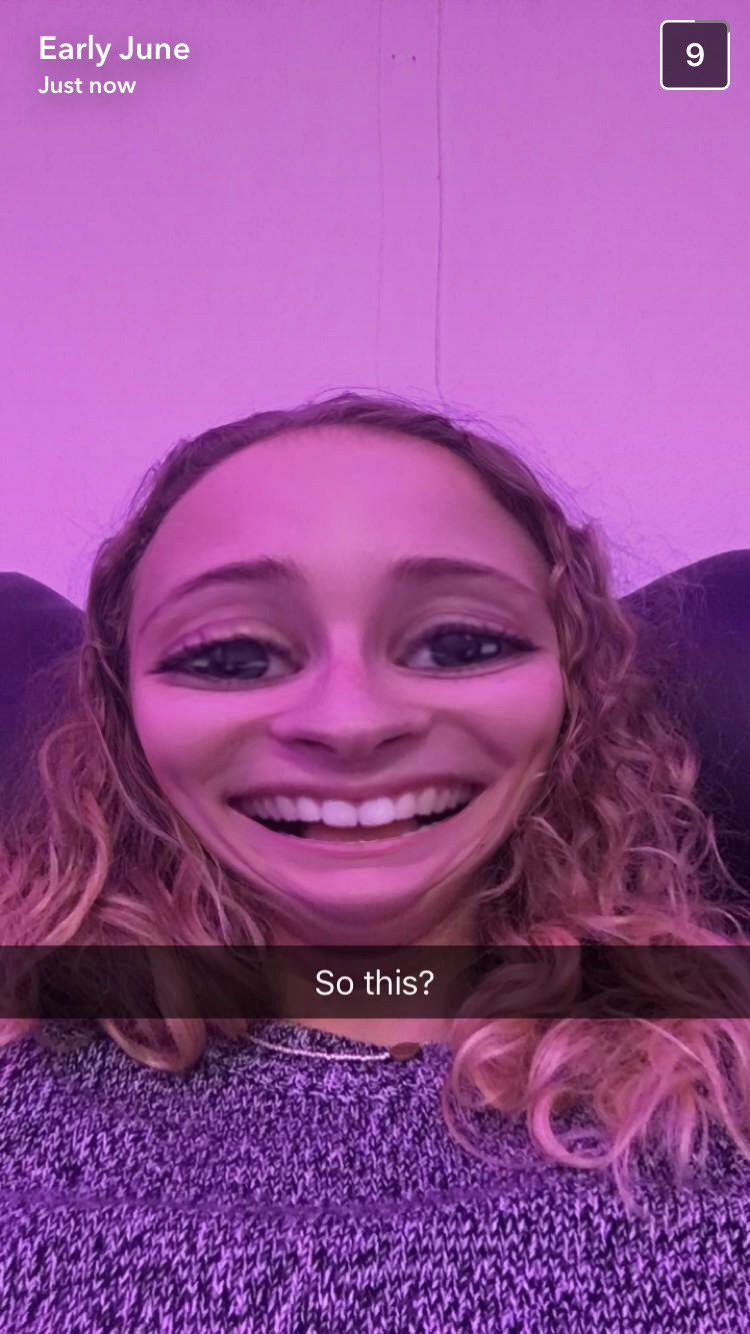 Figuring Out The Band’s Image 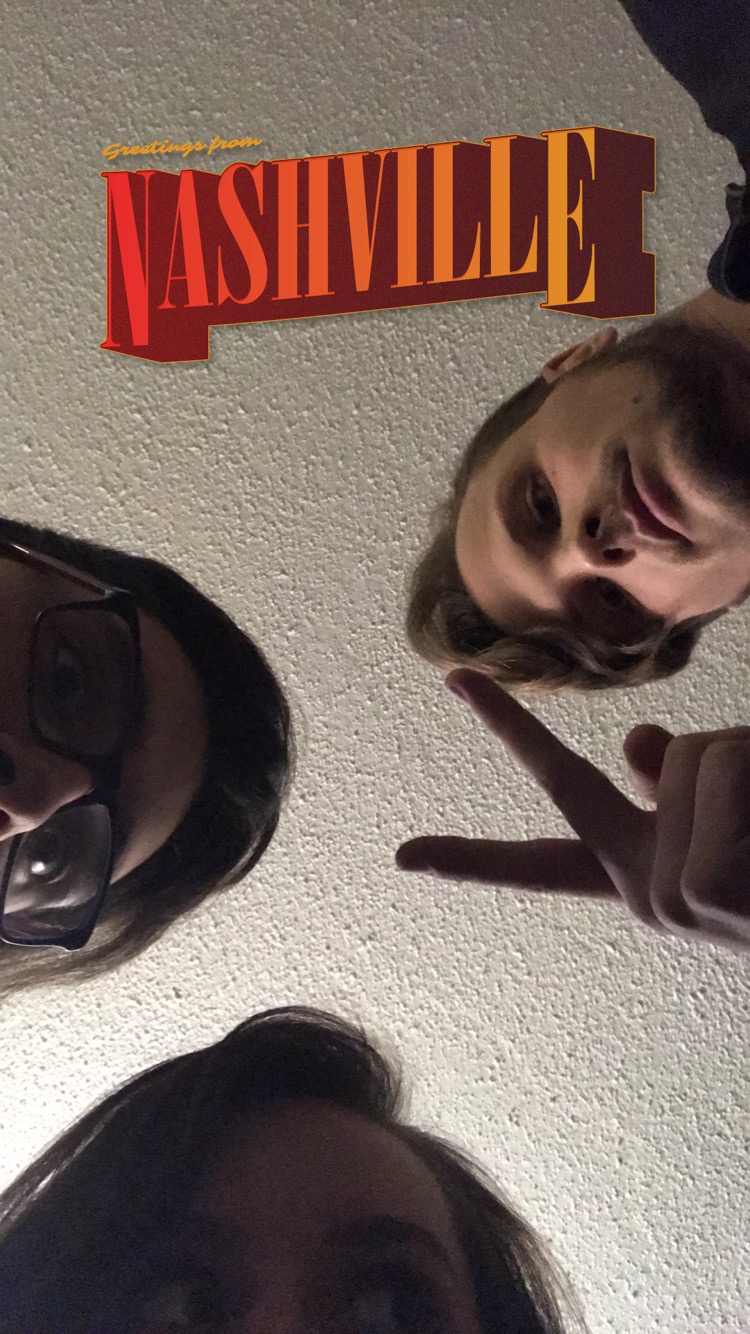 The Most Epic Trio To Exist Ever.

Keep an eye on my Twitter (@Macailab13) to see bonus photos and videos that were not included in the article. I’ll be using the hashtag: #10inTenn